In the new issue of Wisden Cricket Monthly, out July 15, Phil Walker tries to wrap his head around what has happened to England’s Test team this summer, and considers where their bold new strategy could take them and the format at large.

Elsewhere, we speak to Moeen Ali about what the future might hold for him, seven emerging female stars tell us how professionalisation has impacted their lives and careers, Daniel Brigham re-examines the impact made by Andrew Strauss on the 10th anniversary of the former England captain’s retirement, and Jon Hotten tells us what it’s like to collaborate with Geoffrey Boycott.

Mark Ramprakash gives the inside track on how Eoin Morgan’s otherness seduced English cricket, Mark Alleyne talks to Taha Hashim about the merits or otherwise of positive discrimination, Raf Nicholson gives her analysis of the women’s Test at Taunton, and Lawrence Booth reports from the Netherlands after a very enjoyable – but probably one-off – tour.

We also have a guest column from Tim Wigmore on the eye-watering IPL broadcasting deal, an interview with spin wizard Mushtaq Ahmed, and more otherworldly brilliance from Andy Zaltzman.

“The laws of what constitutes success are shifting. The terms of failure have been redrafted. It will work, and it will not work, but the game is the thing. Always.”
Phil Walker on the extraordinary transformation of the England men’s Test team 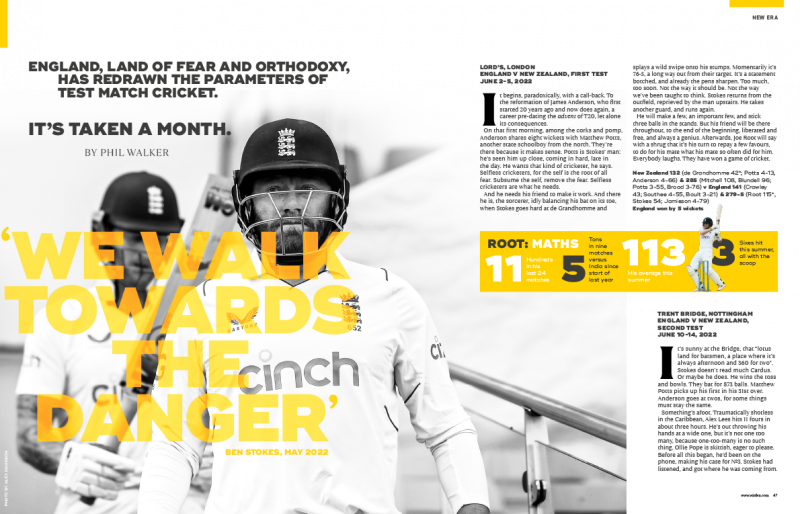 “When Eoin took over as captain, Ottis Gibson and myself, who were the specialist coaches at the time, were told not to say anything at practices. They just wanted to send clear and simple messages to the players about being very aggressive.”
Mark Ramprakash gives his insight on how Eoin Morgan reconfigured England’s white-ball cricket

“I’ve been watching it from the BBC box and been like, ‘Wow’. It’s always how I imagined I would want to play.”
In an exclusive interview, Moeen Ali says he’s been captivated by England’s bold new approach under the leadership of Ben Stokes and Brendon McCullum 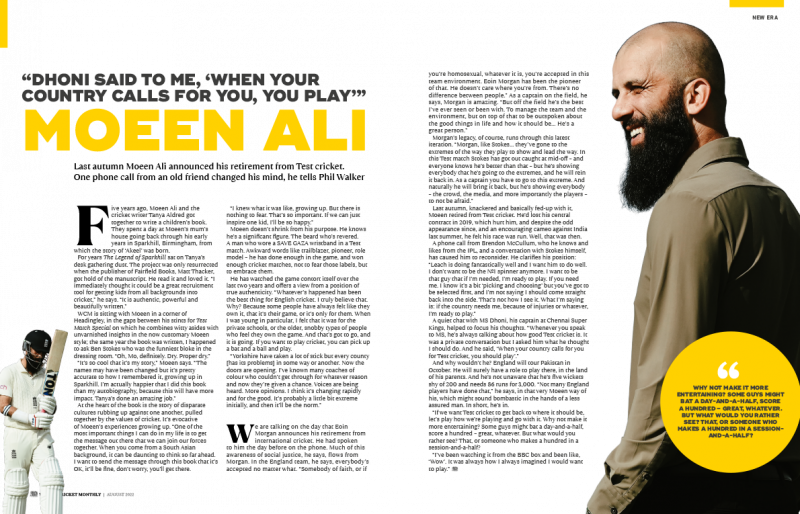 “The frantic scenes that accompanied the Blast’s final round of group-stage fixtures were a stark reminder that every level of the domestic game is feeling squeezed like never before.”
Andrew Miller says the English domestic T20 tournament is being let down badly by the ECB

“The ICC are acknowledging their ingrained passivity: little more than an organiser of events, and less influential than the members they encompass, those who theoretically run the global game have pronounced themselves helpless in the face of market forces.”
Lawrence Booth on the scrapping of the World Cup Super League and what it means for Associate nations

“Growing up, I didn’t think I could be a professional cricketer. I didn’t really see much women’s cricket on TV, never mind seeing someone who looked like me playing cricket. If I can be that person, if they can see me and think, ‘Yeah OK, if she can do it, I don’t see why I can’t do it’, that’s a really special thing.”
Abtaha Maqsood, the Scottish leg-spinner who represents Birmingham Phoenix in The Hundred, on the importance of visible role models 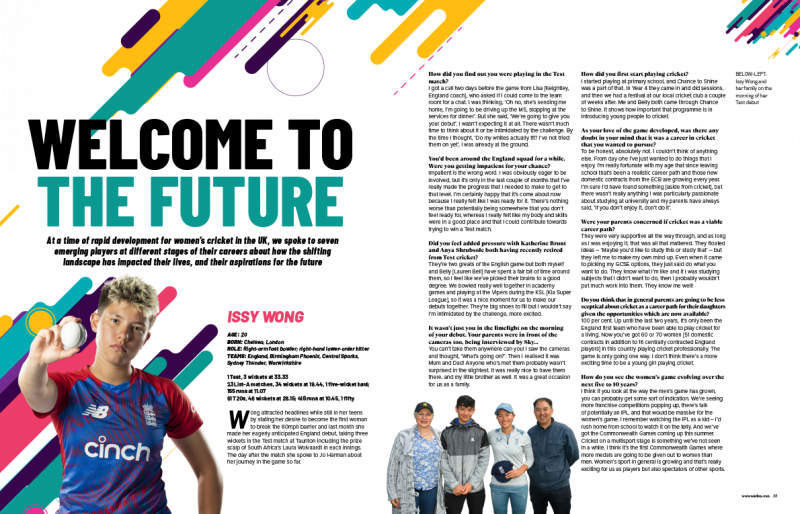 “The IPL is best compared to the NBA in basketball: a national league that is really the world’s league. The latest expansion is likely to prove only a stepping-stone to the IPL becoming even bigger in future. Perhaps the endpoint will be two IPL seasons each year… It could be a four-month season, like the NFL. Or maybe even a nine-month competition, like the NBA or Premier League, with occasional interludes for a quaint concept: international cricket.”
Tim Wigmore says the IPL’s latest broadcast rights deal has further shifted the tectonic plates of world cricket

“You do wonder, sometimes, if that opportunity has come up because of the colour of your skin. However, I don’t think about it too much. Because I do trust my ability as a coach.”
Former Gloucestershire captain Mark Alleyne speaks to Taha Hashim about working with the England men’s white-ball side and his years “outside the system” as he sought top-level coaching opportunities 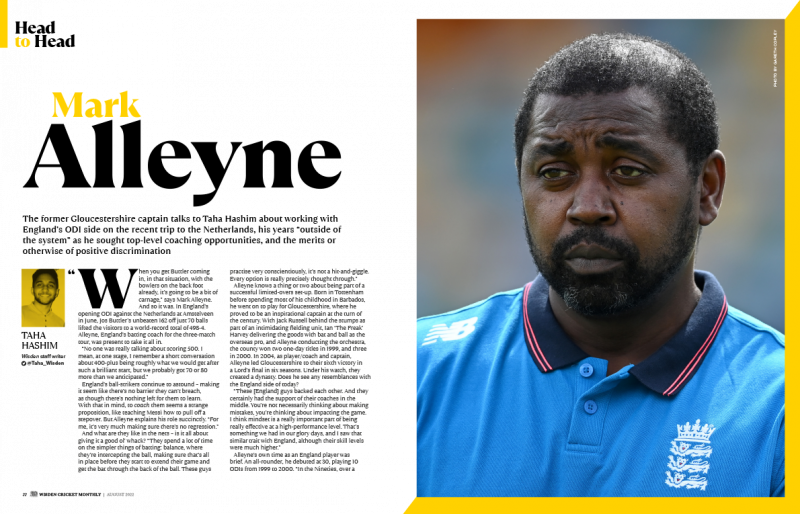 “Cutting it down to 10 counties is not going to solve anything, and it’s going to make the game less accessible, and we’re crying out for progression and we’re crying out for diversity – how are you going to achieve that by taking away opportunities from cricketers? You can’t have your cake and eat it.”
Essex and South Africa off-spinner Simon Harmer on the health of county cricket

“Leg-spinners are meant to create theatre. You cannot be shy.”
Mushtaq Ahmed reflects on his extraordinary career and the craft which snared him 1,407 first-class wickets 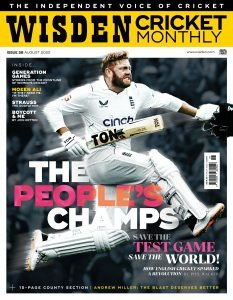