In the new issue of Wisden Cricket Monthly – out on April 22 – John Stern looks back on England skippers past and considers if the burden of the role is heavier now than it’s ever been, while Phil Walker weighs up the credentials of Joe Root’s possible successors.

Elsewhere, Kate Cross gives the inside story of England’s turbulent World Cup campaign in New Zealand, Kraigg Brathwaite tells us victory for the West Indies “still rocks the whole Caribbean”, and Taha Hashim sits down for a chat with PCB chairman Ramiz Raja, who says he’s determined to ensure his country’s voice is heard on the world stage.

We have a new star columnist in the form of Mark Ramprakash, who reflects on the shifting landscape of the domestic game, and the return of the County Files in all its glory, with news and interviews covering all 18 first-class counties.

There also two new features in our nostalgic ‘Golden Summers’ pages, a freshened up club section, an exclusive interview with the great Inzamam-ul-Haq, and hard-hitting columns from Lawrence Booth, Andrew Miller and Raf Nicholson.

“The influence of a captain is one of the game’s moot points, especially in this technocratic age of bulging backroom staffs. But there comes a point – after the weird selections, questionable tactics and continual batting collapses – when the buck has to stop somewhere.”
John Stern gives an appraisal of Joe Root’s five years in charge

“We scrapped the Regent’s Park jogs and started going to Vale do Lobo in the Algarve. We’d have a couple of games amongst ourselves on an astro pitch, do a light bit of training, play a bit of golf, and enjoy the wine and local restaurants. Gatt [Mike Gatting] was in his element. We did that nine seasons running!”
New columnist Mark Ramprakash says pre-season preparation has come a long way

“What, other than a lack of imagination, is preventing the first-class game from being reimagined as a Football League-style tier of 40-odd clubs, with meritocracy and opportunity stretching from Cornwall to Norfolk to Cumbria?”
Rather than culling counties, Andrew Miller argues English cricket should be expanding in order to broaden its appeal

“What happened after Bob Woolmer’s death, and how we were treated with suspicion and put away in isolation, I cannot forget nor forgive. The effect of the tragic loss of our coach was indescribable… but we couldn’t grieve because we were being treated like suspects. Even now I am still unable to sleep if I ever cast my mind back to those dark days.”
Inzamam-ul-Haq talks Saj Sadiq through the highs and lows from his magnificent career 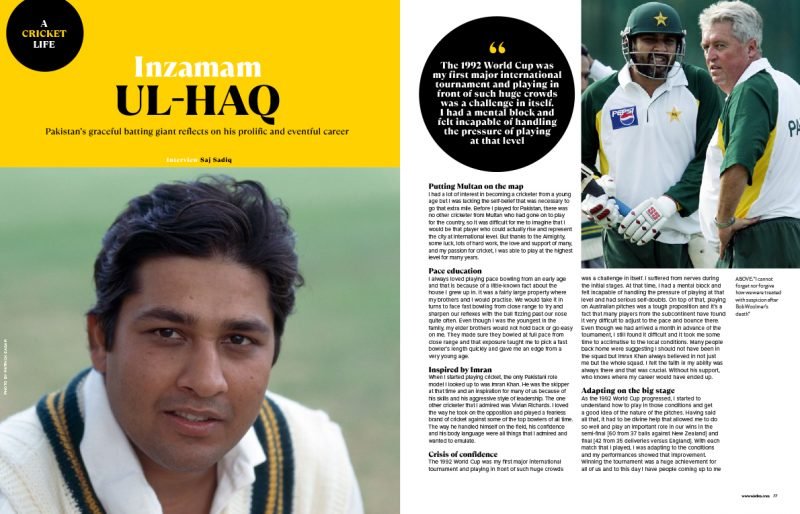 “Lara was astonishing. It was like he was in a trance. He’d come from that 375 and he just couldn’t stop.”
In a new series, ‘I Was There’, Trevor Penney recalls watching his Warwickshire teammate break the record for the highest first-class score

“I’ve not been able to step away yet and reflect on the fact that we made a World Cup final, and being the second best team in the world is nothing to be embarrassed about. It’s still raw. For three-and-a-bit weeks, all the emotion was just ploughed into these games, and now it’s weird that it’s all over. It’s like a really bad break up.”
Kate Cross, World Cup runner-up, tries to make sense of England’s rollercoaster tournament in New Zealand 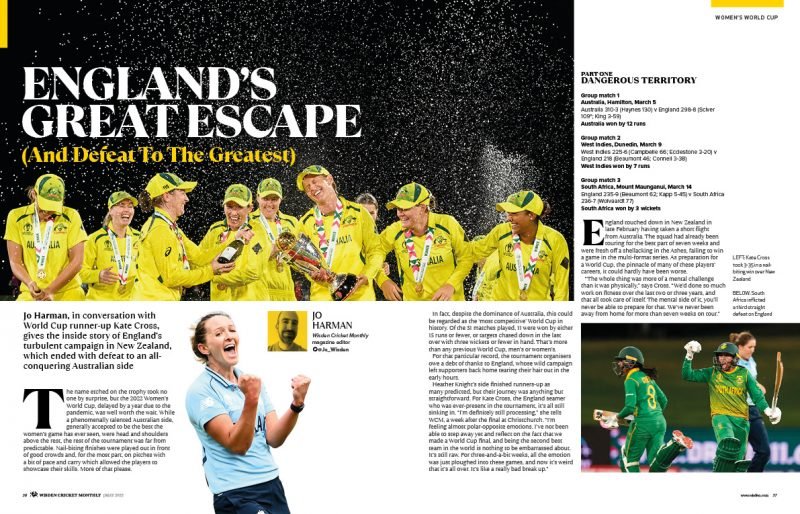 “At some point, you have to look beyond our lousy climate as an excuse for the historical mistreatment of our leg-spinners, and ask whether the knee-jerk retreat to greentops and nibbly seamers simply better represents our psyche.”
After Matt Parkinson spent another winter carrying the drinks, Lawrence Booth says the leg-spinner’s treatment is just the latest example of English cricket’s mistrust of an art it doesn’t really understand 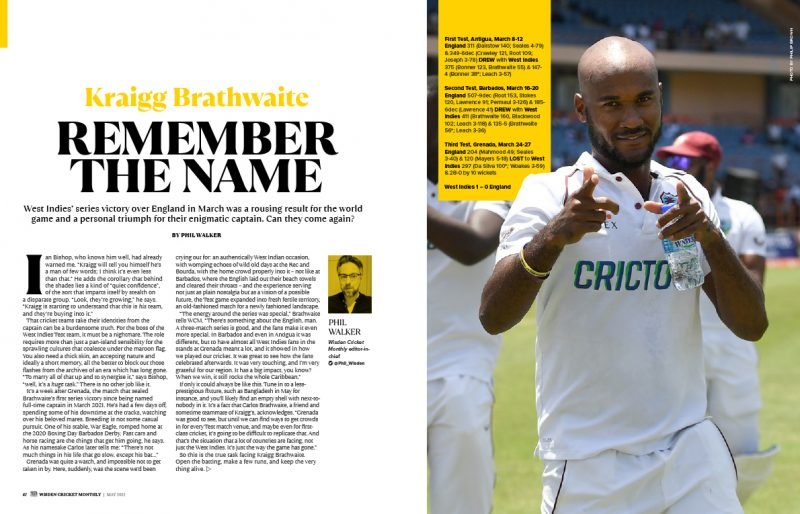 “We’ve been at the receiving end for so many years. It felt as if it was a decision in unison, that if 10 things are not in order, or not in sync with the Western teams, that they will not tour. Most Asian teams feel the nervousness when a Western team is coming over to our part of the world.”
Ramiz Raja, PCB chairman, talks to Taha Hashim about the dynamics of world cricket

“Last year, it was very good, a nice product and there was a lot of interest generated. If it’s bringing new people to the game, massive tick. But I can’t understand how we’re playing a competition that has no significance in international cricket. It doesn’t make any sense to me.”
Mickey Arthur, recently appointed head of cricket at Derbyshire, has mixed feelings on The Hundred 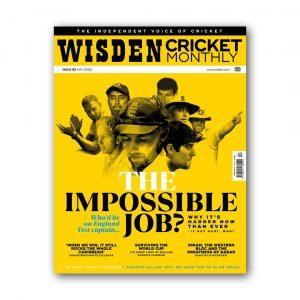