The latest issue of Wisden Cricket Monthly, out November 11, is an Ashes special, as we preview the latest instalment of the game’s most enduring rivalry.

In a bumper 18-page section we consider how Joe Root’s men can overcome the odds to claim that rarest of things, an overseas win in Australia. CricViz examine the accepted truths of how teams can beat the Aussies in their own backyard and try to separate fact from fiction; Haseeb Hameed gives a rare and exclusive interview to Phil Walker about his second coming as an international cricketer; Taha Hashim profiles Cameron Green, Australia’s all-rounder-in-waiting; and we recall some occasions when it all went horribly wrong for the English tourists of yesteryear.

Elsewhere in the magazine, we mark the 50th issue of the latest iteration of Wisden Cricket Monthly by celebrating the game’s great half-centuries, Phil Tufnell talks James Wallace through his turbulent life in the game, and Katherine Brunt sits down with her forming bowling partner Isa Guha to discuss her extraordinary career and where it takes her next.

In the County Files, outgoing Essex legend Ryan ten Doeschate opens up on leadership and the big regret from his decorated career, before we round up the rest of the news from around the circuit.

As for our superb team of columnists, Andrew Miller shines a light on cricket’s moral maze, Lawrence Booth tackles the question of taking a knee, Adam Collins laments the premature international retirement of James Pattinson and Suresh Menon considers the wider impact of the game’s fiercest rivalry. Before Andy Zaltzman brings things to natural finish by comparing Joe Root to Juan Sebastián Elcano, the 16th-century explorer.

“Finding that enjoyment of the craft again was very important for me, and playing with that flow is a big part of why I love the game again.”
In an exclusive interview, England opener Haseeb Hameed discusses falling for the game a second time 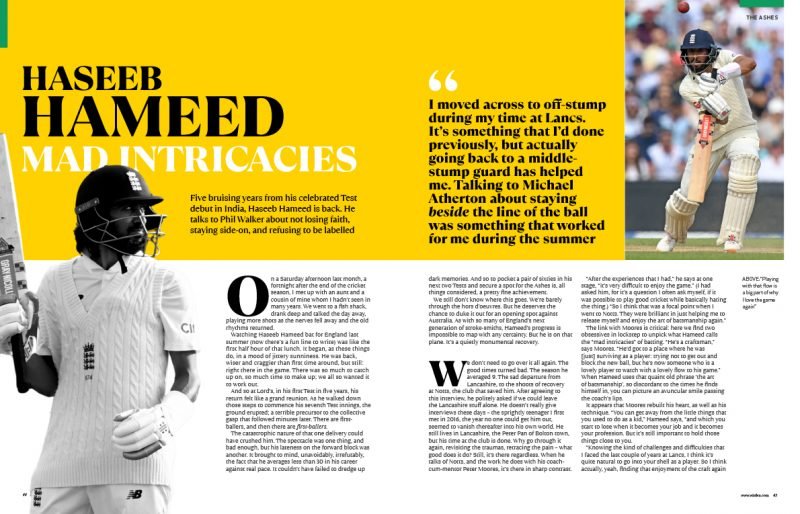 “The comparisons to Bruce Reid are apt in terms of statistical output and careers cut short, but that doesn’t do justice to the sheer excitement this brute brought, celebrating each wicket as though he was going to jump into the crowd like Pat Cash when he won Wimbledon.”
Adam Collins laments the international retirement of James Pattinson, and says Australia will miss him this winter

“The biggest myth which surrounds winning in Australia is that you need a wrist-spinner. The logic goes that on hard, flat tracks, you need the maverick ability of a leggie to claw batsmen from the crease. But recent history doesn’t support this.”
Ben Jones of CricViz explores the accepted truths of how to win in Australia and tries to separate fact from fiction 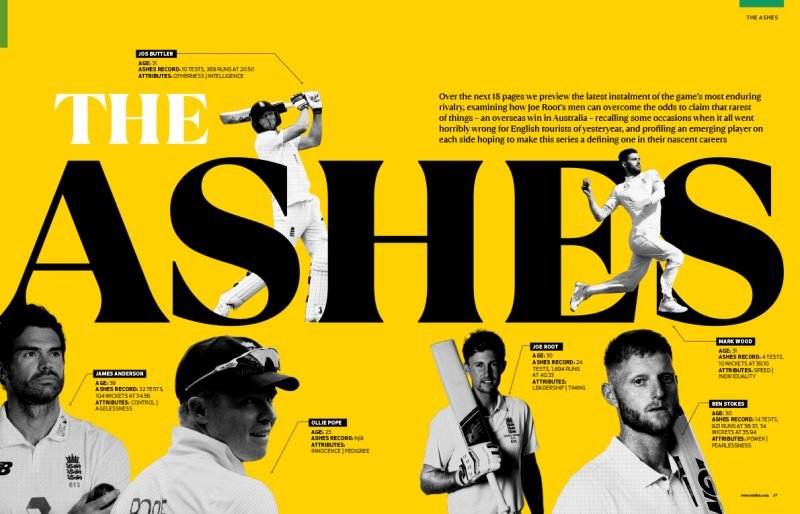 “Today it is impossible to imagine India or Pakistan playing a full series in the other’s country. The anti-Muslim majoritarians in India would seize the opportunity for the sort of rhetoric that establishes their ‘nationalism’, while it is not likely to be much different in Pakistan.”
Suresh Menon on the game’s fiercest rivalry

“I honestly don’t think I would have carried on as long as I have if Nat [Sciver] hadn’t been part of the side. She is not fazed by anything and completely balances me.”
Katherine Brunt speaks to her former teammate Isa Guha about love and longevity 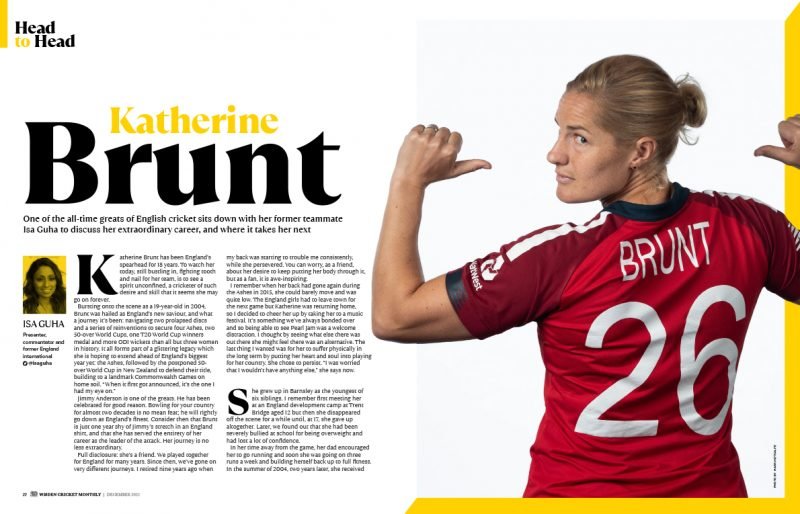 “Throughout the opening skirmishes of the World Cup’s Super 12 stage, one team after another got into a muddle about how to acknowledge the basic principle of not mistreating another human being because of the colour of their skin.”
Lawrence Booth on Quinton de Kock and taking a knee

“I understand why people don’t do it. You can be accused of virtue signalling, or of having your own agenda. But certain things are too important. I wish I’d used my platform to speak up more.”
Ryan ten Doeschate, the recently retired Essex legend, opens up on leadership and saying what’s on your mind 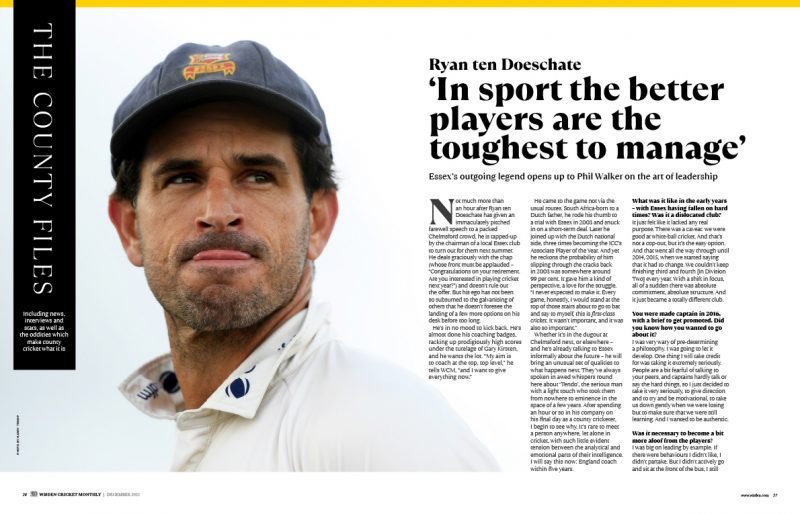 “It was his first Test innings, and it was so exquisite, so perfectly unblemished, that what flowed thereafter would on some level have to be sullied, undercut by the harsh songs of grim experience: the kind that make you better equipped to cope with life, but less enamoured of it.”
As part of our feature on the game’s great half-centuries, Phil Walker recalls Ian Bell’s regal entrance to Test cricket

“I had a ponytail and that wasn’t seen as befitting an England prospect, so Gatt [Mike Gatting] dragged me down the barbers and instructed him to give me a short back and sides. I’m in the chair sort of wailing like a child. But to be fair, two weeks later I got the England call-up.”
Phil Tufnell on the trials and tribulations of his never dull career 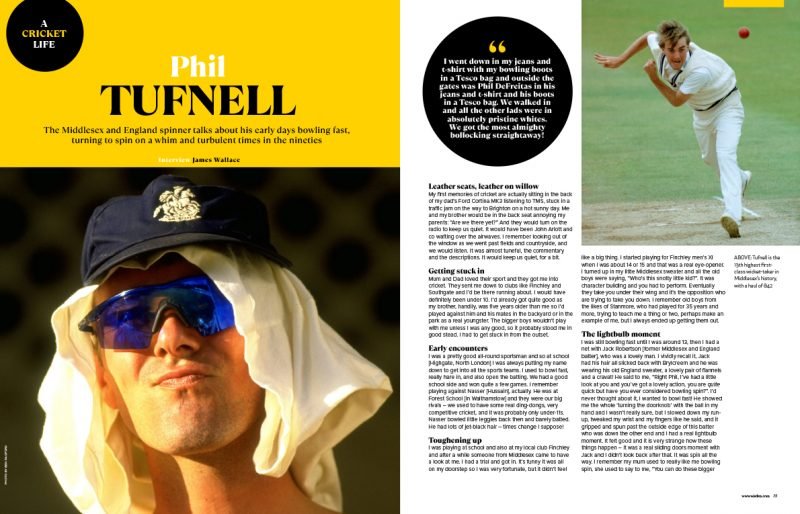 “I remember watching the highlights when I was back in my room and Bob Willis was commentating. I don’t think he was a massive fan of mine, Bobby, and the comment was, ‘Well, that’s Craig White’s hundred – I never thought I’d see the day’. Oh Bob, come on, my moment of glory and you’ve pissed on my bonfire!”
In John Stern’s retrospective of England’s 2001 tour of India, Craig White recalls scoring his only Test hundred 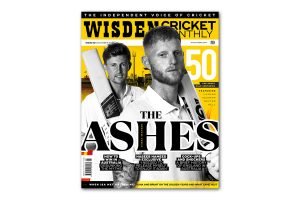