The latest issue of Wisden Cricket Monthly – out July 23 – features an in-depth profile of Stuart Broad by the former England all-rounder Derek Pringle.

“His knack of being able to adapt and prosper has seen him become the great Darwinian cricketer of the age, and a prime example of the fast-bowling species,” writes Pringle, who examines the secrets behind Broad’s success.

We also have a special feature on the art of cricket photography, as a selection of writers pick their favourite images and photographers explain their craft, as well as the first of a six-part series into the game’s diversity problem, beginning with an investigation into the obstacles that exist for black cricketers in this country.

You’ll also find exclusive interviews with Steve Smith, who 10 years on from his Test debut describes the 10 defining innings of his career so far, Pakistan fast-bowling legend Waqar Younis, and Gary Kirsten, who reflects on being overlooked for the England head coach’s role.

Elsewhere, Mark Nicholas selects his all-time Hampshire XI, we celebrate the life of Sir Everton Weekes and columnist Andrew Miller considers whether Ed Smith has been a success as national selector.

“He’ll take a view on the pitch, wind, amount of swing and seam etc, and back his assessments, unafraid to move away from probing away at the top of off, effective though that can be in the right circumstances. It is why, more than any other England bowler of the last 20 years, he produces spells that turn the match.”
Former England all-rounder Derek Pringle profiles Stuart Broad 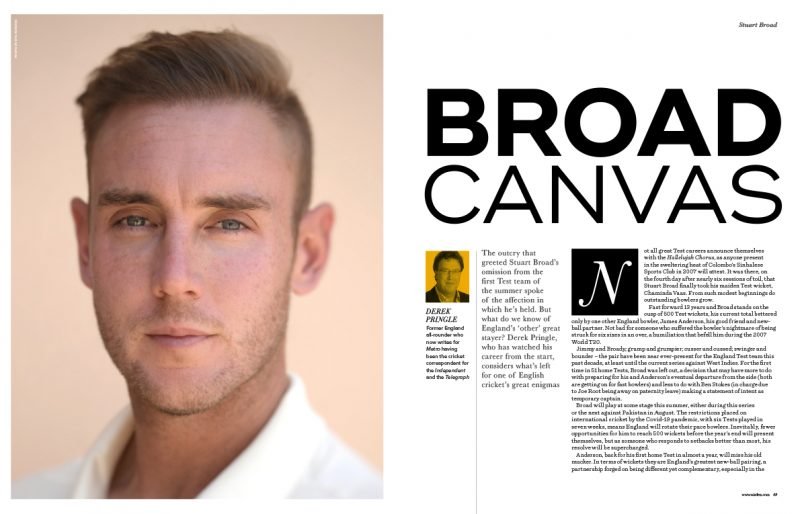 “We connected really well but it took a long time. I needed to win him over in terms of trust. But once he saw the value that I could bring to his team, we got on really well.”
Gary Kirsten on his relationship with MS Dhoni during his time as India coach

“I love the way you can see Strauss’ shadow on the grass like an aircraft’s, and the way his mouth hangs open in his own astonishment at what’s happening, and the way the sightlines of umpire, bowler, batsmen and slip all converge on the ball – every vector of attention concentrated on that magical point in space.”
The novelist William Fiennes on that Andrew Strauss catch as part of a special feature on the best of cricket photography 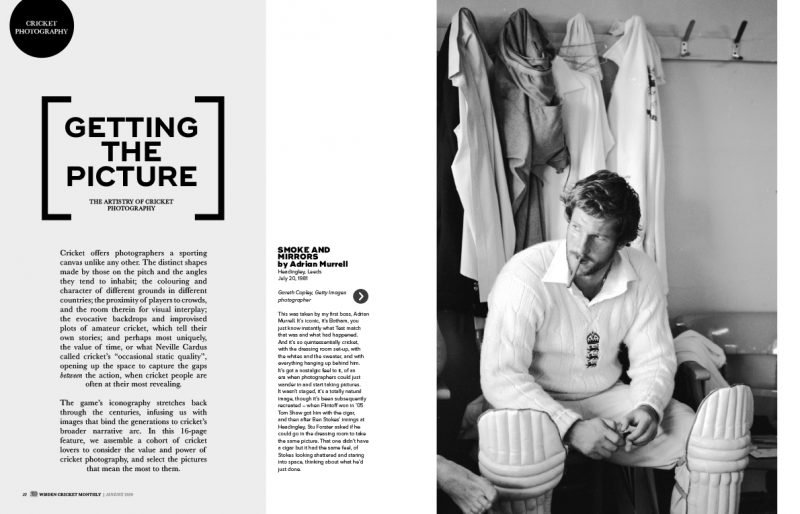 “Bowling with Glenn McGrath was very simple: I bowled from the end Glenn didn’t want to bowl from, which was normally uphill into the breeze.”
Jason Gillespie on playing second fiddle to one of the game’s greats

“Everything just clicked into place. It felt like, ‘Right, I’m here, I’m ready to do this now’.”
In an exclusive interview, Steve Smith describes the 10 innings which have led to him becoming the world’s No.1 Test batsman 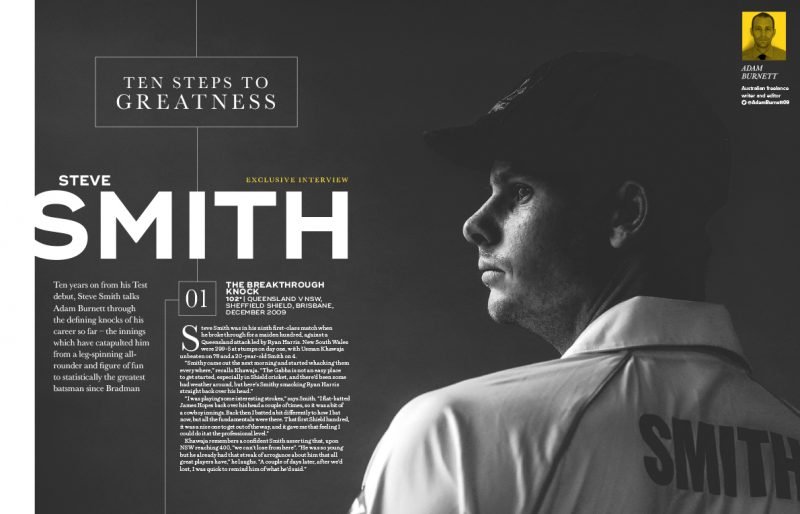 “However you weight it, 15 wins and nine losses in Smith’s first 26 Tests in charge is a middling return at best.”
Andrew Miller gives a progress report on Ed Smith’s time as England’s national selector

“Suddenly, the epiphany moment: Black Lives Matter. I’m an older man, do you think I should believe that? Something they’ve neglected for 40 years, suddenly they need to do something about it?”
Lonsdale Skinner, chairman of the African-Caribbean Cricket Association, in the first of a six-part series investigating the game’s diversity problem 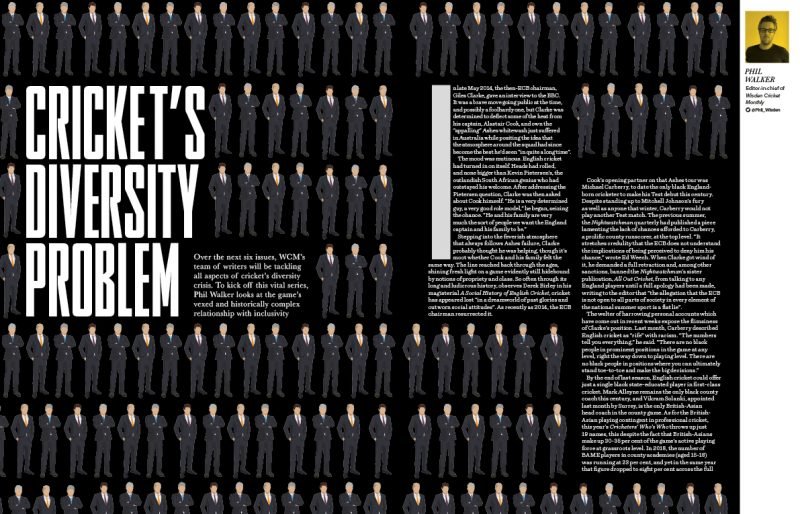 “Because his adopted county became an adopted home, he embraced it as his own and, of course, went on the become a part of the county’s folklore. Like Warne, he influenced thinking and performance at the club. In short, everyone, on and off the field, revered him.”
Mark Nicholas selects Malcolm Marshall in Hampshire’s Greatest XI

“For many years Wasim kept a grudge, thinking that I was the one who led the revolt against his captaincy.”
Waqar Younis describes the highs and lows of his exceptional career 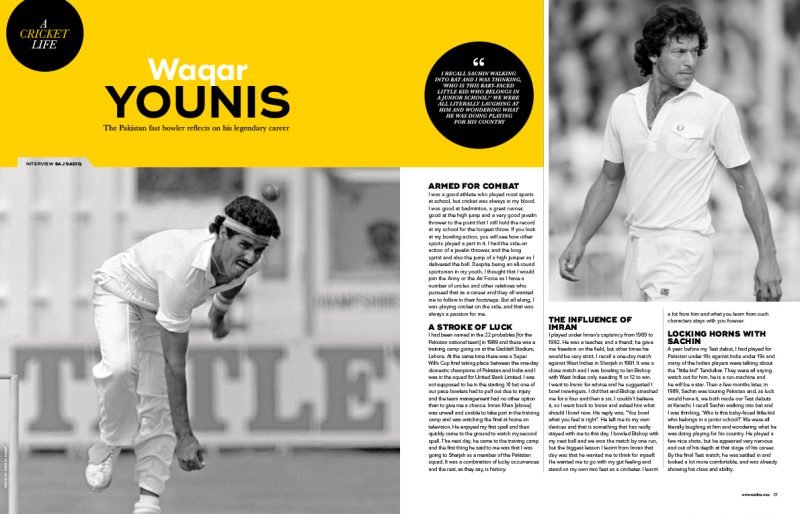 “Sanga and I were like Bruce Willis in Die Hard, trying to get out through one of the vent shafts.”
Rob Key on the only thing wrong with Lord’s – the media-centre lift 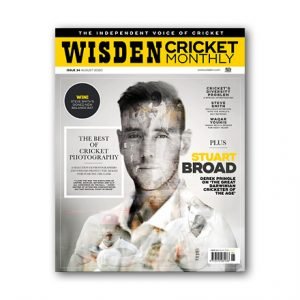