The latest issue of Wisden Cricket Monthly – out May 29 – is a county cricket special, celebrating the best of the English domestic game at a time when we’re missing it most.

You’ll find none of the usual handwringing about formats, finances or Kolpaks here. Instead, we’ve tried to sum up what it is that makes county cricket unique. We begin with a rundown of the county game’s 50 greatest moments of the last 50 years, before matching up a handful of the best sides ever to have competed in the County Championship. We also take a peek behind the curtain at the lives of county umpires, and Australian journalist Melinda Farrell examines her country’s enduring love affair with the English domestic game.

Elsewhere, Jo Harman revisits the joyfully chaotic series between England and West Indies of 20 years ago, when wickets tumbled in the blink of an eye and Nasser Hussain’s side embarked on a brighter future. England captain Heather Knight talks to Phil Walker about the NHS, inequality and leadership, Scott Oliver considers when and how recreational cricket can resume, and Jon Hotten tries to get inside the head of James Vince, the most divisive English batsman of his generation.

We also speak to Ian Bell about the peaks and troughs of his run-filled career, Alison Mitchell recalls her first steps in broadcasting alongside a legend of the commentary box, Christopher Sandford takes us back to England’s hastily arranged series against the Rest of the World in 1970, and columnist Andrew Miller is left scratching his head at Australia’s rise to the top of the Test rankings.

“Edward Heath, the recently elected prime minister, who earlier that year had predicted a new government and a title for Kent, phoned Cowdrey on the eve of the game to discuss the possible permutations. He needn’t have worried, as Cowdrey stroked a century to confirm Kent’s first Championship for 57 years.”
Kent’s surge from the foot of the table in July 1970 to become champions two months later begins our rundown of county cricket’s greatest 50 moments of the last 50 years 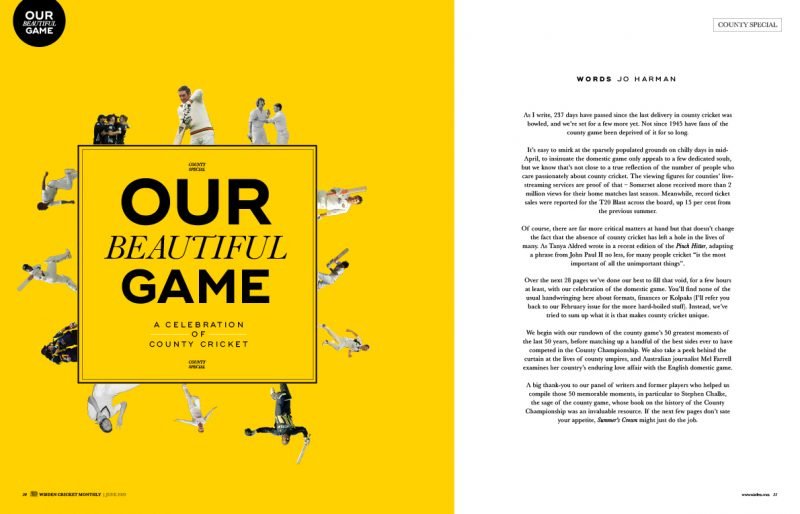 “I had these old lady supporters knitting things for my wife and children, and another guy who would make miniature figurines of my shots.”
Mike Hussey speaks to Melinda Farrell about the experience of playing county cricket as part of a piece on Australia’s connection with the English domestic game

“The modern umpire, he puts his ego in his cricket bag in the morning.”
The recently retired umpire Ian Gould speaks to James Wallace about life in the middle

“Lara laughed at me as if to say, ‘You’re never going to get me out’. You’ve just got to be careful what you say, don’t you…”
Craig White recalls bumping into Brian Lara in a nightclub before the all-rounder played a pivotal role in England’s era-shaping victory over West Indies in 2000, which included two famous dismissals of the Trinidadian 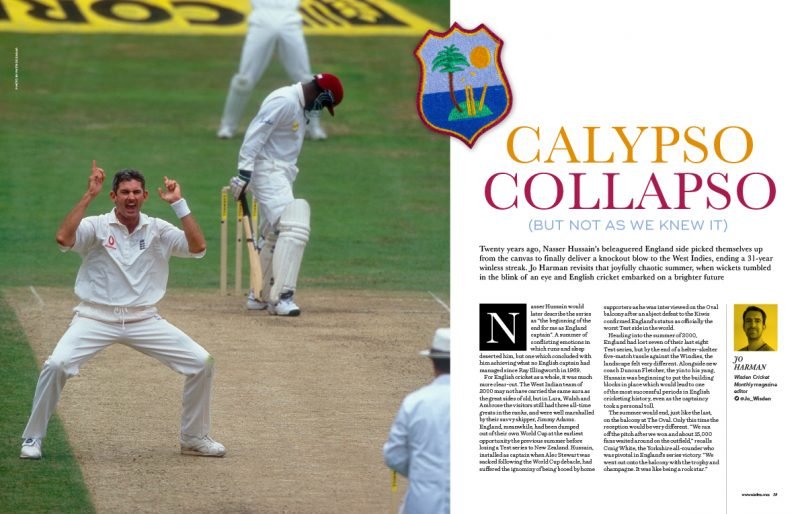 “Has there ever been a more abject ascent to the throne? You could take pretty much any Australian team of the past 30 years and present a better case for such a lofty status.”
Columnist Andrew Miller on Australia’s rise to No.1 in the ICC’s Test rankings

“I don’t get myself in and go, ‘Oh well, I’ve got 20, I’ll just get out now…’ That’s the only frustrating thing, people think I’m almost doing it on purpose.”
James Vince opens up to Jon Hotten 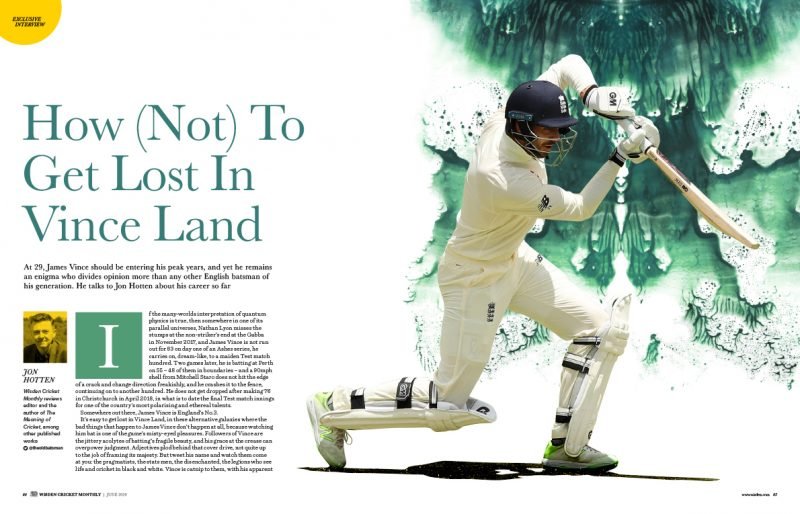 “Tony Lewis [Glamorgan chairman] said, ‘All I want Viv to do is put a daffodil on his chest and he’s going to lift the spirits of everybody’. And he absolutely did. He inspired us and showed us what winning was all about.”
Hugh Morris picks Sir Vivian Richards in his team of Glamorgan all-timers, in ‘The Greatest XI’

“Unless you’re selling hand gel, it’s not a good time. But if this was a couple of years ago it would’ve had an almost catastrophic effect on women’s cricket.”
In a wide-ranging interview, England skipper Heather Knight speaks to Phil Walker about the effect of the coronavirus crisis on the women’s game 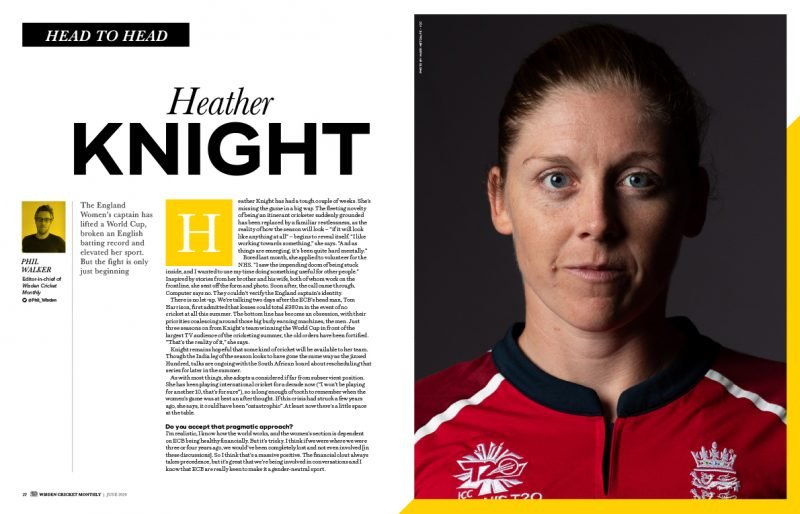 “Even though I played 100 Test matches, maybe in some people’s eyes I didn’t do as much as I should have done.”
Ian Bell on his life in the game

“There was a sort of boyish exuberance in the way Sobers played his cricket, whether in enthusiastically applauding an opponent or in the scrambling horseplay for souvenir stumps at the close. No one communicated the simple joy of the sport quite like he did.”
Christopher Sandford on Sir Garfield Sobers, who lit up the 1970 series between the Rest of the World and England 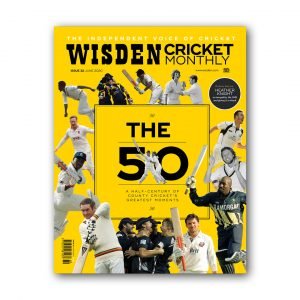