In issue 3 of Wisden Cricket Monthly, AB de Villiers gives a candid interview in which he explains his controversial decision to take a break from Test cricket and his reasons for returning. “I don’t think I ever did anything to be held responsible for the state of Test cricket,” the South African trailblazer tells Neil Manthorp.

The de Villiers interview is one strand of a three-part special on where cricket stands in 2018 and what the future holds, which also includes Jon Hotten’s superb piece on the ‘maverick’ coaches who are changing the way our game is understood and Phil Walker’s analysis of the ECB’s new broadcasting deal.

Elsewhere, an expert panel including Lawrence Booth, David Lloyd and national selector Angus Fraser tell us where England went wrong in our ‘Ashes Inquest’, Eoin Morgan gives a brutally honest assessment of his fluctuations in form in an exclusive interview, and Sussex chief executive Rob Andrew tells John Stern why the County Championship is “a mess”, and sets out his vision for the future of the domestic game.
You can buy the magazine in stores across the UK (click here to find your nearest stockist) or purchase a subscription here.

Here is the magazine in 10 quotes:

“A couple of years ago Virat [Kohli] cheerfully told me he was going to play forever. I was like, ‘Cheers bud, I’m happy for you, see what you feel like after five years of captaincy’.”
AB de Villiers on the demands of the modern game 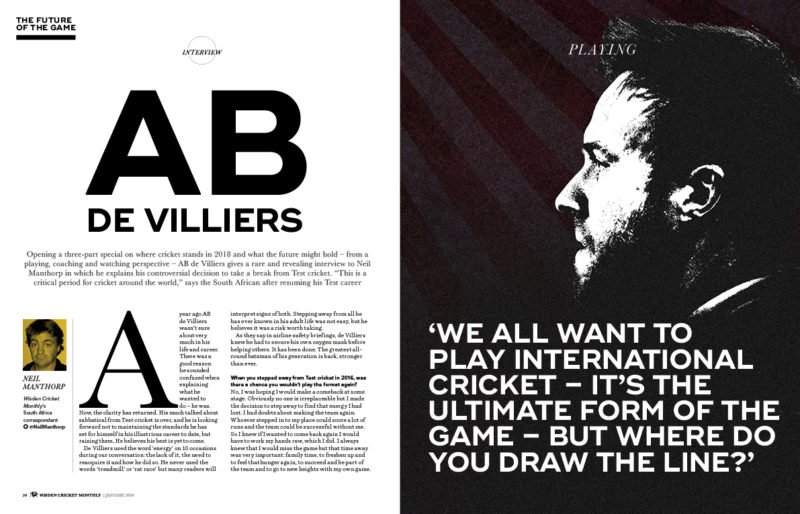 “The Championship is a mess. I have a real issue with promotion and relegation because I think it promotes all the wrong behaviours. I think two divisions is really destructive.”
Sussex chief executive Rob Andrew on where he thinks county cricket is going wrong

“I always knew I was one of the best spin bowlers but my batting and my fielding wasn’t up to scratch, and my fitness was terrible. Luckily Robbo [England coach Mark Robinson] saw something in me that other people didn’t.”
England’s World Cup-winning twirler Alex Hartley on her rollercoaster career

“Gary Palmer has faced resistance because he had made some relatively fine adjustments to methods that have existed for a century and more, yet England’s greatest run-scorer was rising at dawn and driving halfway across the country to bat on an old tennis court because of what Palmer knew.”
Jon Hotten speaks to three ‘mavericks’, including batting coach Gary Palmer who has worked with Alastair Cook, who are starting to change the way our game is coached and understood 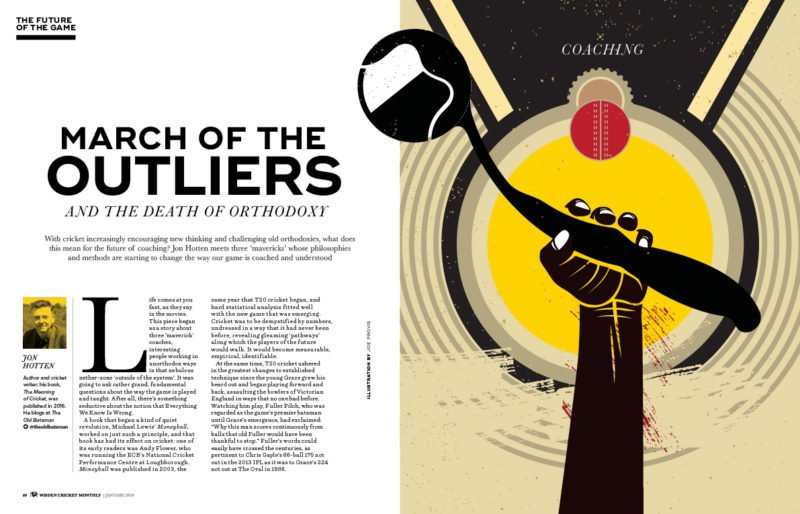 “You look at the pace Australia had but who did we have [to pick from]? I’m not saying we get everything right as selectors but people become better players when they’re not there.”
Angus Fraser is part of the seven-strong expert panel in our ‘Ashes Inquest’

“I watch Root leave the arena and think, much as when a good friend is broken by the break-up of a relationship that was ultimately no good for them but they can’t see it yet, that this will be the making of him.”
Felix White on the angst of England’s defeat in his Ashes Diary

“The more games you play the more comfortable you become about not being in form. When I was out of form in the first few years that I played international cricket I didn’t really want to bat – I knew I wasn’t going to get runs. Now all I want to do is bat because it’s the only way I’m going to turn things around.”
Eoin Morgan speaks to Jo Harman about the vicissitudes of form 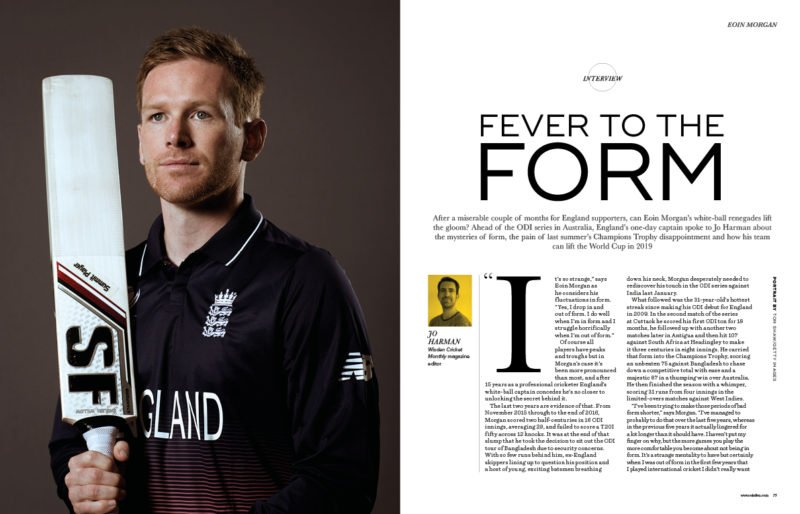 “Of all the people who have done great things for English cricket in the last 20 years, I would put Duncan Fletcher at the top of that list.”
Michael Vaughan picks out the men and moments that have shaped his career in ‘A Cricket Life’

“Of course it was important for Lara that he scored runs and lots of them, but I think he was also very conscious of making them in a manner that made a lasting impact on the game.”
In the first of a series on the most important players of his era, our newest contributor Kumar Sangakkara picks out BC Lara 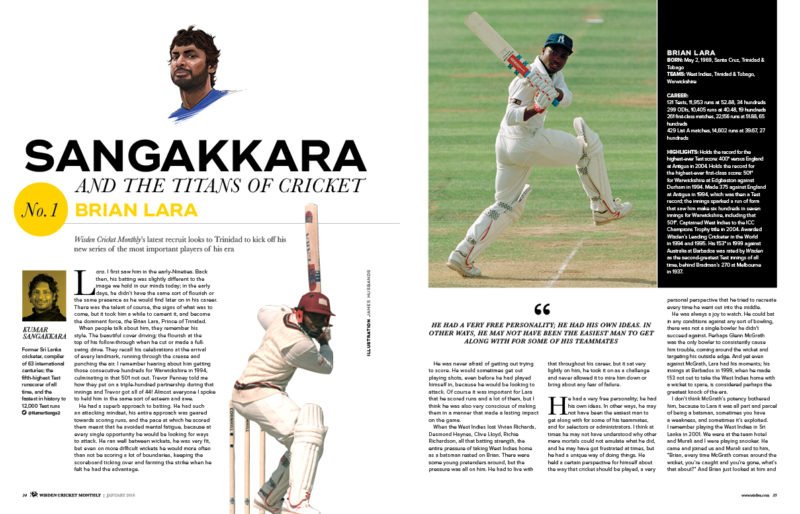 “Through The Keyhole came to my house. Loyd Grossman said, ‘We need to plant some stuff because no one is going to know it’s a cricketer’s house’. I don’t have anything lying around; you become a prisoner of your past.”
Adam Hollioake on his life inside and outside the boundary, in ‘Cricket & I’ 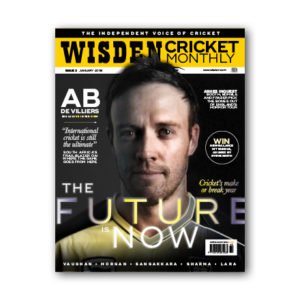