No single decade in cricket’s recent history can have seen such dizzying change as this one. As it draws to a close, we’ve assembled a crack team of writers, including Lawrence Booth, Rob Smyth, Tanya Aldred, Geoff Lemon and Telford Vice, to pick out the 40 most important stories of the last 10 years for Wisden Cricket Monthly.

Also in our latest issue, out November 28, we have an exclusive interview with Sarah Taylor, who talks to Phil Walker about her decision to retire from international cricket at the age of 30, Jonathan Liew gets to grips with a new animated series inspired by Virat Kohli, Adam Collins meets the most dedicated group of cricket supporters in Australia in the first of his new series covering events Down Under, and columnist Zafar Ansari has three pieces of advice for his 17-year-old self.

Elsewhere, Katherine Brunt imagines her perfect day at the cricket, Matthew Maynard speaks to Jo Harman about his life in the game, Ben Jones of CricViz gives a progress report on England ahead of next year’s T20 World Cup, and Felix White picks out a knock which meant everything and nothing in ‘My Favourite Innings’. Plus all the usual coverage of the club game, and trips down memory lane in our ‘Golden Summers’ section.

“No longer is it acceptable for cricketers to plead the fifth: if you don’t cooperate with an investigation, you are considered guilty. And forget about deleting phone records. Big names are being caught now: Sanath Jayasuriya not long ago, then Shakib. It’s unlikely, though, that anything will match the awful theatre of Lord’s 2010.”
Lawrence Booth kicks off our 40 stories of the decade 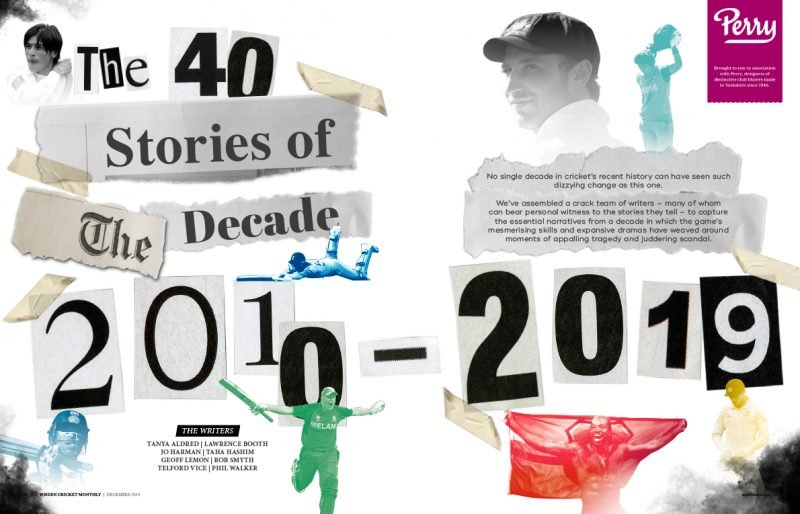 “Not only is it possible to bowl fast spin without sacrificing dip, drift, spin and accuracy; these ingredients seem to be enhanced by it. In other words, spin bowling doesn’t mean slow bowling.”
Columnist Zafar Ansari has some lessons for his 17-year-old self

“It’s the agoraphobia part of my anxiety that’s the worst bit. I can get out of my house, it’s the travelling, the getting away from a safe space. Because I was putting a lot of pressure on myself to perform, I went backwards, and then I’d have to travel, and it got too much. If I know I’ll be anxious about it, then I won’t do it. Essentially that was what I had to take into consideration when I left.”
Sarah Taylor explains her decision to step away from international cricket 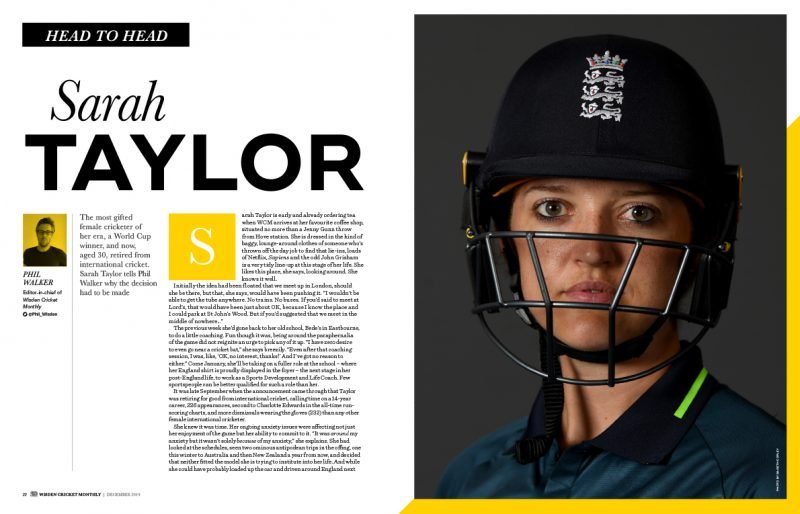 “It’s only natural to wonder how the burgeoning cricketing superhero genre might look with an English slant. Imagine: SuperWoakes, a mild-mannered Birmingham-based hero whose special power – an immaculate line outside off stump – is threatened only by the unwelcome appearance of his arch-nemesis, Kookaburra.”
Jonathan Liew sits down to watch Super V, the new animated series inspired by Virat Kohli

“There was never any doubting where they would be when I showed up for the second morning of the match with the mission of learning their story. Since I first started wagging school as a 14-year-old to watch the Vics with my scorebook, this was the one group who were there with their pens out too, self-styled as The Purists.”
New columnist Adam Collins meets a group of singularly die-hard fans at the MCG 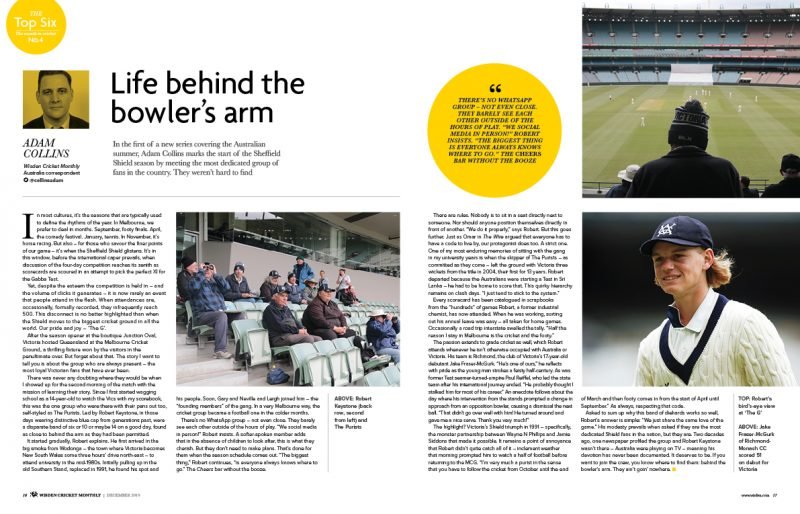 “Keightley will lead the England Women’s team through a period of immense and potentially transformative change, as that £20m of extra investment and those 40 new professional contracts kick in from next year.”
Phil Walker on the quietly monumental appointment of Lisa Keightley as the new head coach of England Women

“I hated cricket after Tom’s death. Hated it. I was still contracted for my second year in South Africa [as coach of Nashua Titans] so I had to go out there and fulfil that contract but I didn’t enjoy that winter at all. I’d lost my love for the game but I had to earn money. I had a mortgage to pay and had to continue working.”
Matthew Maynard speaks to Jo Harman about his life in cricket 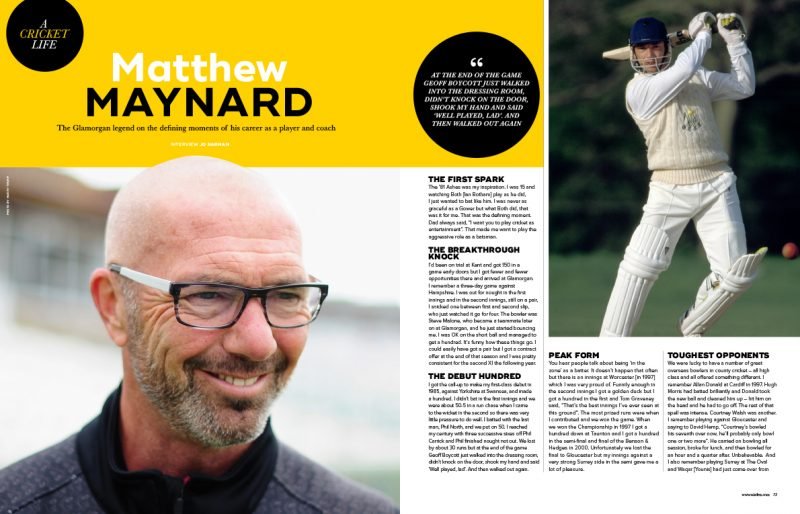 “When I was a young kid at Melbourne Cricket Club they used to laugh at me when I was running in the evening. After practice everyone would go indoors to play table tennis and I would be outside running, doing an extra couple of laps. I would always do extra, mornings and evenings. I got my body accustomed to bowling long spells and that was probably one of the reasons why I didn’t break down as often as some other fast bowlers.”
Courtney Walsh reveals how he became one of the most durable and prolific fast bowlers the game has seen

“My complimentary tickets are going to Pink, who I love and think is hilarious. Bette Midler – I think she’d love a bit of T20, and we’d have a singsong afterwards – and The Prodigy. We’re going to win and I’m going to be awesome, so I want The Prodigy to party with me after.”
Katherine Brunt imagines her perfect day at the cricket 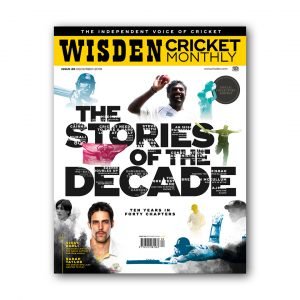