We pick out the 10 big stories from the most thrilling Ashes series in a generation in the latest issue of Wisden Cricket Monthly, out September 26.

Phil Walker details how Steve Smith has become the best since Bradman, Ben Gardner gives the inside story on the miracle of Headingley, and Ben Jones of CricViz analyses what made Australia’s quicks so devastating. We also look at the sensational impact of Jofra Archer, Joe Denly’s rollercoaster summer and consider Joe Root’s future as England’s Test captain.

Elsewhere, Jo Harman speaks to Michael Carberry, Sam Robson and Adam Lyth about their experience of opening the batting for England and why it’s the toughest job in cricket, Heather Knight reflects on the most difficult summer of her career, we mark David Gower and Ian Botham’s departure from Sky by looking at the changing face of commentary, and Elizabeth Ammon says ‘Vive la Blast!’ in its last season on centre stage.

Also in a magazine packed full of opinions and personalities, Jonathan Liew welcomes back the indomitable Misbah-ul-Haq, Michael Vaughan tells us to stop taking Twitter so seriously and Graeme Swann reveals which song he wants played at his funeral. And to round things off in style, we have a warm slice of nostalgia from the ineffable Vic Marks, who recalls the scorched summer of ’76, and Lawrence Booth, who hails the enduring influence of Sir Frank Worrell.

“Smith’s technique is organically developed, comes with a public safety warning and may yet change the face of conventional coaching. But has the game evolved far enough to absorb the Smith paradigm into the coaching syllabus? Will we start seeing tranches of kids squaring up to the ball, pointing their feet down the track, working out-swingers through square-leg, driving full balls off the back foot?”
Phil Walker on the genius of Steve Smith 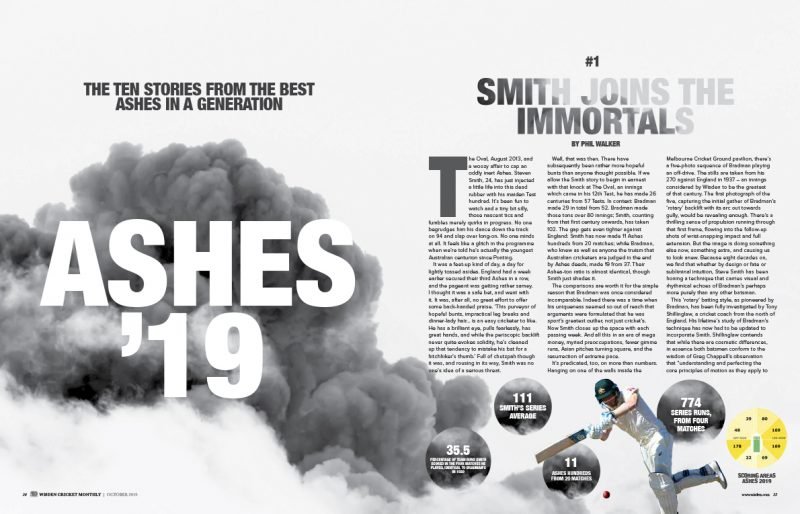 “Two of our senior players really went at each other in the dressing room. Shouting and swearing, questioning the other one’s right to wear the shirt. Finally, we get on the team bus, and they always sit next to each other, and I’m dreading what’s coming next. And one of them turns to the other and says, ‘So what time are you and the family coming over on Sunday?'”
Our secret county cricketer on temperamental teammates

“The Ashes is regularly described as one of the oldest, and most bitter, sporting rivalries. Partisanship is incited. Emotions, we are told, run high. This doesn’t make the booing right. But we should see it for what it is: a potential consequence of an atmosphere frequently encouraged by some of those who appeared to be most offended.”
WCM columnist Zafar Ansari on his own experience of being booed and what motivates people to do it

“Some of the people who have selected the team are just idiots. They have no idea how hard opening the batting really is at Test match level.”
Michael Carberry speaks to Jo Harman as part of a feature on the technical and mental challenges of opening the batting for England 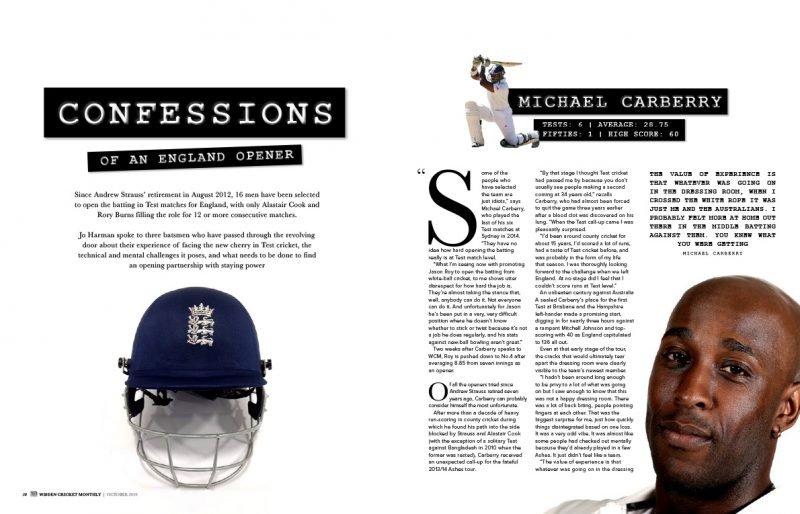 “In a country that likes to see its cricketers as avatars for themselves, there has always been a certain cool detachment to Misbah, the educated aloofness that has so often been mistake for condescension. Imran offered daredevil sauveness and feats of wonder. Afridi offered hedonism, pyrotechnics and brazen honesty. Now here comes Misbah, promising hard work, accountability and – if local media are to be believed – a ban on biryanis.”
Jonathan Liew says Misbah-ul-Haq has a chance to remake Pakistani cricket in his own image after being appointing national head coach and chief selector

“Yeah, you’ve got your league tables and everything like that, that every man and his dog can see. But are we actually still developing our own players, and are they improving under us? That’s what I’m interested in.”
Gloucestershire coach Richard Dawson on an understated success story at Bristol 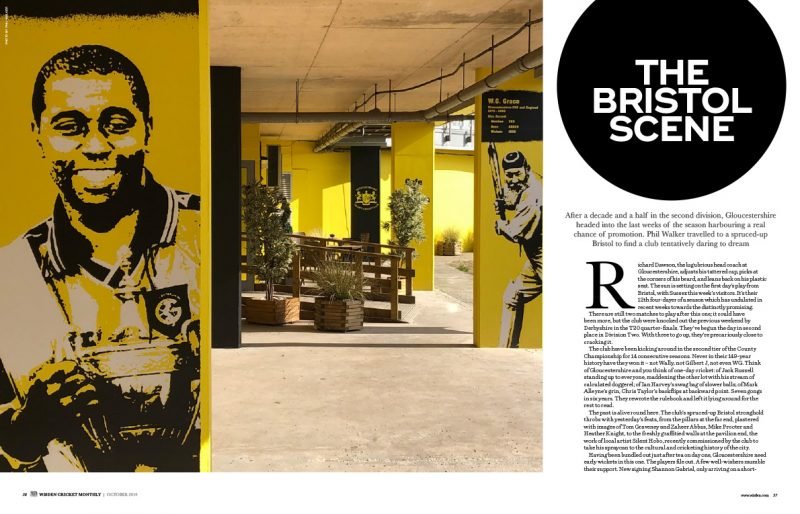 “On the tour of West Indies I announced I was retiring from Test cricket, with one condition. I said, ‘If ever Pakistan plays against India, even if I’m in my grave, I will make myself available for Pakistan’.”
Asif Iqbal, the trailblazing former Pakistan captain and Kent all-rounder, reflects on his extraordinary journey in the game

“If you’re switching on to the broadcast and all that you hear is the same kind of voice then that’s probably fine if you’re a 22-year-old white bloke, because you hear people who sound like you and that’s reassuring and comforting, but it doesn’t work for anyone else. It inherently tells other people that the game is not for you. There’s a huge difference in being able to turn on a broadcast and hear someone who you can identify with.”
Australian writer and broadcaster Geoff Lemon speaks to Jo Harman for a feature on the changing face of commentary 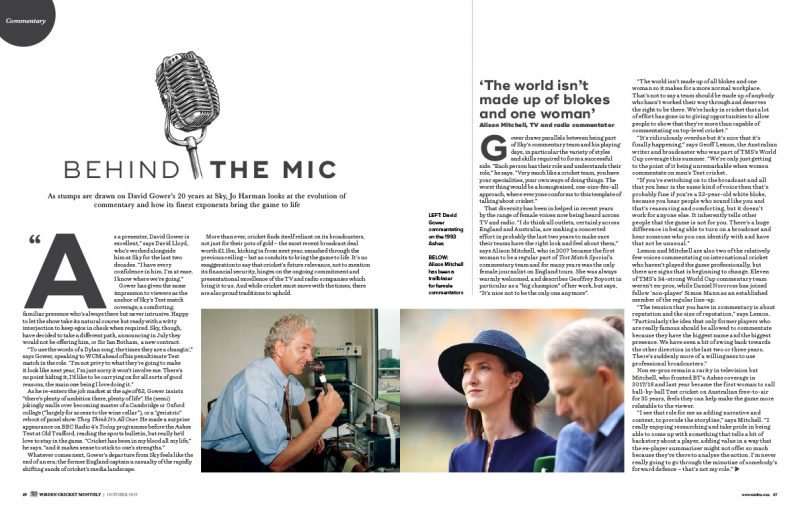 “I was criticised many times throughout my career when I was playing poorly or not preparing right or taking the game a little bit too easy, playing shots that weren’t on. When I see players going through the motions with all the talent that I know they have, I’ll give them a volley.”
Michael Vaughan on saying it as he sees it

“Outside the field we sensed the eyebrows of the PA man heading northwards as he announced the introduction of bowlers such as the soon-to-be ordained AR Wingfield and R le Q Savage at the old home ground of Dickie Bird and Michael Parkinson.”
Vic Marks recalls turning out for a Combined Universities team against Yorkshire in his golden summer of 1976 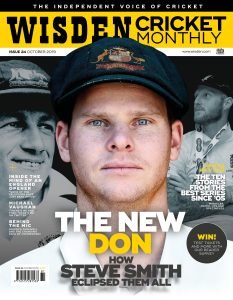