In the latest issue of Wisden Cricket Monthly, out April 25, we celebrate a new golden age of Test batting and debate which of the ‘Big Four’ – Kohli, Smith, Williamson and Root – deserve the title of the world’s best long-format batsman.

We also have an extended special feature on the finest cricket books ever written, choosing a top 100 and giving an expert panel the mammoth task of picking out a shortlist of seven and, eventually, after much debate, a winner. As our reviews editor Jon Hotten writes in the introduction: “Of course the final choice is subjective. Our real hope is that everyone will find something here to fire the imagination.”

Elsewhere, columnist Jonathan Liew recalls some of England’s more unfortunate pre-World Cup freak-outs and issues a warning ahead of this summer’s tournament, Almanack editor Lawrence Booth explains the reasoning behind his choices for Wisden’s Five Cricketers of the Year, Allan Donald reveals how he almost played for England, and we go behind the curtain at the IPL with privileged access to the Rajasthan Royals.

“He’s become the hipster’s choice. The faintly ethereal classicist who stands with the titans yet just to one side. The one, unshackled from all those maddening expectations, who sleeps more soundly than the others. (In our little game he’s George Harrison).”
Phil Walker makes the case for Kane Williamson in our cover feature on the ‘Big Four’ 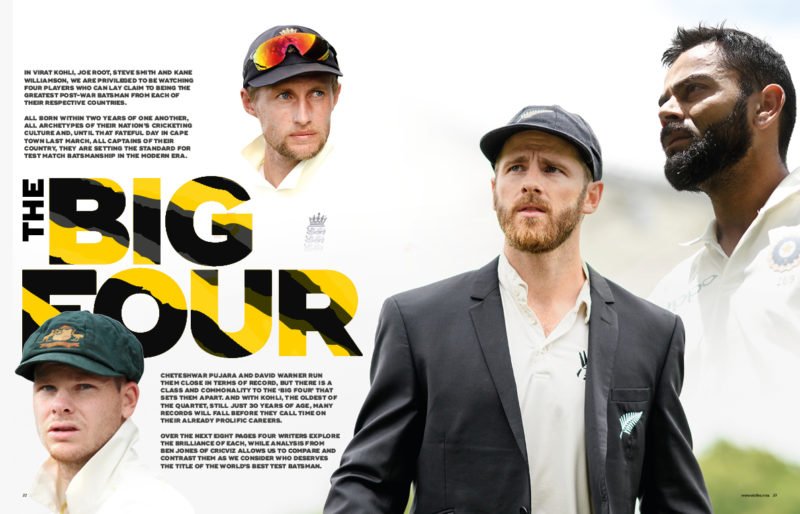 “The work that was done after that run-out incident was crucial. I don’t think people know how tough it was. I had to face a lot of things. My wife burned letters that were written to me, a lot of abuse was flying around.”
Allan Donald reflects on the fall-out from South Africa’s 1999 World Cup semi-final defeat

“There’s a fundamental sadness at the heart of the book that James himself acknowledges. In that he grew up and was educated on everything English, he read Vanity Fair 20 times, and it wasn’t until he matured intellectually that he realised he didn’t really know much about the Caribbean.”
Lawrence Booth on Beyond a Boundary by CLR James, one of the seven to make our shortlist for the best cricket book ever written 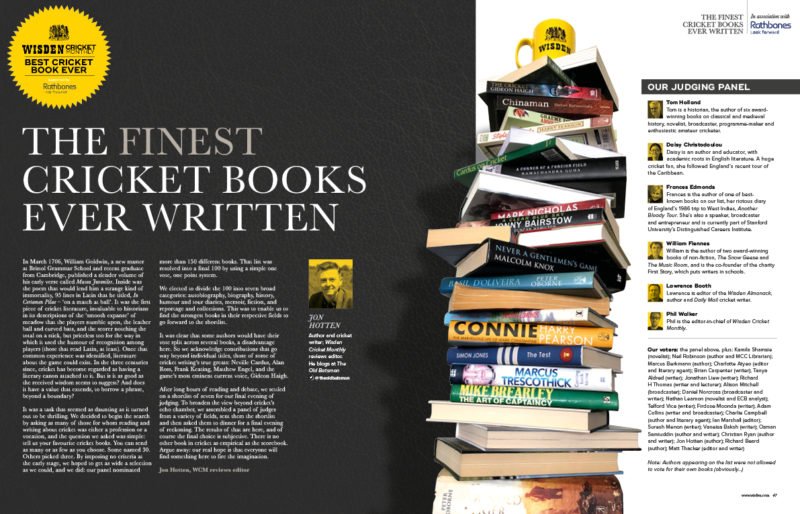 “It all stemmed from missing out on the home World Cup and the disappointment of that. It triggered something in me. I knew I needed to do something more.”
Amy Jones, England’s star performer over the winter, speaks to Raf Nicholson about her upsurge in form and the team’s 10 wins on the bounce

“How good a judge of a pitch is the average player? ‘Oh, useless, absolutely,’ says Hunt. ‘They haven’t got a clue. I could pull my mum out there – she’s 94 and she’d have more idea’.”
Mick Hunt, who spent 49 years tending the turf at Lord’s, speaks to Jon Hotten as part of a feature on the secret life of groundsmen 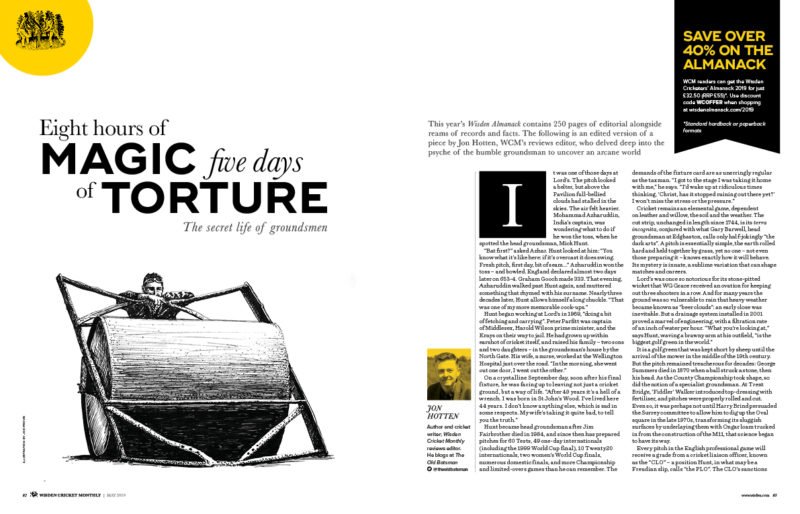 “Perhaps the closest real-world parallel is throwing a lavish dinner party. You’ve had months to prepare for it, but there you are all the same: five minutes before your guests arrive spearing Dairylea triangles with cocktail sticks because you forgot to get canapés.”
Jonathan Liew on a cherishably familiar phenomenon: the England Pre-World Cup Freak-Out

“When Pattinson is up and going he’s just devastating, with that pace and swing. And he’s such a fierce competitor, one of those players who just says, ‘Come with me’, purely through his actions. When he gets on the park – and we all know about his fitness record – he can tear through any batting line-up.”
Mel Jones says England should beware a fit-again James Pattinson in this summer’s Ashes

“Kohli is staying on my floor, in what I assume is the room with a burly Sikh gentleman stationed outside it at all hours, and in the two days before the game, the K-word drifts on the air like a mantra.”
MM Owen goes behind the scenes at the IPL with the Rajasthan Royals 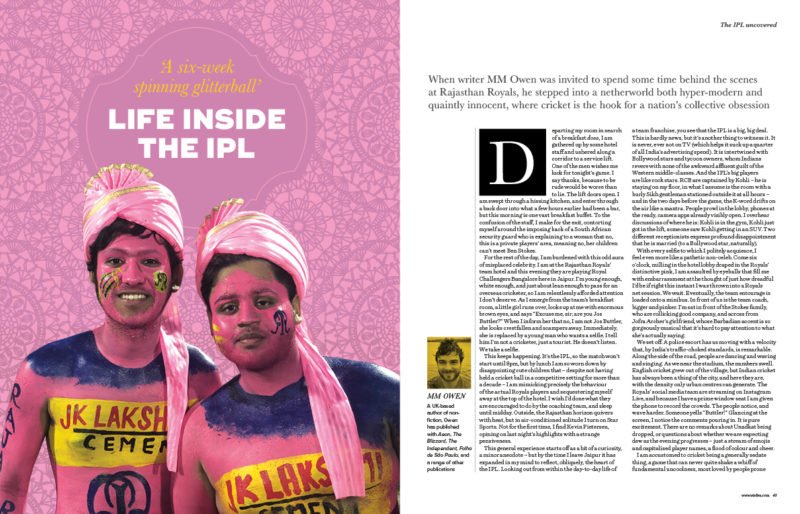 “Merv Hughes looked like a fast bowler until he started to run when, with his pot belly and shuffling, flat-footed steps, he looked like he was dashing for the outside dunny after a bad prawn.”
Anthony McGowan, the novelist and children’s author, recalls two trials down under, in ‘My Golden Summer’

“The wicket brings in Viv – early era Viv, with his shirt unbuttoned, swag as ever and those piercing eyes – walking out to Jimi Hendrix in a purple blazer, blasting out Voodoo Child from the pavilion roof.”
Isa Guha’s imagination takes over in ‘My Perfect Day at the Cricket’ 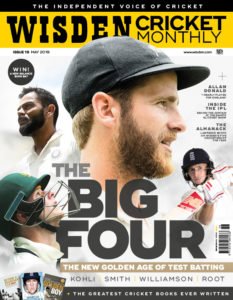