In the latest issue of Wisden Cricket Monthly, out September 27, Gideon Haigh and Kumar Sangakkara write beautifully on the career of Alastair Cook after his emotional farewell to international cricket at The Oval.

Elsewhere, Jonathan Liew talks to Moeen Ali and Adil Rashid about their enduring friendship, the pitfalls of social media and “representing the diversity of England”.

We also pick out the major stories of the summer, including Surrey’s first Championship title for 16 years, told through the diary of BBC commentator Mark Church; Phil Walker hails the impact of chief selector Ed Smith after England’s series win over India; and Worcestershire’s Daryl Mitchell reflects on a lean year of historic proportions for opening batsmen up and down the land.

Ben Gardner meets the Afghanistan squad on their tour of England and Ireland and asks what comes next for Test cricket’s newest nation. And to mark the end of the season, we celebrate some standout performers at grassroots level in the Wisden Club Cricket Awards.

“Watching him was like the companionship of someone with somewhat unusual but considered views who steadily talks you to their way of thinking rather than dazzling you with erudition or eloquence – someone you might at first underestimate, but who in their undemonstrative way achieves outsized stature.”
Gideon Haigh says he will miss watching Alastair Cook bat 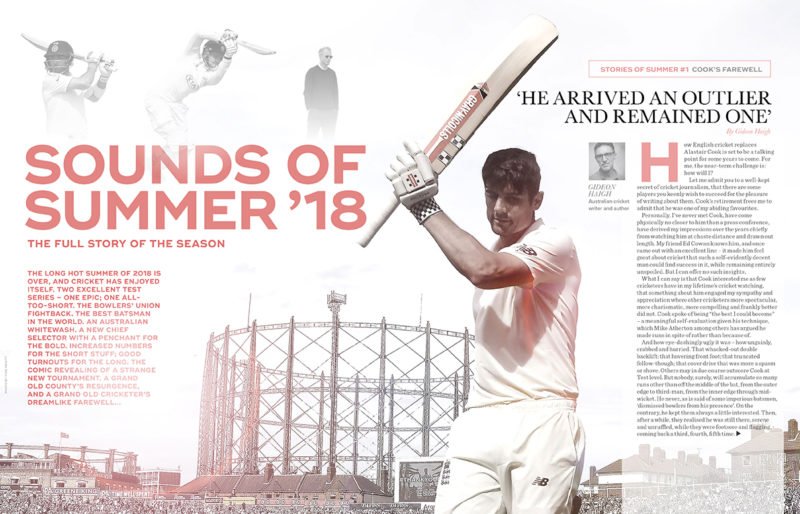 “Cook adopted a broadly defensive approach, but it was very effective, elevating him above all other players in England who in many cases might have been more talented but who didn’t have the same mental fortitude. They weren’t able to work out their games as intelligently as Cook could work out his.”
Kumar Sangakkara pays tribute to the batsman who surpassed his record as the highest-scoring left-hander in Test cricket

“If you invite one of us for dinner, we’re both coming. It’s never only Rash, or only Mo. It’s Rash ‘n’ Mo.”
Moeen Ali on his bond with England teammate and fellow all-rounder Adil Rashid… 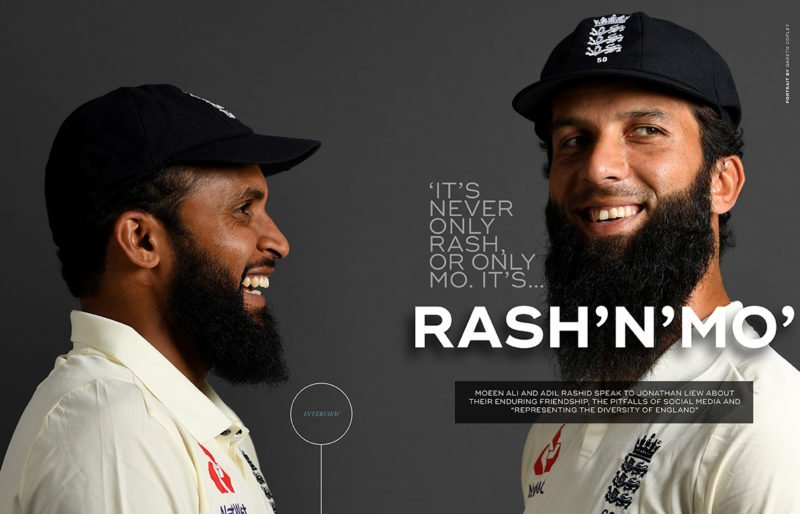 “My best years in broadcasting were 2000-06. They coincided with the peak years of a wonderful set of players who didn’t ask why I was saying what I was saying on air.”
Harsha Bhogle talks to Adam Collins about his controversial sacking by the BCCI and explains why there’ll never be another commentator like him

“I fought with the game quite a lot, I was angry with cricket. But I’m at peace now. A lot of people don’t get the chance to be at peace with cricket.”
As he prepares to hang up his boots, Jonathan Trott speaks to John Stern about his complicated relationship with the game 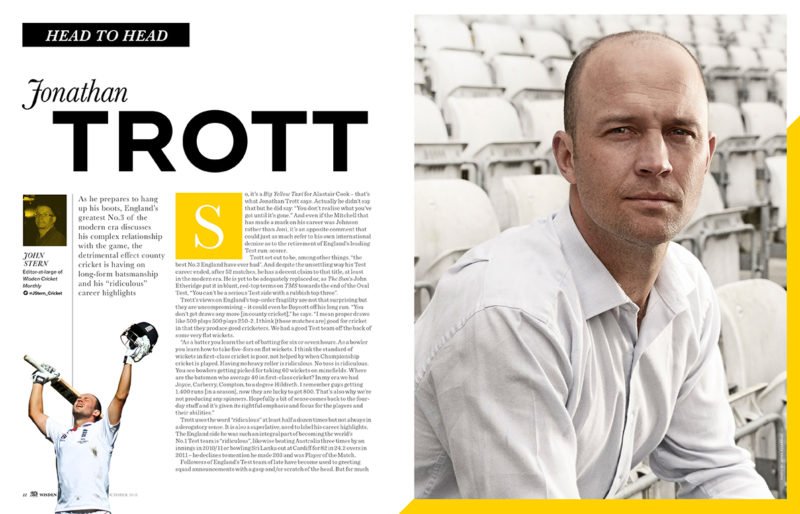 “You look around the county traps for people who are prepared to bat for a day, a day and a half, and there’s not too many about.”
Worcestershire’s Daryl Mitchell on why openers have struggled this season in county cricket

“All the Surrey supporters have now gathered by the pavilion and Dave Bradley, Johnny Barran and Kevin Howells leave me with the microphone. I’ll always be grateful to them.”
Mark Church, the voice of Surrey cricket, on the moment the Brown Hatters brought the title home 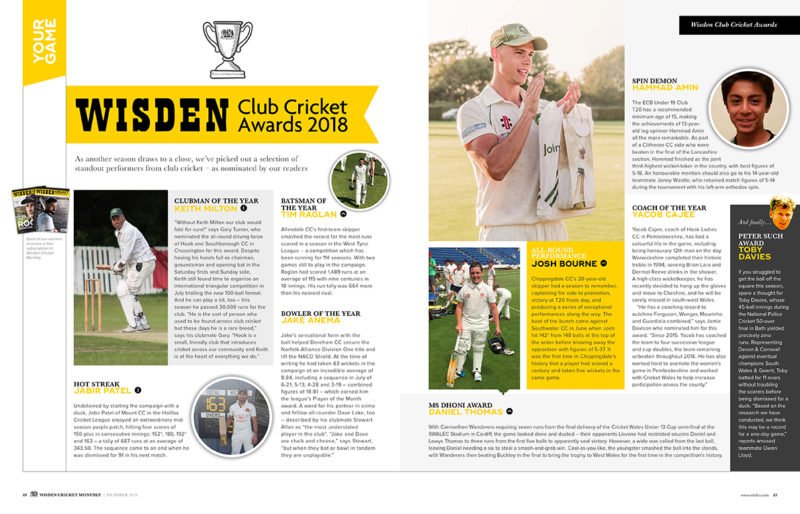 “After we got ODI status the government and the sponsors showed their interest… slowly. They thought, ‘Oh cricket is doing something’. Now I can say that we can challenge the whole world in our home conditions and we can beat everyone.”
Afghanistan captain Asghar Afghan on his country’s incredible journey and what comes next

“If one guy’s Test career can help 40 million people lead a better life then that’s good news for me. It didn’t upset me that I couldn’t play Test cricket, because what was happening in South Africa was an absolute no-no.”
Former South African all-rounder Mike Procter on his extraordinary life and career 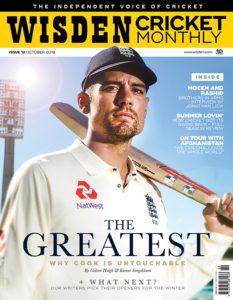