I was fortunate not just to watch Aravinda de Silva’s genius, but also to play alongside him, first for my club, Nondescripts CC, and then for the Sri Lanka team. He was one of the main influences on me, and a big reason why in my last year of school I thought that cricket may be an option for me to pursue professionally.

I watched him in that 1996 World Cup final, the hundred that was seen around the world. But it wasn’t just the final. Sri Lanka may have been two wickets down early in the final against Australia, but it was the same in the semi-final against India; to almost singlehandedly take the team to victory in both of those games – his 50 came up in 32 balls in that semi-final – was amazing to watch.

He’s definitely in the top six of my all-time great batsmen. When he first started he was a flamboyant cricketer with immense talent and potential but he was almost like someone who didn’t take the game too seriously. He showed glimpses of what he could do – including an incredible 167 at Brisbane in 1989 and then a double hundred in Wellington against New Zealand. 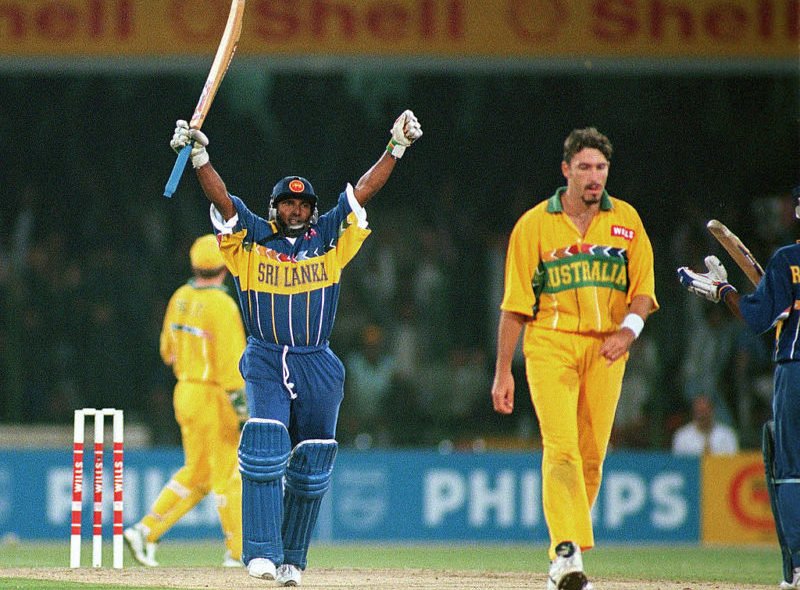 He was one of the first subcontinental batsmen to make playing the short ball look ridiculously easy. That was the hallmark of his cricket, the ability to pull the ball from any length, to any part of the leg-side starting from mid-wicket to fine-leg, and he could exploit any gap. He was completely unafraid of being bounced out, which was meant to be the perennial weakness of any player coming from the subcontinent.

When I first got into the national side in 2000, he’d been left out of the team for a while and he came back very strongly. I remember him saying how disappointed he was to be out for two years because he felt he could have scored 20 more hundreds with one eye closed during that period. That was the amount of confidence he had in his technique.

He was the first international batsman I really spoke about batting with. He taught me how to keep my eye-level steady, no matter the pace or the bounce of the wicket. He also asked me to adjust my bottom hand, which was always aligned to my top hand, and actually turn it slightly back towards the spine of the bat, which would allow me to play straighter. Those two adjustments helped my game immensely. 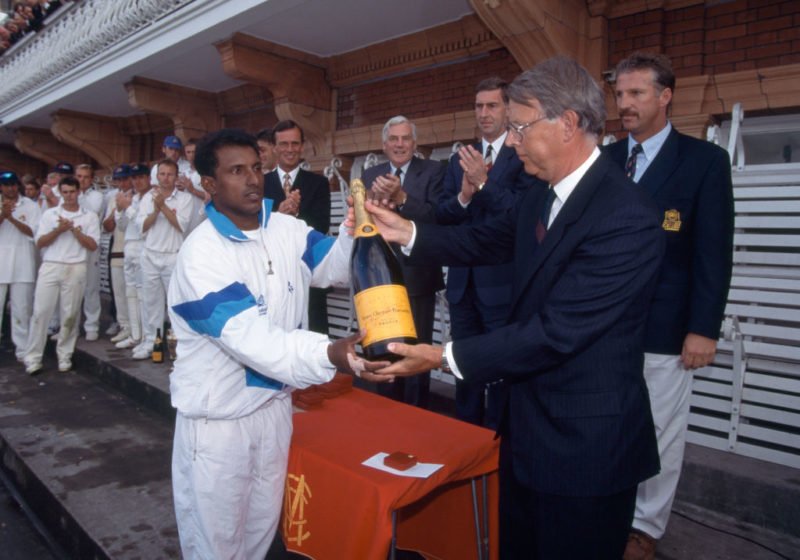 In some respects the turning point for Aravinda was the season he spent playing for Kent in 1995. He had a terrible start to the season and Mark Benson, the Kent captain, asked why in the world the club had signed this young batsman from Sri Lanka. But once the sun came out, Benson said he could never stop admiring the way Aravinda batted. He couldn’t stop scoring runs, he scored them for fun. He is still the only man to be awarded the Man of the Match award in a domestic Lord’s final despite finishing on the losing side, after an amazing hundred that took them from certain defeat to near victory.

He was also, after Murali, the second best off-spinner Sri Lanka had. And it wasn’t just the World Cup final. I remember we played against Australia in the semi-final of the Champions Trophy in 2002. Australia’s team included Hayden and Gilchrist. They were very quickly 60-0. Aravinda came on and immediately got rid of Hayden, and then bowled 10 overs for 13 runs.

He was a very astute thinker on the game. A smart tactician. And even during his last hurrah at the 2003 World Cup when we lost in the semi-finals, the ability he showed at that late stage of his career was just astonishing.

Related Story: The Randiv ruckus: A World Cup final selection call that came out of nowhere

Of course, he played at a different time. It was pre-social media and before the era of really big money. He does have a little flamboyant side to him with his love of fast cars and sports cars, but overall he’s avoided the pitfalls of becoming a bitter, old cricketer. He seems to be at peace with his career, and with how the game has evolved, with the new opportunities and rewards available. I think he’s realised that one of the reasons why all of these opportunities are now there for young players is because of the way he played the game himself.

This article was first published in issue 11 of Wisden Cricket Monthly. Subscribe here.