There’s a video from The Grade Cricketer doing the rounds that neatly illustrates how Marnus Labuschagne is now appreciated in Australia after a golden run of form that’s suddenly vaulted him to the top rungs of the game.

It involves Labuschagne’s response to a question about his cricket bat, cleverly edited to create a series of non-sequiturs as he enthusiastically darts through every element of his various blades, from names to handles to tape to feel, and so on. It was a reminder of a story that emerged last year from Brisbane club cricket: he can be blindfolded yet still tell which of his teammate’s bats he’s holding.

It’s easy to laugh along at nuggets like these because they reinforce everything we’ve learned about the 25-year-old over the last six months. If David Warner is the most complicated character in world cricket, Labuschagne presents as the simplest. He’s just Marnus – the kooky and smiley cricket nut. 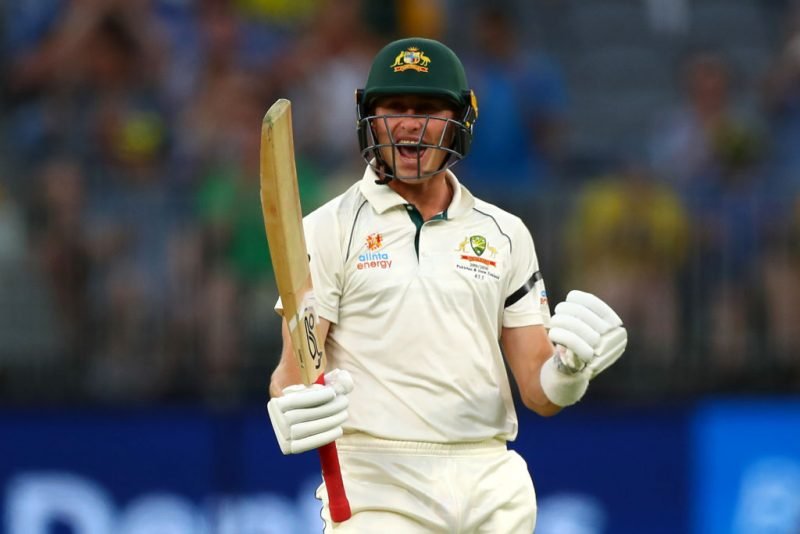 This impression tallies with what those inside the dressing room say when the tape recorders are off – Australia’s No.3 is a tough bastard on the field who never stops talking off it, especially with his theories about batting. “Entertaining and simultaneously annoying,” as one teammate put it to WCM – with love. There are none of the dismissive pretences that can appear when a player suddenly becomes a household name, nor the arrogance to think he now has the game worked out.

The story of Labuschagne at Lord’s in last year’s Ashes Test already feels like folklore. In a trailer for a new Amazon documentary series on Australia’s transformation after the sandpaper debacle, it cuts to him revisiting the scene where Jofra Archer felled Steve Smith. Of course, it was this incident that later made Labuschagne’s own inclusion, as a concussion substitute, possible. “It was like 96.2 (mph),” he says, voice raising in pitch, excitedly, boyishly. “I was like, ‘Ooh, that’s quick!’”

The first legal delivery he received from Archer some 25 hours later was a near carbon copy of the ball which hurt Smith, except it hit Labuschagne’s grille rather than his neck. He went down but bounced up, never losing grip of his precious bat. Earlier in the year, he talked about his strong Christian faith and how he felt it was best expressed via his actions rather than his words. Fuelled by that belief, the determination he displayed over the next few hours was compelling as he battled through to a half-century and helped save the match. Labuschagne arrived that morning 12th man and left undroppable. 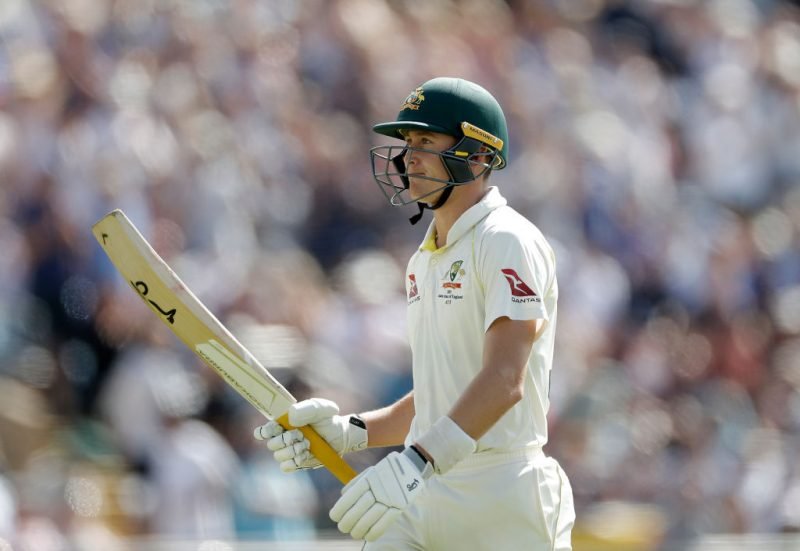 Marnus Labuschagne was Australia’s second leading runscorer in the 2019 Ashes, despite only coming in as a concussion substitute halfway through the second Test of the series

These sound like the actions of a prodigy, pre-ordained to excel at the top level. Except, when playing at the level below, he was anything but. This is where the comparisons with Smith diverge. Remember, Smith was taken out of school aged 17 by his manager so he could start making his fortune. Labuschagne, having arrived from Durban as a kid, made it to state cricket quickly but seldom stepped up, scoring four tons in five seasons. After graduating to the Test side in the wake of the sandpaper bans dished out to Smith, Warner and Cameron Bancroft, there was shock at how many more statistically worthy candidates he had leapfrogged.

After two Tests against Pakistan in October 2018 – in which Labuschagne’s most significant contribution was taking a reflex catch in his groin and bowling some canny spin – many assumed that would be that for his international career. Upon returning home his form was much as it always had been in the Sheffield Shield – middling. But India’s dominance on their 2018/19 tour of Australia meant a recall for the Sydney Test – to bat No.3, no less, the most sacred of all batting positions for Australians. Former players howled. How could this be? But Labuschagne didn’t mind, taking guard with a bat smothered in red cherries. As we would soon learn, he generally middles them.

Under the tutelage of batting coach Neil D’Costa, who oversaw Michael Clarke’s rise to the top, Labuschagne was told to not only want to be a Test batsman but to be the best in the world. A year on from that Sydney recall against India, he was the most prolific Test run-scorer on the planet. This January, he returned to the SCG to complete the fifth-most-productive summer ever on Australian shores, piling on 215 against New Zealand to take his tally to 896 runs at 112 across five home Tests. Only Wally Hammond, Ricky Ponting and Matthew Hayden (twice) have ever scored more.

Smith’s influence is palpable and this strand of the story is a sweet one. Every book you read about the development of the human brain refers to imitation – in short: if parents set a good example, a kid is through to the semis without dropping a set. Labuschagne, in the infancy of his international career, has found the ideal man to mimic. It might appear weird for him to – using his own descriptor – “idolise” a teammate, but Smith’s one-track mind, and his equally obsessive interest in batsmanship, has proven the perfect example. They watch each other, they push each other, and they’re now the best of mates.

It’s this foundation that leads the best judges to conclude that this will not be some flash in the pan moment for Labuschagne as it was for Pete Handscomb a few years back or, looking further afield, Gary Ballance before that. Instead, they’re building a team around this No.3. Steve Waugh recently declared him to be “the future of Australian cricket”, while Justin Langer reckons the wunderkind would “do it all for nothing” if required, such is his pure, unremitting love of batting.

Given the regard in which Labuschagne is already held, the next logical step should be that we decide to learn how to accurately pronounce his surname. The ‘Labu-Shane’ option he affords us is generous – he doesn’t want the Afrikaans to be a distraction – but given he was patient enough to learn English after arriving from South Africa, it’s surely the least we can do. One thing’s for certain: we’re going to be hearing his name for many years to come.

This article was first published in issue 28 of Wisden Cricket Monthly.