Wisden Cricket Monthly columnist Kumar Sangakkara continues his series on the greatest players of his era. This time he recalls the career of one of the most destructive batsmen of the 21st century, Virender Sehwag.

I’ve been a great admirer of Virender Sehwag ever since I first saw him play. Not just because of his phenomenal ability, but because his mindset was all about scoring runs as quickly as humanly possible.

This is a very rare feature in most batsmen. While most of them are content to accumulate runs in a considered and structured manner, with Sehwag, it was about getting to that position of dominance from ball one of his innings in as short a time as possible.

Sehwag was never a player to think about his average or records; his one and only ambition was to score runs for his side, score them quickly, and end up on the winning side as a result.

I don’t think the format mattered to him. Whether it was Test cricket, one-day cricket or Twenty20 cricket his approach was the same
It is rare to find such a selfless player. Brian Lara, for example, was different – sure, he wanted to win and he played aggressive innings, and he scored a lot of runs that won games, but Virender was even more brutal in his attitude. His only thought was: ‘I’m here for the team purpose, I’m an impact player, and the only way I can measure my impact is by winning games, and to do that I have to be brutal’.

His technique was very simple, based around a great eye, high and free hands, minimal footwork, great balance, and excellent wrists. He would always try to open up the off-side, to get the bowlers bowling at the stumps because the stumps for him didn’t exist; he just had a bat in his hands to hit the ball, gaps in the field to penetrate, and a boundary to find. 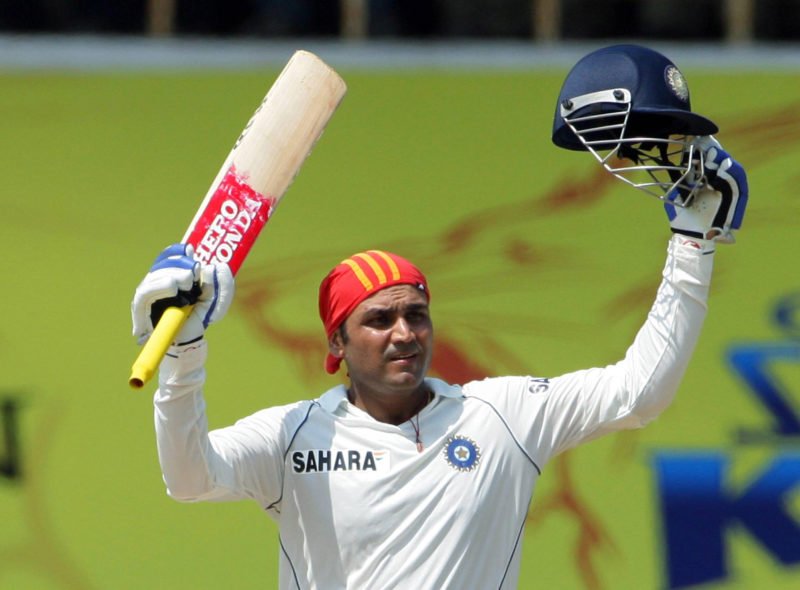 I don’t think the format mattered to him. Whether it was Test cricket, one-day cricket or Twenty20 cricket his approach was the same. He adjusted to pitches and bowlers somewhat, but he would rather have them adapt to him. Some said that he was shy against extreme pace, or that he had a weakness against the in-dipper or the short ball, but he scored runs all around the world – a debut hundred against South Africa, 197 before tea against Australia, runs against England in England – and in any conditions, on any pitch, he had the skills to dominate any bowling attack.

There was an instance that Murali told me about when during a tri-series in Australia in 2008 we all went to dinner in Hobart after Sehwag had been dropped to allow Robin Uthappa to move up the order. Over dinner it came out that Virender had actually said to the coaches that it would be a good time to play Robin ahead of himself because he was not in form and Robin was. You could see that even in a tough situation he was all about ensuring that his side was in a strong position, armed with the players to be effective.

There was not a single area of the field that he didn’t hit a shot to
Off the pitch I’ve always got on very well with him. He loves a laugh but I wouldn’t say he takes things lightly. There’s a side to him that a lot of players don’t see on the field. For a man who spectators and opposition players can perceive as blasé and flamboyant, he has a very astute cricketing brain. He thinks very well and very positively about the game and is tactically sound.

There are two innings that particularly stand out. The first, in 2008 at Galle, was the most impressive innings of his that I’ve ever seen and it falls into the same category of performance as Brian Lara scoring 688 runs against us in a series. India came into the game 1-0 down in the series, Ajantha Mendis having run through them at the SSC on his debut. Every Indian batsman was being bamboozled by Murali and Mendis, but Virender came out all guns blazing. He carried his bat for 201 from 231 balls in a total of 329 in a side full of legends. 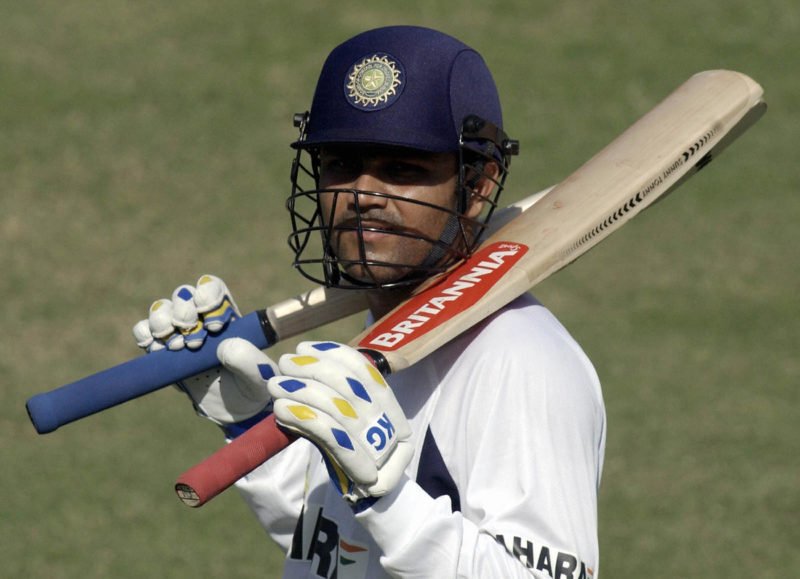 Among great batsmen, Virender stood out because he came out and didn’t worry about reading Mendis or Murali. It was a masterclass of aggressive batting. There was not a single area of the field that he didn’t hit a shot to; if ever he was in trouble and he couldn’t read the ball, he would just extend the arms and take the ball through or over the boundary.

And then in 2009 at Mumbai he put the match beyond us with a wonderful innings where he again took most of our bowlers to task, and with the pace he scored the runs – his 293 came from just 254 balls – it meant that India had the time to win the game despite us scoring more than 700 runs in the game.

That to me is the hallmark of his batting. Of course, it was beautiful to watch. But to me Virender Sehwag is great because he walked out to bat with only one thing in mind and that was to be the man to put India into a winning position.

Subscribe to Wisden Cricket Monthly for more features from the biggest names in the game.