Allan Donald has revealed how he almost came to play for England prior to South Africa’s readmission to international cricket in 1991.

South Africa were previously suspended from international cricket for 21 years due to the policy of apartheid, and Donald, who played for Warwickshire for over a decade, has admitted that he was approached by a number of England players about the possibility of representing England. 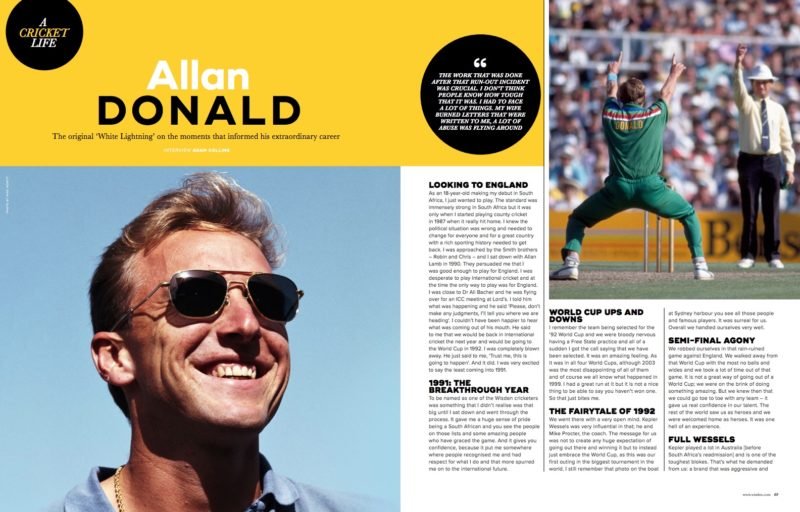 Speaking to Adam Collins in issue 19 of Wisden Cricket Monthly, Donald said: “I was approached by the Smith brothers – Robin and Chris – and I sat down with Allan Lamb in 1990. They persuaded me that I was good enough to play for England. I was desperate to play international cricket and at the time the only way to play was for England.

“I was close to Dr Ali Bacher and he was flying over for an ICC meeting at Lord’s. I told him what was happening and he said, ‘Please, don’t make any judgements, I’ll tell you where we are heading’. I couldn’t have been happier to hear what was coming out of his mouth. He said to me that we would be back in international cricket the next year and would be going to the World Cup in 1992. I was completely blown away. He just said, ‘Trust me, this is going to happen’. And it did.” 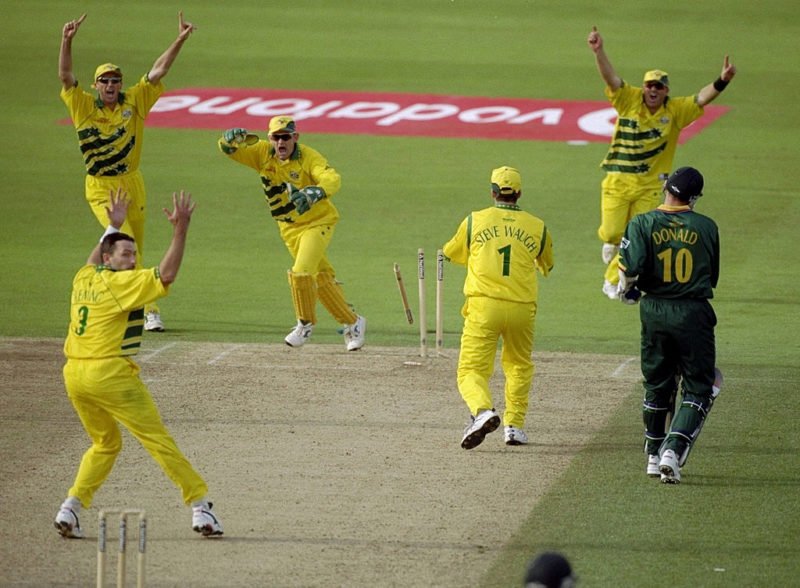 Donald also discussed the difficulties he experienced after he was infamously run out in the 1999 World Cup semi-final, leading to South Africa’s elimination from the tournament at the hands of eventual winners Australia.

“The work that was done after that run-out incident was crucial. I don’t think people know how tough it was. I had to face a lot of things. My wife burned letters that were written to me, a lot of abuse was flying around. I had to deal with all of that and I had to deal with the guilt, so to speak, of not making that happen.

“It is still tough to look at knowing we were just one run away. I am OK with it now. It was a really, really tough time and I had some help from some tremendous people behind the scenes to ease that. But I am in a position now where I can help players. I can relate to their disappointment.”