The Somerset and England legend Marcus Trescothick speaks to Jo Harman about the innings that turned his career on its head.

At the end of the summer, Marcus Trescothick will bring the curtain down on his illustrious career after 27 seasons of run-making.

Since signing as a professional at the age of 16, putting pen to paper the day after finishing his GCSEs, the left-handed opener has racked up more than 40,000 runs across all formats, including a club record 52 first-class centuries for his beloved Somerset.

Trescothick’s feats with England – which included 14 Test hundreds, a then record 12 ODI centuries and a lead role in the 2005 Ashes – had already made him one of the most popular English cricketers of his generation, and he continued to pile on the runs in county cricket when his battle with depression and anxiety forced his international retirement in 2006. 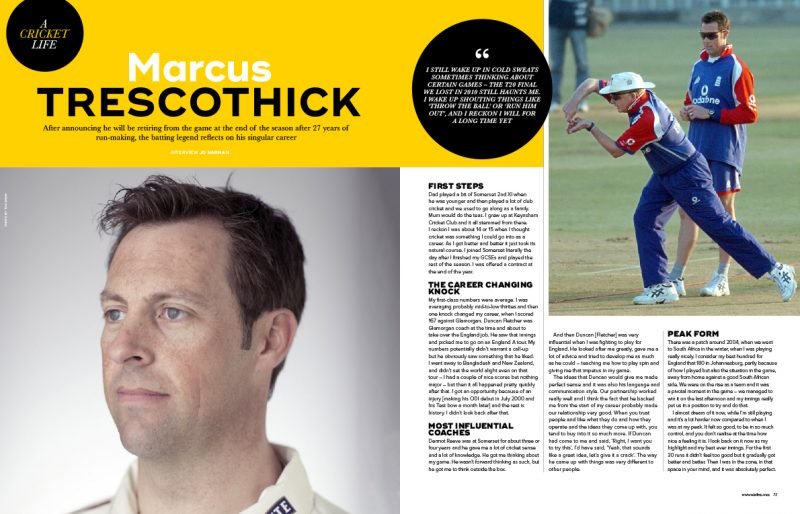 Reflecting on his career, Trescothick says it all could have been very different but for one knock in an otherwise insignificant county fixture at the back-end of the 1999 season, when Duncan Fletcher’s Glamorgan side arrived at Taunton.

The 23-year-old was in the midst of a quietly encouraging season – his seventh as a pro – after struggling to fulfil the promise that had made him one of the most talked about young batsmen in the country. He immediately caught the eye of Fletcher, who was set to take over as England coach at the end of the summer.

“My first-class numbers were average,” says Trescothick in an exclusive interview in the September issue of Wisden Cricket Monthly. “I was averaging probably mid-to-low thirties and then one knock changed my career, when I scored 167 against Glamorgan. 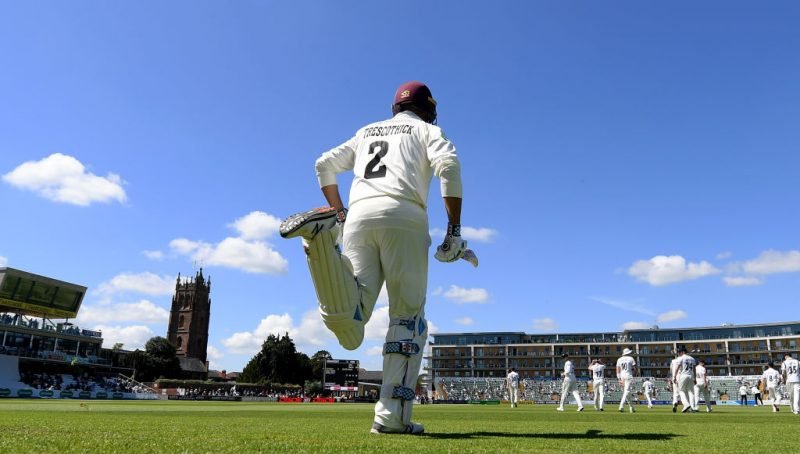 “Duncan Fletcher was Glamorgan coach at the time and about to take over the England job. He saw that innings and picked me to go on an England A tour. My numbers potentially didn’t warrant a call-up but he obviously saw something that he liked. I went away to Bangladesh and New Zealand, and didn’t set the world alight even on that tour, but then it all happened pretty quickly after that. I got an opportunity because of an injury [making his ODI debut in July 2000 and his Test bow a month later] and the rest is history.”
Related Story: When Marcus Trescothick bowled first change in a classic England Test win

Fletcher would continue to be influential in Trescothick’s career, helping equip him for the demands of international cricket.

“He looked after me greatly, gave me a lot of advice and tried to develop me as much as he could – teaching me how to play spin and giving me that impetus in my game. The ideas that Duncan would give me made perfect sense and it was also his language and communication style. Our partnership worked really well and I think the fact that he backed me from the start of my career probably made our relationship very good.”

Trescothick picks out his innings of 180 against South Africa at Johannesburg in January 2005, which set the platform for a series-clinching victory, as the best he ever batted for England.

“Whether I thought my career would go on until I was 43, I don’t know. But I’m glad that it did and lucky that it has done. To play for 27 years is a real pleasure"

“I consider that my best hundred, partly because of how I played but also the situation in the game, away from home against a good South African side. We were on the rise as a team and it was a pivotal moment in the game – we managed to win it on the last afternoon and my innings really put us in a position to try and do that.

“I almost dream of it now, while I’m still playing and it’s a lot harder now compared to when I was at my peak. It felt so good, to be in so much control, and you don’t realise at the time how nice a feeling it is. I was in the zone, in that space in your mind, and it was absolutely perfect.”

In the years since his international retirement, Trescothick has become a colossus of the county game, passing 1,000 first-class runs eight times in 10 seasons between 2007 and 2016, including eight hundreds in the 2009 campaign alone.

Somerset’s long wait for a Championship title continues – something which could yet change in his final season – but the 43-year-old says he was never tempted to seek pastures new. 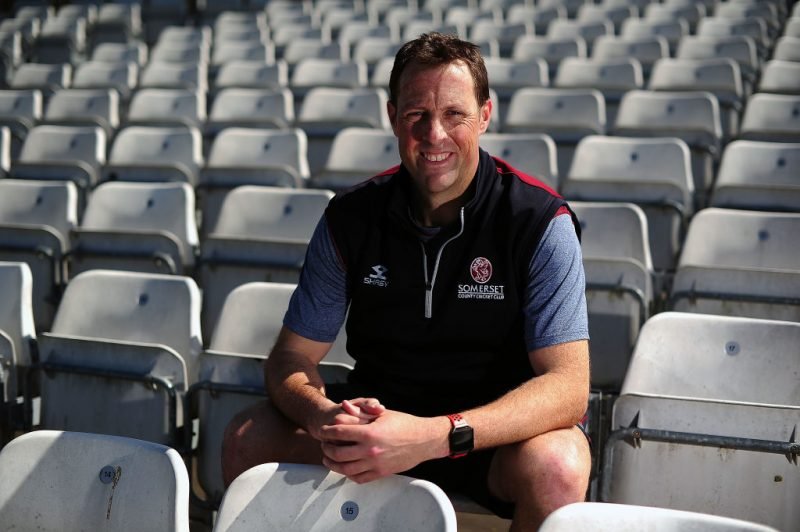 “Whether I thought my career would go on until I was 43, I don’t know. But I’m glad that it did and lucky that it has done. To play for 27 years is a real pleasure.

“Leaving Somerset hasn’t really ever crossed my mind. There was one conversation with one club at one point but it was never a case of, ‘Right let’s get into proper negotiations’. It was an off-the-cuff chat with somebody and it was left at that. We didn’t take it any further. I don’t think I ever wanted to move on.

“If I hadn’t been treated like I have been then it could have been different, but the club have looked after me so well that I haven’t wanted or needed to look elsewhere.”

To read ‘A Cricket Life’ with Marcus Trescothick in full, pick up a copy of the September issue of Wisden Cricket Monthly, which also features a Jos Buttler exclusive and profiles of five county cricket MVPs.