Jofra Archer admits he never expected his career would progress as quickly as it has done when he decided to swap Barbados for Hove three years ago.

After signing his first professional contract with Sussex in 2016, the fast-bowling all-rounder, who previously played for West Indies under 19s, has rapidly become a worldwide T20 star and is now firmly in contention for World Cup and Ashes selection this summer following his qualification to represent England.

Related Story: ‘Too much noise’ – Gillespie says Archer debate is being blown out of proportion
Archer, who has a British passport through his English father, was not due to be available until the winter of 2022 but the ECB have changed the required residency period from seven years to three, paving the way for a call-up.

England coach Trevor Bayliss has said he expects the 23-year-old to be given an opportunity to force his way into the World Cup squad in the one-off ODI against Ireland on May 3 and the T20I versus Pakistan two days later, which is putting the heat on England’s current crop of limited-overs bowlers. 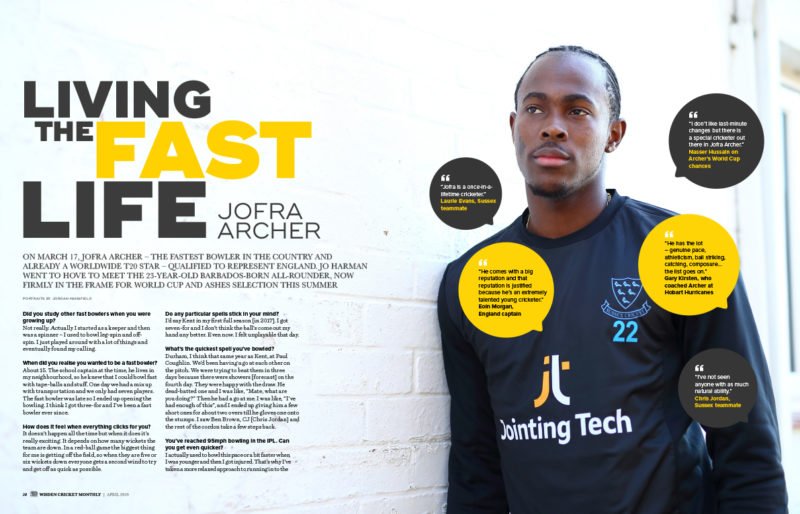 Jofra Archer in the April issue of Wisden Cricket Monthly

“I never knew things would have turned out the way they have so quickly,” Archer says in an exclusive interview in the latest issue of Wisden Cricket Monthly. “When I started my residency process the [Sussex] director said, ‘You do know it’s going to be seven years [before being eligible to play for England]?’ I said, ‘I know, that’s fine’.

“I only did it so I could play for Sussex as a local. I was a young boy. I knew I’d stand more of a chance playing county cricket as a local than an overseas.”

“After a long, hard four-day game, everyone at the club gets to go home to their family and I’ve got to go home on my own”

He goes on to explain why he felt he needed to leave Barbados to further his career, and the challenges of adjusting to a new life in England.

“It’s really hard to get a chance in Barbados,” he says. “It’s either the first team or no team. There’s no second XI, there’s no academy really. From under 19 you’ve just got to try and break into the senior team. It’s just a long list.

“I was injured at the time so I put myself pretty much to the bottom of that list. No one showed much interest so I just thought I’d try and come to England and give it a couple of years. If it didn’t happen I could always go back and try again. 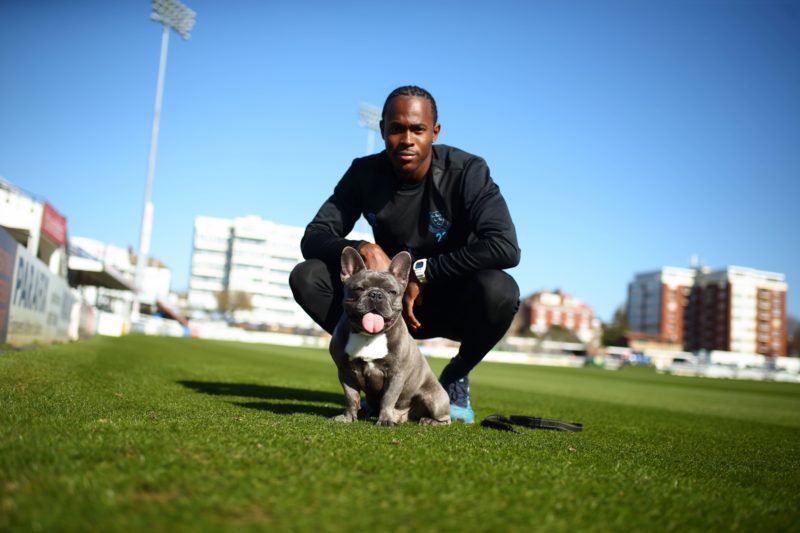 With Chris Jordan’s dog Griffin on the outfield at Hove

“Both my grandparents passed away when I was over here. My gran passed when I’d just come over and my mum told me, ‘Don’t come back, you’ve made your plan, just stay with it’. That was hard because my gran used to take really good care of me. They usually say when one grandparent goes, the other goes shortly after, so two years later my grandad went and my mum was a lot closer to her dad than her mum so I had to go back for that one.

“After a long, hard four-day game, everyone at the club gets to go home to their family and I’ve got to go home on my own, or if I want family I go next door to CJ [Chris Jordan]. If you have a really good game, there’s no one to go home and be excited with. Just you. It’s really great to play cricket in England, but being away from my family is really hard.” 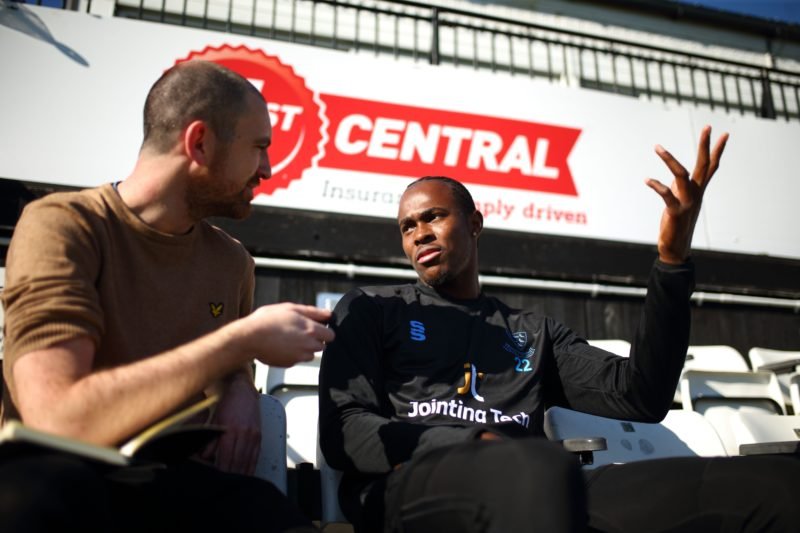 Archer, who has already been clocked at 95mph, says he can get even quicker

Archer is a hard-hitting lower-order batsman, exceptional fielder and skilful bowler, but it is his raw pace which is of particular interest to England. He was the fastest bowler in county cricket last season and was clocked at 95mph while playing for Rajasthan Royals in the IPL. He says he has the potential to bowl even quicker.

“I actually used to bowl this pace or a bit faster when I was younger and then I got injured. That’s why I’ve taken a more relaxed approach to running in to the wicket. I guess I’d like to get back there but I know that I have it in me. So if I need to, I can do it. But what I’m doing right now seems to be working. When it stops working then I will try something else.”

To read the Jofra Archer interview in full, as well as an in-depth feature looking at why England continue to struggle to produce express fast bowlers, pick up a copy of issue 18 of Wisden Cricket Monthly 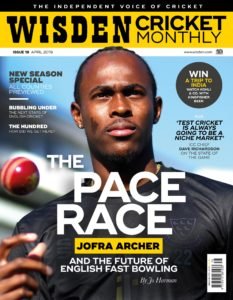