In the latest issue of Wisden Cricket Monthly, Graham Gooch spoke to Benj Moorehead about England’s tour to the Caribbean in 1986, and in particular Sir Viv Richards’ record-breaking 56-ball century in Antigua.

It’s true that there was a bit of a feeling that we could get some kind of result when we went to the Caribbean in early 1986. We’d beaten Australia the previous summer and all our batsmen had got runs. All the names were there: myself, Gower, Beefy, Gatt, Lamby.

Ian Botham was full of self-confidence and bowling particularly well, a class act as a lively swing bowler. But generally speaking the ball doesn’t swing in the West Indies. It gets roughed up so you don’t get much lateral movement, and this was before we knew anything about reverse-swing. It was a bit of a mismatch: they had four cannons, we had three pea-shooters and a spinner. We got absolutely blown away. 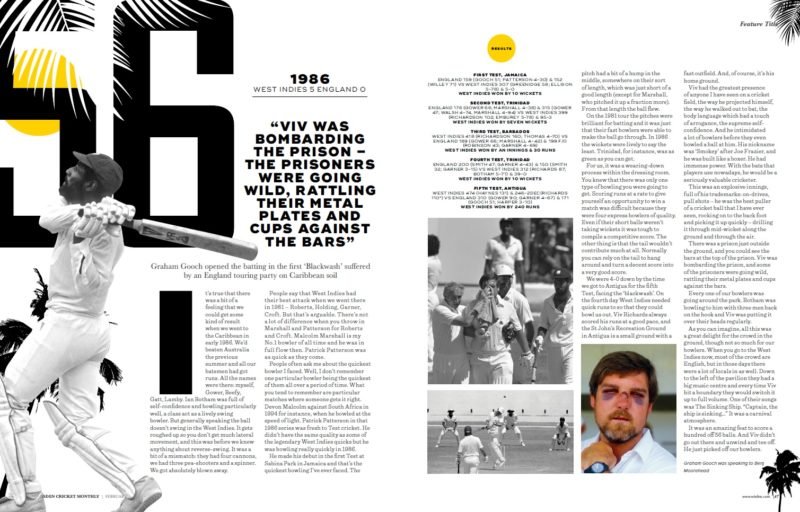 People say that West Indies had their best attack when we went there in 1981 – Roberts, Holding, Garner, Croft. But that’s arguable. There’s not a lot of difference when you throw in Marshall and Patterson for Roberts and Croft. Malcolm Marshall is my No.1 bowler of all time and he was in full flow then. Patrick Patterson was as quick as they come.

People often ask me about the quickest bowler I faced. Well, I don’t remember one particular bowler being the quickest of them all over a period of time. What you tend to remember are particular matches where someone gets it right. Devon Malcolm against South Africa in 1994 for instance, when he bowled at the speed of light. Patrick Patterson in that 1986 series was fresh to Test cricket. He didn’t have the same quality as some of the legendary West Indies quicks but he was bowling really quickly in 1986. 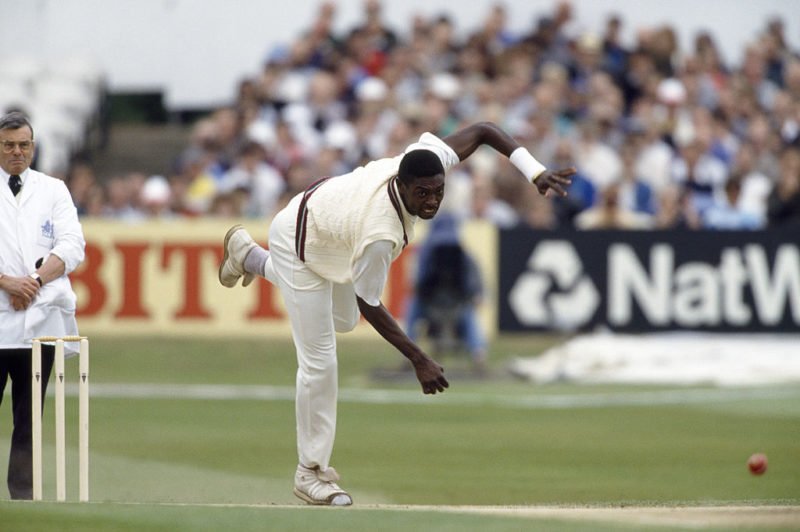 He made his debut in the first Test at Sabina Park in Jamaica and that’s the quickest bowling I’ve ever faced. The pitch had a bit of a hump in the middle, somewhere on their sort of length, which was just short of a good length (except for Marshall, who pitched it up a fraction more). From that length the ball flew.

On the 1981 tour the pitches were brilliant for batting and it was just that their fast bowlers were able to make the ball go through. In 1986 the wickets were lively to say the least. Trinidad, for instance, was as green as you can get.

"Viv was bombarding the prison, and some of the prisoners were going wild, rattling their metal plates and cups against the bars."
For us, it was a wearing-down process within the dressing room. You knew that there was only one type of bowling you were going to get. Scoring runs at a rate to give yourself an opportunity to win a match was difficult because they were four express bowlers of quality. Even if their short balls weren’t taking wickets it was tough to compile a competitive score.

The other thing is that the tail wouldn’t contribute much at all. Normally you can rely on the tail to hang around and turn a decent score into a very good score. We were 4-0 down by the time we got to Antigua for the fifth Test, facing the ‘blackwash’. On the fourth day West Indies needed quick runs to so that they could bowl us out. Viv Richards always scored his runs at a good pace, and the St John’s Recreation Ground in Antigua is a small ground with a fast outfield. And, of course, it’s his home ground. 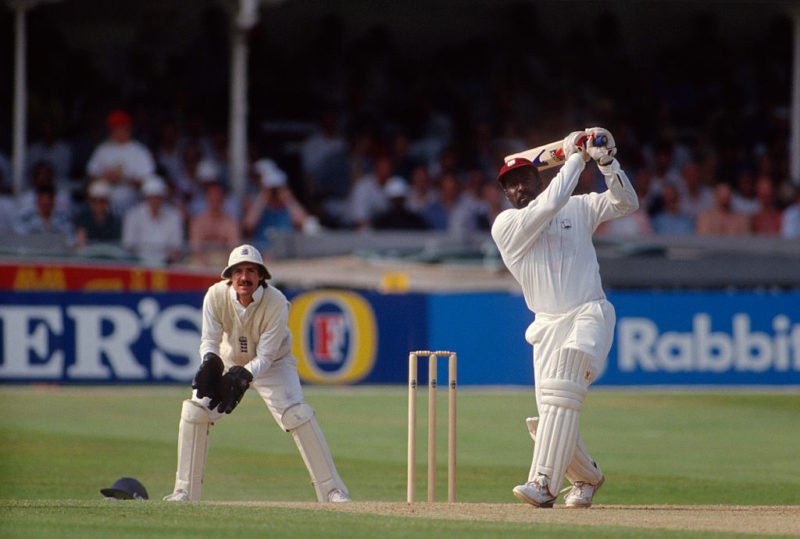 Viv had the greatest presence of anyone I have seen on a cricket field, the way he projected himself, the way he walked out to bat, the body language which had a touch of arrogance, the supreme self- confidence. And he intimidated a lot of bowlers before they even bowled a ball at him. His nickname was ‘Smokey’ after Joe Frazier, and he was built like a boxer. He had immense power. With the bats that players use nowadays, he would be a seriously valuable cricketer.

This was an explosive innings, full of his trademarks: on-drives, pull shots – he was the best puller of a cricket ball that I have ever seen, rocking on to the back foot and picking it up quickly – drilling it through mid-wicket along the ground and through the air.

There was a prison just outside the ground, and you could see the bars at the top of the prison. Viv was bombarding the prison, and some of the prisoners were going wild, rattling their metal plates and cups against the bars. Every one of our bowlers was going around the park. Botham was bowling to him with three men back on the hook and Viv was putting it over their heads regularly.

Related Story: Watch: Pakistan lose two in two, Wasim Akram flicks Ambrose for six in response
As you can imagine, all this was a great delight for the crowd, though not so much for our bowlers. When you go to the West Indies now, most of the crowd are English, but in those days there were a lot of locals in as well. Down to the left of the pavilion they had a big music centre and every time Viv hit a boundary they would switch it up to full volume. One of their songs was The Sinking Ship. “Captain, the ship is sinking…” It was a carnival atmosphere.

It was an amazing feat to score a hundred off 56 balls. And Viv didn’t go out there and unwind and tee off. He just picked off our bowlers.

This article first appeared in issue 16 of Wisden Cricket Monthly. Pick up a copy here.