In an interview with Jo Harman at Hove on March 17, the day Jofra Archer qualified to represent England, the Barbados-born all-rounder spoke about the struggles of living in England, what it feels like to bowl at 95mph, and how he makes it all look so easy.

Did you study other fast bowlers when you were growing up?
Not really. Actually I started as a keeper and then was a spinner – I used to bowl leg-spin and off- spin. I just played around with a lot of things and eventually found my calling.

When did you realise you wanted to be a fast bowler?

About 15. The school captain at the time, he lives in my neighbourhood, so he knew that I could bowl fast with tape-balls and stuff. One day we had a mix up with transportation and we only had seven players. The fast bowler was late so I ended up opening the bowling. I think I got three-for and I’ve been a fast bowler ever since.

Related Story: Holding: England should always pick Broad over Anderson away from home

How does it feel when everything clicks for you?

It doesn’t happen all the time but when it does it’s really exciting. It depends on how many wickets the team are down. In a red-ball game the biggest thing for me is getting off the field, so when they are five or six wickets down everyone gets a second wind to try and get off as quick as possible. 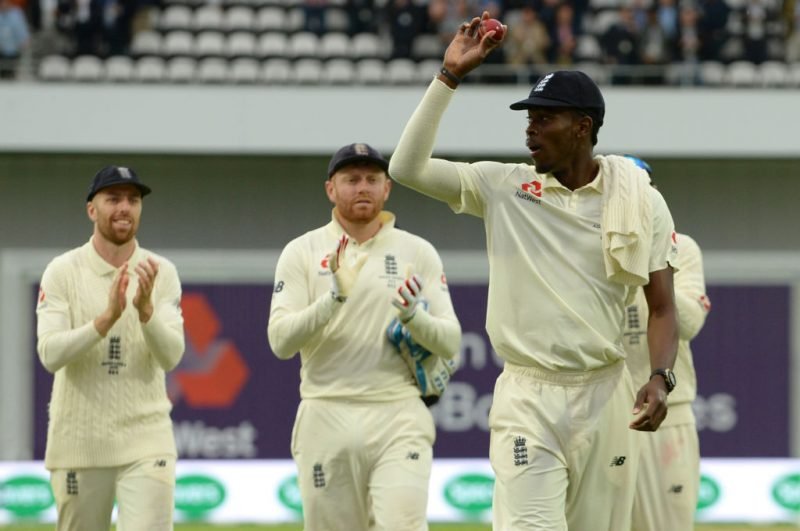 Do any particular spells stick in your mind?

I’d say Kent in my first full season [in 2017]. I got seven-for and I don’t think the ball’s come out my hand any better. Even now. I felt unplayable that day.

Durham, I think that same year as Kent, at Paul Coughlin. We’d been having a go at each other on the pitch. We were trying to beat them in three days because there were showers [forecast] on the fourth day. They were happy with the draw. He dead-batted one and I was like, “Mate, what are you doing?” Then he had a go at me. I was like, “I’ve had enough of this”, and I ended up giving him a few short ones for about two overs till he gloves one onto the stumps. I saw Ben Brown, CJ [Chris Jordan] and the rest of the cordon take a few steps back.

You’ve reached 95mph bowling in the IPL. Can you get even quicker?
I actually used to bowl this pace or a bit faster when I was younger and then I got injured. That’s why I’ve taken a more relaxed approach to running in to the wicket. I guess I’d like to get back there but I know that I have it in me. So if I need to, I can do it. But what I’m doing right now seems to be working. When it stops working then I will try something else, but for now I’m quite happy to keep going and see how efficient I can be first before I change anything.

Trying to bowl your quickest on an early-season pitch, you’re not going to get the results, you’re only putting yourself at risk. I don’t think you should be express in all three formats. You just put yourself at risk and if you’re off the pitch then that’s opportunities you’re missing out on. You need to know when and when not to [bowl at full pace].

"If you have a really good game, there’s no one to go home and be excited with. Just you. It’s really great to play cricket in England, but being away from family is really hard."

Would you be prepared to sacrifice some pace to prolong your career and become more of a James Anderson-style bowler?
No, not yet. If all goes well I should have another 12 years of cricket so maybe for the last four or five I’ll try to take the Jimmy Anderson role up.

There haven’t been too many genuine all-rounders who are express quicks. Is that how you see yourself, or are you a fast bowler who bats?
No, I’m an all-rounder.

With Sam [Curran] and Woaksey [Chris Woakes] now, I don’t know where, if selected, I’ll fit into the order. But I do know that if I did get in, there’s a lot of support even until No.11, so that’s exciting for me.

Would you back yourself to bat No.7 in Test cricket?
I’d love to but I don’t think I will be given that opportunity. I’d take it with open arms but personally I don’t think I’d get that role. 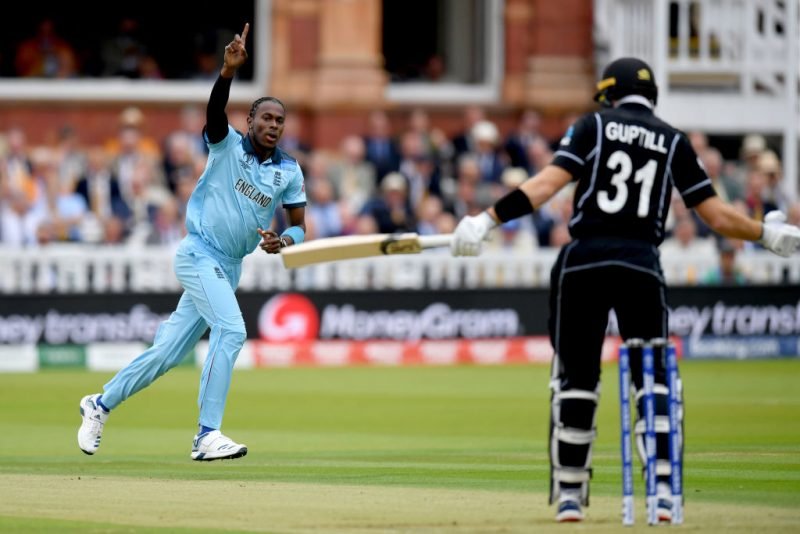 “I don’t think you should be express in all three formats. You just put yourself at risk”

Skills-wise it looks like everything comes very easy to you.
If you train hard then what you’re training for should look easy. I’d say I’m a bit fortunate as well with the way that everything’s happened. I guess I’m doing something right because everything’s been going OK so far, but it doesn’t always go to plan. I’ve had a few games this year that didn’t really go to plan. But you can’t dwell on them too much. Sometimes you can’t overturn it, you’re just going to have a bad day, and you have to accept that.

Have you changed much as a person since you moved to England?
Yeah, I left home at 18. I remember it like it was yesterday. I used to come over and play club cricket but by late September I’d be back home and I remember my mum saying, “It’s weird it being October and you’re not home”. First pre-season it was cold, it was rainy, it taught me a lot. I just grew up. It’s opened my eyes to the world.

Watching Big Bash, watching the IPL, watching the T20 Blast on TV – I just thought that it was so far away from me. I thank CJ a lot for giving me this opportunity to come over here [Jordan recommended Archer to Sussex after facing him in the nets in Barbados and the pair are now close friends and next-door neighbours]. 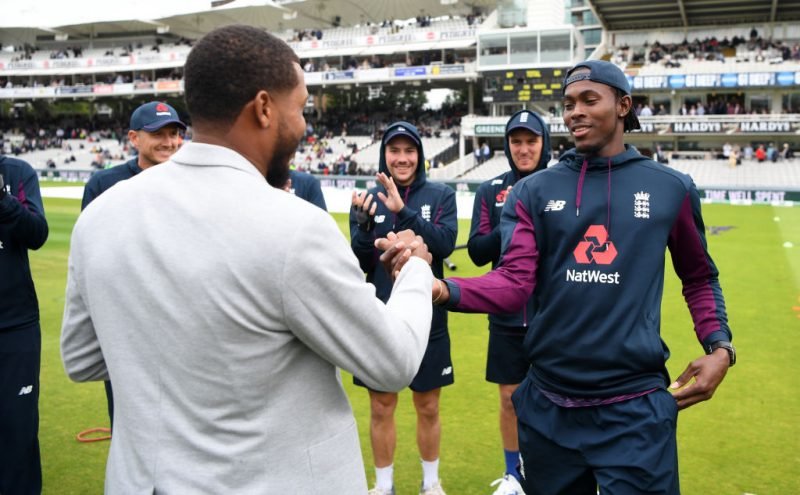 Is it hard to get your head around how quickly your life has changed?
Yeah, when I started my residency process the director said, “You do know it’s going to be seven years [before being eligible to play for England]?” I said, “I know, that’s fine”. I only did it so I could play for Sussex as a local. I was a young boy. I knew I’d stand more of a chance playing county cricket as a local than an overseas. I never knew things would have turned out the way they have so quickly. I didn’t think I’d be playing IPL within two years or so after I signed.

What’s the most difficult thing about living in England?
Being away from my family. Last year my mum, step-dad, my sister, everyone was over. But the four summers before, I’d have to go back when the season was over. Both my grandparents passed away when I was over here as well. My gran passed when I’d just come over and my mum told me, “Don’t come back, you’ve made your plan, just stay with it”. That was hard because my gran used to take really good care of me.

They usually say when one grandparent goes, the other goes shortly after, so two years later my grandad went and my mum was a lot closer to her dad than her mum so I had to go back for that one.

After a long, hard four-day game, everyone at the club gets to go home to their family and I’ve got to go home on my own, or if I want family I go next door to CJ. If you have a really good game, there’s no one to go home and be excited with. Just you. It’s really great to play cricket in England, but being away from my family is really hard.

Is your dad [who’s English] proud you’re pursuing a career with England?
I hope he is. I think the only people that aren’t are some people from Barbados or the West Indies who don’t really know the full story or why I even tried to make this happen. It’s really hard to get a chance in Barbados. It’s either the first team or no team. There’s no second XI, there’s no academy really. From under 19 you’ve just got to try and break into the senior team. It’s just a long list.

I was injured at the time so I put myself pretty much to the bottom of that list. No one showed much interest so I just thought I’d try and come to England and give it a couple of years. If it didn’t happen I could always go back and try again.

What were your emotions watching West Indies beat England in the recent Test series?
I’m just watching good cricket. I know a lot of the guys in the West Indies team. Me and Alzarri [Joseph] were the two bowlers that got cut from the Under 19 World Cup squad but he played the following year. It’s hard watching cricket being played in Barbados through the TV, it makes you want to go home. Even the 50-over match the other day, it was really hard watching it.

Do you know Jason Holder well?

Yeah, he’s a Bajan boy. I used to use TON [the cricket brand] and he gave me some stickers, a pair of gloves. In Barbados you look after your own. Most of the time!

Has he been on the phone trying to change your mind about playing for England?
No, I got a message last summer. He just asked me if I was available for CPL [Caribbean Premier League] but he knows what I’m trying to do. I don’t think he’ll try to lure me back.

This interview originally appeared in issue 18 of Wisden Cricket Monthly. You can buy a copy here.