Jos Buttler is the man for his time and place. Switched on, inquisitive, and increasingly open to expressing his mind. Discernibly English yet fond of the term “Un-English”, and coveted by every moneymaking machine out there.

Hypermodern, multi-functioning, as at home in Mumbai at midnight as he is at Taunton on a sleepy Sunday, aligned at one stage or another to Somerset, Lancashire, two Big Bash franchises, a brace of IPL teams, Bangladesh’s Comilla Victorians and all that England can throw at him. A stroke-inventor whose peers study him for clues – Ben Stokes is not the only teammate drawn to the side of the net when Buttler is on one – a player making the implausible commonplace, a madly creative spirit who stretches the limits of your imagination, England’s one true white-ball icon, a global commodity, and now, just like that, wedged in the engine room of a Test team that doesn’t know its own strength. He is 28.

You might recall that Buttler flattened a set of stumps and changed the course of English cricket. That was last month. He says it’s hard to know if it will ever sink in. Maybe at the end of his career. More pressingly, he wonders if that “30 seconds of pure joy and elation” can ever be experienced again. 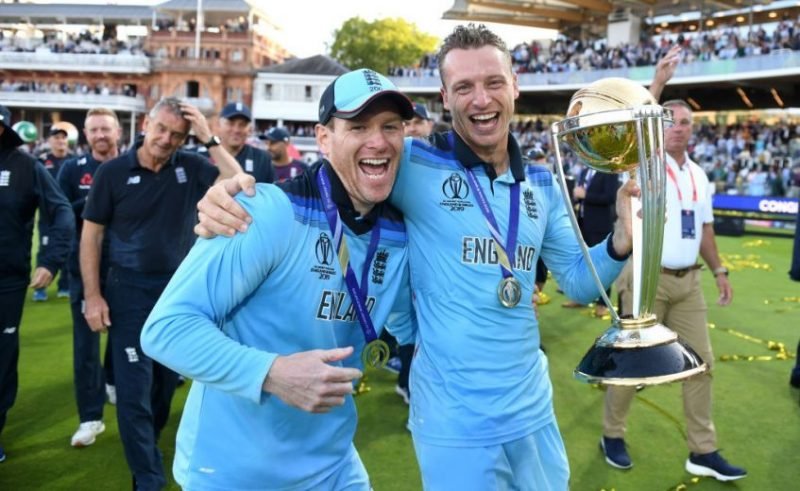 A kind of absence accompanies the euphoria. “Having invested so much time, and the emotions of going through the World Cup, and going through those struggles, it can tire you out emotionally,” he admits. “We won’t experience another World Cup in England again. That’s the sadness that you have to deal with.”

His Test recall last year was a triumph. He played hot, he played cold. He ground out a fourth-dig century against India, and built on top of that. He swept Sri Lanka’s spinners to distraction at Pallekele and charged them at Colombo. He took the Player of the Match award at Leeds against Pakistan, and averaged 45 in 10 matches in the year. But that was then, and this is now.

In two Tests this summer he’s yet to play a decisive innings. Edgbaston was a blowout. It was hardly surprising. His second-innings 31 at Lord’s was useful, helping to steer England out of bother, but it was fleeting. Buttler knows he has yet to leave his mark on an Ashes Test. In seven matches across two series, he has a highest score of 42. After the last series, in 2015, he was dropped. England shouldn’t make the same mistake again.

He knows he needs to dig deep. “It’s about maintaining trust in yourself,” he says, “and adjusting to the rhythms of Test cricket, switching on to what’s worked for me, and trying to put those things in place. And accepting that Test cricket will always challenge you.” Which is all very well, but the Edgbaston Test was the first time that Buttler had faced a red ball since March. “Yeah, but you have to keep showing up and taking the game on.” Truth is, he’s cramming an education. 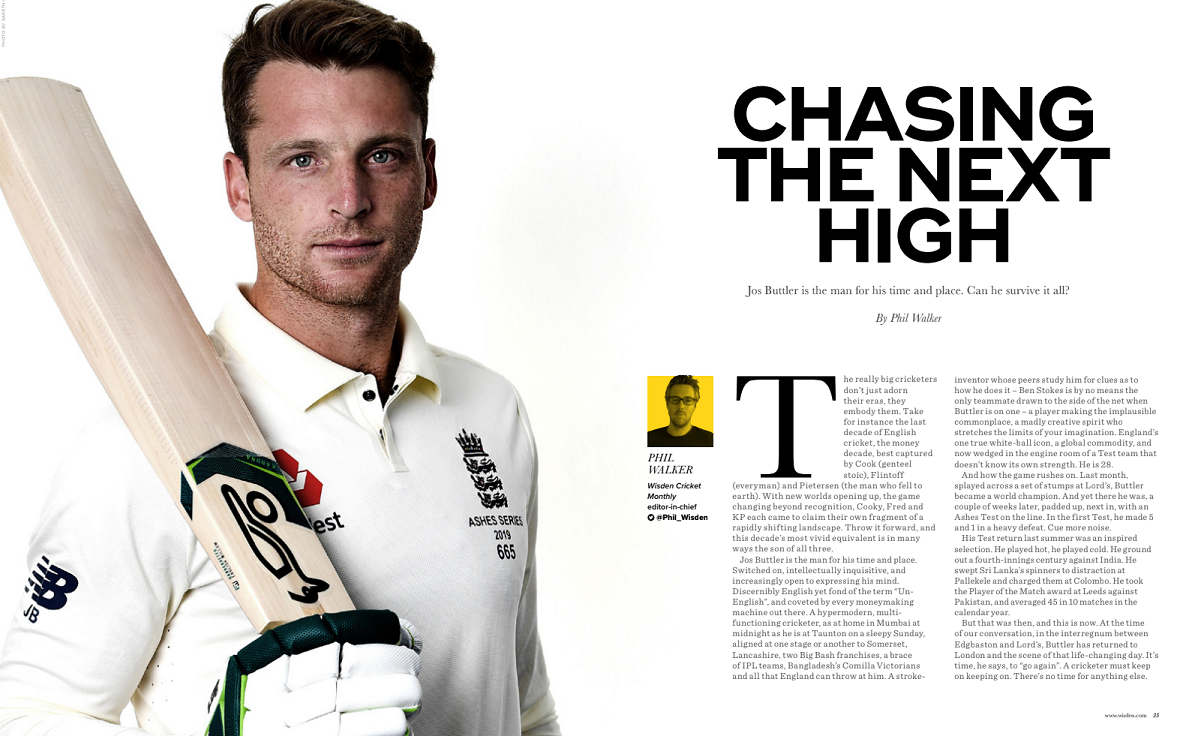 When Ed Smith recalled the white-ball genius last year, there were those who told him that he should just go and smack the red one too. But that was far too simplistic for Buttler. “The Test game demands that you play the situation and adapt accordingly,” he says. He aspires to be England’s version of AB de Villiers: the thrillseeker who can silence the ego when he has to. “That’s one thing I tried to do last year, to play it as I saw it, to trust my instincts and try to trust my defence. You have to find a way to occupy the crease, not just score quickly.

“It’s about trusting my decision-making. I’m the best version of myself that I’ve ever been. I just want to enjoy that and try and be as good as I can be.”

Such is the fragile balance of this line-up, Buttler could finish the year either out of the team or in charge of it – though neither would be preferable. By rights, of course, he should be left alone, given the space to explore a form of the game he just doesn’t play very much. Since the start of 2016, he’s played a grand total of 24 first-class matches. He clearly deserves some time.

Yet for all that he’s played just 15 Tests since his return (eight fifties, one hundred), Buttler’s white-ball aura has seeped into the five-day version. Swiftly installed as vice-captain, a position he held until the reinstatement of Stokes last month (a move he’d known about for a while), Buttler still appears the most plausible successor to Joe Root should the Ashes and its aftermath turn dark. In an ideal world he’d be left just to bat. But the foundations of this team are precarious. And people do like to speculate.

He has conquered the most immediate form of the game. Now for the really tricky part. Test cricket needs Buttler, perhaps more than the other way around, and this team needs him in particular. When he bats, they watch. When he talks, they listen. He is its conscience and its future.

To read this interview with Buttler in full, pick up a copy of the September issue of Wisden Cricket Monthly, which also features a Peter Siddle exclusive, analysis of the state of women’s cricket in England, and profiles of five county cricket MVPs. Subscribe here