For two decades, Kapil, Hadlee, Botham and Imran dazzled from Mumbai to Christchurch, London to Lahore. In any other era, writes Matthew Sherry, they would have been out on their own; as it was, they fought a four-way scrap for supremacy. Who won? The debates still rage…

In 1971, three years before Sir Garry Sobers played his last Test, an 18-year-old Pakistani aristocrat called Imran Khan began his decades-long quest to become the world’s next great all-rounder. Imran, a raw quick at that stage, was first out of the blocks; they blood them early in Pakistan. Stylish, sculpted, and intelligent enough to make it up to Oxford, Imran was the next-gen poster boy for a Pakistan team in just their second decade as a Test nation. Upright, upper-crust and ever classy, the teetotal Imran, on Sussex’s books, roused romantic echoes of fading English values; ironically perhaps, given a very modern animal would soon be shaking up English cricket. They called him Guy the Gorilla.

There were immediate similarities. Hair, guts, limitless charisma. Ready-made talismans. Self-doubt an inconvenience suffered by others. Egos to match their talents. But as pertinent to their similarities were the differences. Although in those early days Botham was Imran’s superior on the field, he was his antithesis off it. Here was a cricketer so drawn to the flame and yet so talented that the old boy brigade which still ran English cricket could just about stomach his off-field misdemeanours; for the working-class, he was a relatable hero in a world of aliens.

Botham edged the battle with Imran in the early years. From his debut in 1977 to the end of ‘82, there was no better cricketer in the world who didn’t don West Indies maroon. In that period, he played 58 Tests, hit 3,229 runs – including, ridiculously, 11 centuries – and claimed 262 scalps at a tick below 25. He catapulted himself to the forefront of cricket’s consciousness with perhaps the greatest individual turnaround in sporting history during the ‘81 Ashes.

Such was the nature of Botham’s efforts in the early Eighties that it was easy to overlook the emerging force that was Imran. A genuine quick capable of swinging it both ways, and a batsman who would turn himself from dud to stud, Imran got better with age. He would average 50 with the bat and 19 with the ball over his last 51 Tests, while Botham’s form declined, as chronic back issues and a debilitating charge-sheet plagued the second half of his career.

Imran was unquestionably Botham’s superior as a captain. While the Englishman failed to win a Test in his eight matches in charge, Imran led Pakistan to their first Test series victory in England in 1987. That summer saw a definitive shift in power: as Botham laboured with the ball, averaging a miserable 61, the visiting skipper struck 191 runs at nearly 48 and claimed 21 wickets at 21.66. Botham had a chance for redemption five years later, in the ‘neutral’ ground of Australia as Pakistan and England did battle in the World Cup final, but a duck and one wicket – admittedly that of Imran for 72 – ensured Botham, then overweight and selected on former glories, watched on as Imran led his cornered tigers to the trophy. 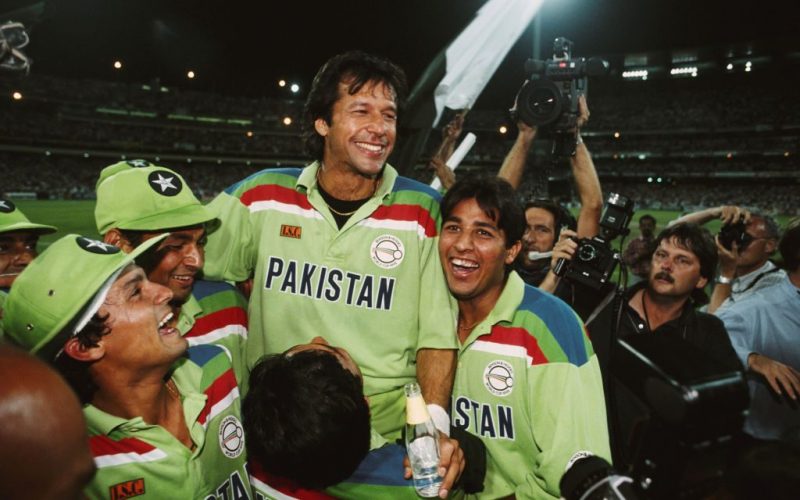 The final ignominy for Botham was to come in the law courts in 1996 as he and teammate Allan Lamb unsuccessfully tried to sue Imran for libel, alleging that Imran had labelled him a ball-tamperer and implied a degree of racism. An ugly legal case that cost an estimated £500,000 ensured a dismal end to a mesmerising, acrimonious private battle. Indeed, while the apparent lack of animosity means Hadlee and Kapil Dev do not fit into the same ilk as Botham and Imran culturally, there is little doubt they did in cricketing terms.

Such was the enormity of their personalities, that Botham and Imran often appeared to dominate not just their own cricketing cultures but the whole post-Sobers ‘greatest all-rounder’ debate. But they weren’t alone. Far from it. 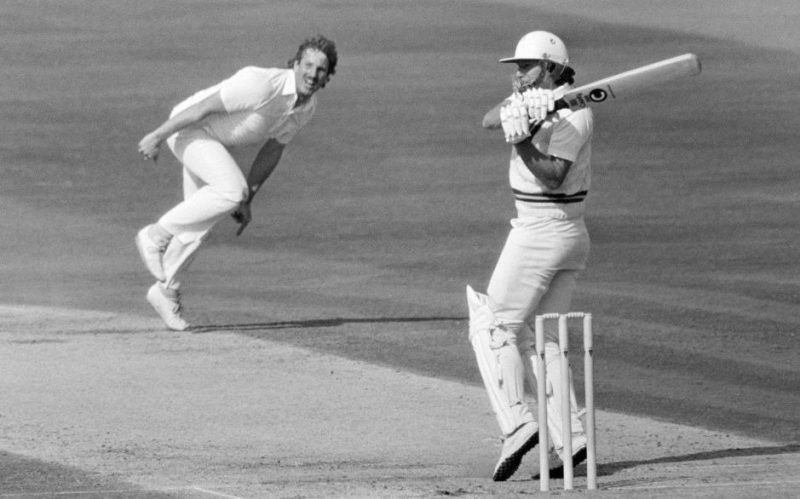 Imran and Botham rose through the ranks during the early Eighties

Few players have had as great an individual impact on their team as Richard Hadlee. The New Zealander started out like Botham and Imran, a tearaway in the age of the hipster with shaggy hair and untended facial fluff who bowled with spite and pace. But such appearances belied a single-mindedness that would turn Hadlee into one of the very best technicians of all time. With time came refinement in all senses; as his hair shortened, so too did his run-up. With his action changed to a side-on, whippy release, Hadlee’s pace dropped but his accuracy improved. The new, rhythmical approach paid dividends as Hadlee catapulted the Kiwis into the international cricket conversation.

Hadlee led New Zealand to a series of landmark Test victories, often saving his best for Australia. His 15 wickets at Brisbane in 1985 was his finest Test match haul; his wickets and a maiden Test hundred against the dominant West Indies in 1980 perhaps his finest all-round turn. While a return of only two Test hundreds puts him way down that list, as a consistent wicket-taker Hadlee may just shade it. He broke new ground by becoming the first man to reach 400 Test scalps – having done so in 80 Tests, he is the second-fastest behind Muttiah Muralitharan’s mark of 72. 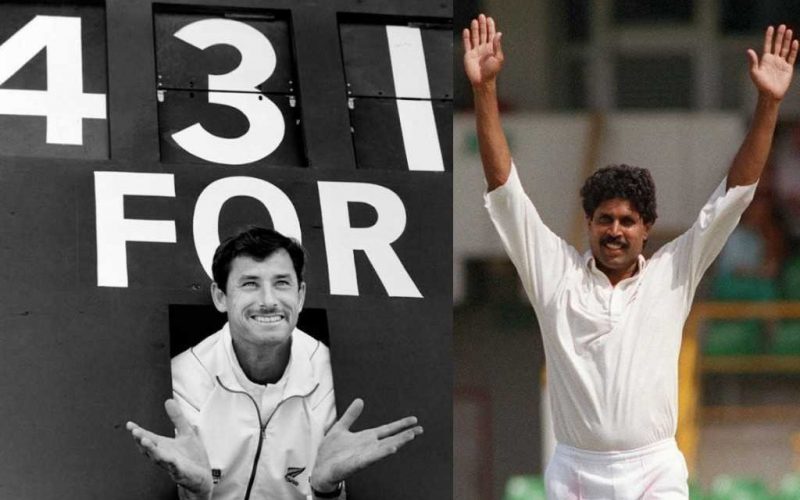 Although Hadlee became the first man to break the 400-wicket barrier, his final tally would eventually be eclipsed by India’s Kapil Dev. The outlier of the group, Kapil had perhaps the greatest impact of all by proving pace bowling could be successful in India. The cricketing heartland’s first great quick man, he captained India to a maiden World Cup success in 1983, conquering that Windies team in the final, and was voted the nation’s cricketer of the century ahead of Sachin Tendulkar and Sunil Gavaskar. He bowled with venom and away-swing, and batted with freewheeling style to the tune of over 9,000 runs and nearly 700 wickets across all forms.

Their rivalry spanned two decades, three continents and even a courtroom. The debate over who was best is futile. Ultimately, they were all the best to their own teams: Hadlee, the ageless craftsman, was the ultimate overachiever in a cricketing nation that would build itself on that very trait; Imran got better with age, inspiring the likes of Waqar, Wasim and Shoaib Akhtar and going out at the very top at the MCG in ‘92; Kapil was the first great Indian quick, proving seamers could prosper on ragged turners; Botham made cricket sexy for an entirely different class of people. And yet their greatest influence was probably on each other, for it’s difficult to imagine one being quite so good without the rest.