James Anderson, England’s all-time leading wicket-taker, has said in an exclusive interview with Wisden that he only has “one or two years” left as an international cricketer.

Anderson has taken 514 wickets – the third-most by a seamer behind Glenn McGrath and Courtney Walsh – in 131 Tests and he enjoyed a stellar summer, being named Man of the Series against West Indies. The 35-year-old continued his impressive form by taking his maiden five-wicket haul in Australia in the second Ashes Test at Adelaide but speaking to Wisden Cricket Monthly prior to the series he conceded that his England career was nearing its end.

“I don’t know how long I’ve got left, but it won’t be long, one or two years, whatever it is,” he told Felix White in an exclusive interview from the December issue of Wisden Cricket Monthly. “I’m not going to be able to play international cricket until I’m 40, realistically. I’m hoping there might be a bit more freedom the other side of playing.”

I feel very selfish sometimes in the way I treat my family. The minute they see the big cricket bag out it’s like, ‘How long is it for this time?’

Given that the next Ashes will take place in England in 2019, that timeframe suggests the ongoing series could be his last against Australia. After 15 years as an international cricketer, which have included four Ashes tours, Anderson says he is looking forward to being able to dedicate more time to his family.

“I’d say I’m a really good team man, and when I’m away from cricket, I’m a really good family man, but when cricket’s on I’m the most self-centred person. ‘Right, I need to go to bed now, because a game is on.’ It’s all about me. So I feel very selfish sometimes in the way I treat my family. The minute they see the big cricket bag out it’s like, ‘How long is it for this time?’ and that can be really hard for everyone. That creates arguments at home, you’re distant with your missus and kids, you’ve got an Ashes coming up and you’re watching them on TV, thinking, ‘What’s Steve Smith doing?’” 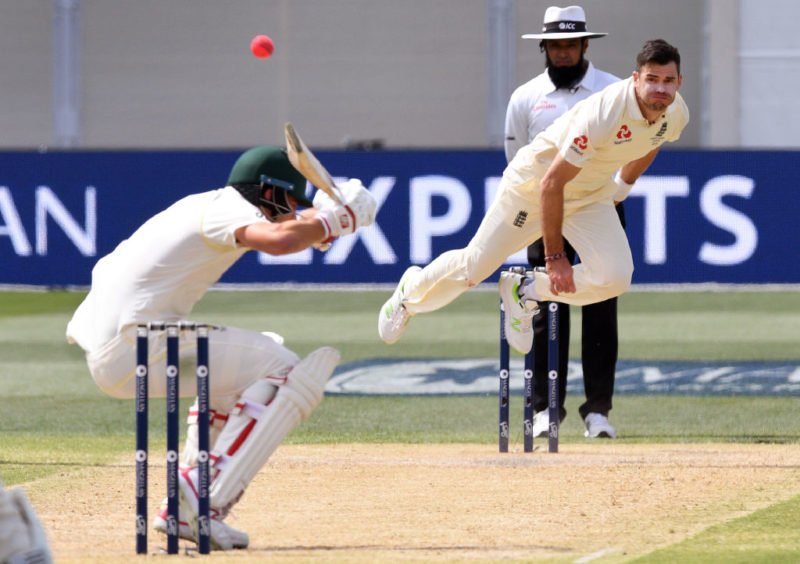 Despite the personal sacrifices, and the aches and pains built up after years on the international circuit, Anderson says he still relishes the physical aspect of bowling.

“There’s nothing better for me, even if I don’t get wickets, than bowling 25 overs in a day and everything’s killing, you know it’s going to hurt like f*** when you get out of bed in the morning, but you’ve worked. You’ve worked for the team to help them win a game of cricket. I like waking up hurting in the morning. It might make me grumpy, but I like that.”

Related Story: Anderson: Reading what people say in the media frustrates me

Anderson adds that even in the twilight of his career he never stops learning from teammates and opponents. “Playing against Vernon Philander recently, he only bowls 78 miles an hour but I watched him and learnt a lot,” he says. “It’s the easiest thing to do. I just watch cricket. Even this season, I’ve watched most of the county wickets on the ECB app, every day I’m on them. I’m finding out who’s doing well.”

To read the James Anderson interview in full, as well as exclusive interviews with Jonny Bairstow, Desmond Haynes and Graham Thorpe, buy a copy of issue 2 of Wisden Cricket Monthly 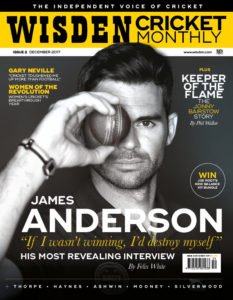