After warming the Mumbai Indians (MI) bench for their first two  IPL 2020 matches, Ishan Kishan made the most of a rare start against Royal Challengers Bangalore (RCB) on Monday. Aadya Sharma recalls his chat with the former India Under-19 captain.

When you’re a wicketkeeper-batsman and you play for Jharkhand, the comparisons are inescapable. For Ishan Kishan, staying away from the shadows of MS Dhoni is difficult. But he doesn’t mind it. He embraces it.

For him, Dhoni is Mahi bhai, as he is for several hopeful youngsters in the eastern Indian state of Jharkhand. Kishan stands out among them. But he’s just 22, and there’s still a way to go to move out of that shadow.

He took a small but encouraging step towards that end when he smashed an enticing 58-ball 99 against RCB on Monday, rescuing his side from 78-4 in a chase of 202 to take it to a super over. MI  lost, but Kishan’s handling of pressure stood out. To an extent, there were echoes of the sort of innings the former India captain is known for.

Kishan has experience leading an Indian side too; he led them to the final of the U19 World Cup in 2016. He also leads Jharkhand’s limited-overs teams, and he’s already playing his fifth IPL season, rubbing shoulders with some huge names at MI.

He strikes the ball at 130 in T20s, and also has a 250 in first-class cricket – his game is diverse, and his range of strokes more so. In a way, he embodies the spirit of a young Dhoni, clobbering bowlers because he absolutely can. And unlike Dhoni, Kishan’s game juxtaposes unconventional stroke-making with a fairly compact technique.

However, he admits there’s a constant yearning to attack. “I can’t leave my attacking mode,” Kishan had told Wisden. “It gives me runs, because when I get loose balls, I feel it is better to score off them instead of wasting them.”

For all that, Kishan is still waiting for his maiden India call-up, even as his teammates in that 2016 World Cup – Rishabh Pant, Khaleel Ahmed and Washington Sundar – have had extended runs in the senior India team. 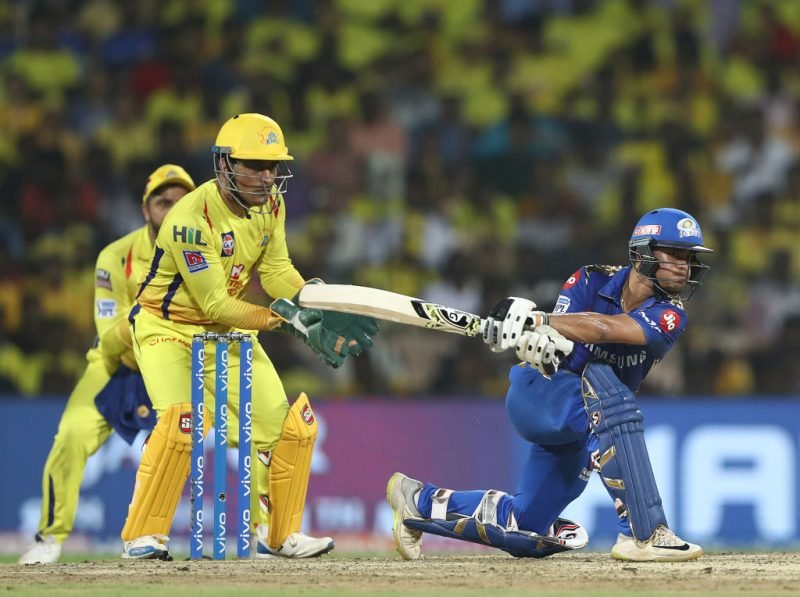 Kishan hails from the same state as MS Dhoni, his role model, and the player he wishes to emulate

Pant, in particular, has progressed the most. He is soaring in the popularity charts, but while that is seemingly bad news for Kishan, an opportunity could present itself at any point, especially given Pant’s inconsistency.

Kishan is ready for it. Such is his hunger to emulate Dhoni, he admits to seeing himself in the role. “Obviously I do that,” when asked if he visualises himself as successor to Dhoni. “[But] for that, I’ll have to be consistent.

“Even the public wants it – whoever replaces Mahi bhai should be someone just like him. That is added pressure, yes, but you also enjoy your game, knowing you want to be like him. I don’t really see [others] as competition. It’s about enjoying my game, and what steps I should take to get better everyday.”

Related Story: Pujara explains why Dhoni promoted him to number three over Dravid on debut

The flair in Kishan’s game is eye-catching. He can dish out a classy drive through covers or manoeuvre a ridiculous ramp stroke off the same length. He likes carving spinners, an early example of which came in 2016, when he smashed a jaw-dropping 273 in a first-class game, embellished with 14 sixes – a joint-record in Ranji Trophy cricket.

In the IPL, a ready launchpad for national contention, Kishan is a handy floater for MI. In 2018, he was lauded by Rohit Sharma after a ‘fearless’ 21-ball 62, a knock that was loaded with six sixes and five fours. Going by his exploits against RCB last night, IPL 2020 could be his coming of age. Watching Kishan, it was hard to believe this was his first competitive game in seven months, such was the pure nature of his ball-striking.

As a former U19 captain, however, there are expectations on Kishan. Since Virat Kohli went from U19 World Cup-winning captain in 2008 to India’s most successful Test captain, India’s U19 captains have struggled to bridge the transition. Prithvi Shaw, perhaps, is the only exception, but even he is yet to cement his place. Kishan is desperate not to fall into the category of those who failed to make the cut. 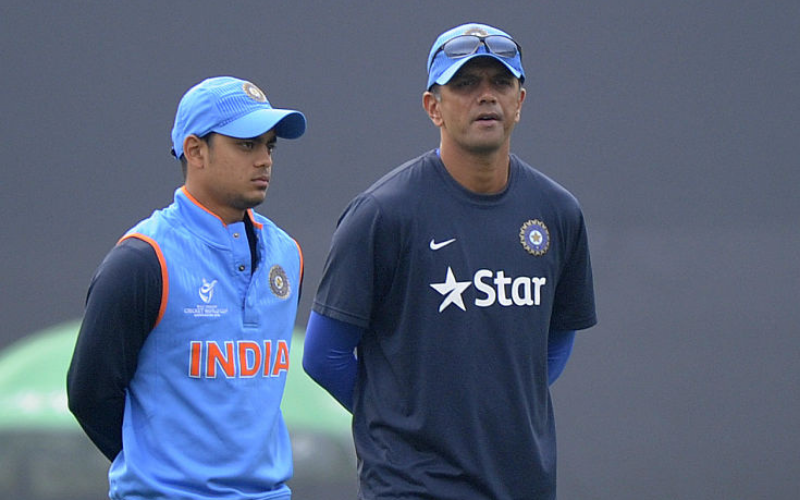 The words of Rahul Dravid, India legend and his coach at the U19 level, ring in his ears. “Dravid sir told me, ‘There will be instances when you’ll achieve fame in several tournaments and matches, which will add pressure on you. You just have to go and enjoy your game. Whatever you’ve been doing in practice, you have to just mimic that into an actual game.’

“When I was young, I used to feel a lot of pressure. But as you interact with seniors, and players in the IPL, you understand how important it is to not keep pondering over team selection.”

While he is known to compile magnificent knocks, Kishan is also notorious for leaving things unfinished. The lack of consistency has caused him much consternation. Like in the Duleep Trophy final in 2019, when despite a watchful start and with the foundation laid, a needless waft at a wide delivery meant he was dismissed for a half-baked 37. 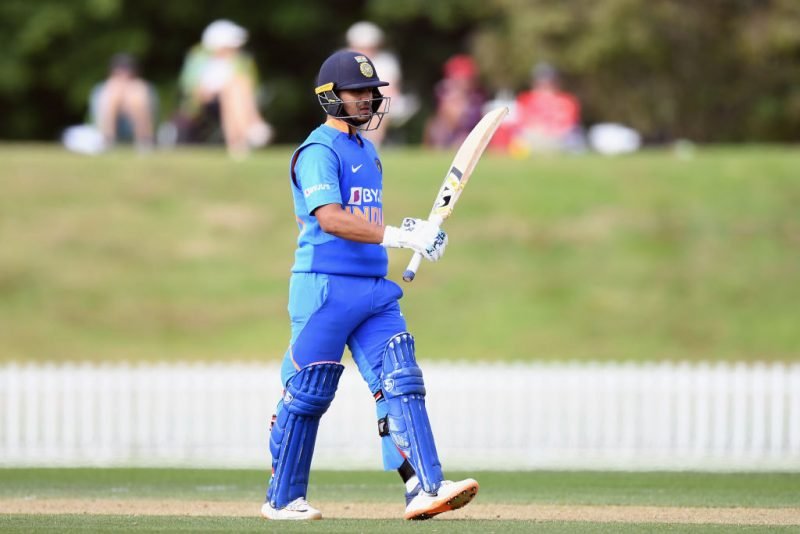 A List A average of 36.46 and a first-class average of 37.53 indicates a lack of consistency in his returns

In 2016, he stacked up 799 runs in 10 games in the Ranji Trophy, but realised he could have had a lot more. It was Dhoni whom he turned to. “I told him I always start my innings well, but end up losing my wicket in the 40s,” he recalled.

Related Story: ‘Not comfortable’ – Rohit Sharma explains why Ishan Kishan didn’t bat in the super over

“‘Everyone can play shots,’ Dhoni replied. ‘Since everyone knows you are an attacking player, you can’t keep being in that mode all the time. You need to know when to slow down, and go back into your zone. Instead of getting carried away, focus on the job at hand, take your time initially, settle before playing your shots.’”

Encouragingly, against RCB, Kishan did just that. After carving his first delivery – a wide loosener – through point, he put his head down, gauging the RCB bowlers for the next few overs. Six of his first 10 deliveries were dots. Over the course of the next fifty-odd balls, Kishan deftly shifted gears.

The big ones came when it mattered most: He smoked 29 off his final 10 to the fence, including four sixes. The quest for a fifth ended with a catch at the boundary on 99, but he’d played the key role as MI took the game into the super over.

If he carries on in the same vein, and hones his natural game along the way, he could one day achieve something similar to what Dhoni has. “I want to do what Dhoni has done for the nation. I will always keep that in mind, without letting go of my attacking instincts.”