In issue 30 of Wisden Cricket Monthly, Tom Westley, the newly appointed Essex skipper, opened up about his new role and his aspirations of returning to England’s ranks in an exclusive chat with Phil Walker.

Tom Westley, the 23rd official captain of Essex CCC, is pondering the big questions. “I think I get a single room now for away games.” What, now you’re the boss? “Yeah. I might forego that though, and carry on rooming with Browney [Nick Browne]… who’s a shocking roommate.” Why? Just to maintain your ‘one of the lads’ persona? “To maintain the dynamic we’ve got in our room!” You need to be a bit more aloof, chief. “Yeah, I know. I need to take a few steps back and just… survey.” And pretend you’re thinking something deep and meaningful. “Yeah, when actually, just… nothing!”

Westley takes over from Ryan ten Doeschate, perhaps the single most influential figure in county cricket in the last half-decade. The transition comes at the perfect time; the club are on a high, having pulled off the Championship and T20 Blast ‘double’ last year, and Westley, now 31, is approaching that stage in his career when an energising challenge is precisely what’s needed to stave off the drift. He knows it will be difficult to replicate the dreamlike achievements of recent seasons, but he insists that results are not the only barometer of success. “I don’t want to be measured by what we win necessarily. Can they trust you? Will they follow you? That’s how I’d like to be measured. And then hopefully the results will take care of themselves.”

What does it mean to be given the chance to run this club?

It was a very proud moment. In the back of my mind I always wanted it, but as I’ve got older I’ve not sought it. It’s never been a burning desire, and I think that was actually a plus point for me. People who want it so bad, it clouds their decision-making. But obviously when it was made official it was a hugely proud moment, for my family probably more than me. I’ve been at the club since I was 12. I’ve got a huge amount of respect for the club and I love what the place is about.

It’s almost a cliché now to say that it’s a close-knit, family club. But what does it actually mean?

There’s a lot of familiar faces who’ve stayed. Look at our Cricket Advisory Group: Keith Fletcher, Ronnie Irani, Graham Gooch. John Childs is the academy director. So there’s a nice transition from playing to actually remaining at the club. And from a playing point of view, we spend a lot of time outside of cricket with each other. We’re good mates. We don’t belittle each other. We support each other, and I genuinely believe we’ve got the best, most talented squad in the country. And I know it’s easy to say, but we all genuinely want each other to do well. 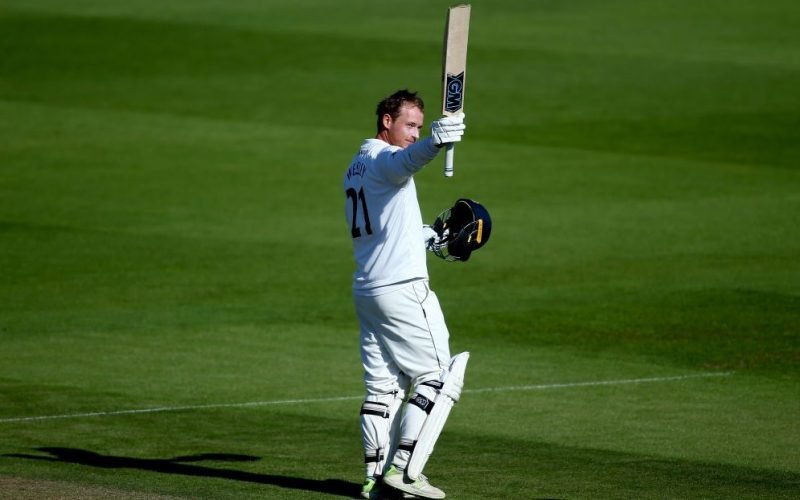 Tom Westley celebrates reaching a century against Surrey at The Oval, September 2018

Following a captain who won promotion and two league titles in his four years in charge is an interesting challenge, right?

Yeah… I suppose it is when you put it like that! You’re ultimately judged by results, and obviously winning is key, it’s part and parcel of professional sport, but one of Tendo’s great strengths was the relationships that he made. Whether it was a young lad on his first contract or the chairman of the club, he treats people the same, which is an unbelievable quality to have, especially in a professional sporting environment, which can be quite hierarchical.

In the last 40 years, this is the most successful club in the country. It’s hard to imagine a football club of this size, with these facilities, dominating over that period of time.

People can get caught up with Chelmsford, and our facilities. But we are a big club. We are. We’ve won Division One twice in three years. I don’t buy into that small-club mentality. Maybe not in terms of facilities, but who cares about that? It’s what you deliver on the field. And you can’t argue with that. It comes down to the quality of the cricketers you produce, not how big your changing room is. 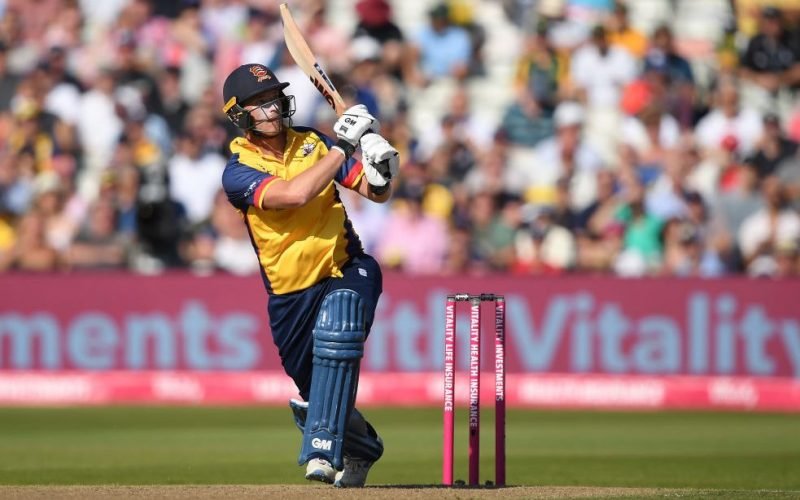 Tom Westley in action during the 2019 T20 Blast

Last year, Essex became the first club to do the ‘modern double’. Did you have a sense that it was ‘on’ at any point, or were you just riding the wave?

Nah, and to be honest, our Twenty20 campaign was split into two halves. Or two-thirds even, with an amazing last third to finish. No one was expecting the double, because of the position we were in mid-season. We’ve got a brilliant brand of red-ball cricket, which has been successful for us.

Can you define that for us?

Simon Harmer?! The best signing since Mo Salah! No, he is a big part of a lot of other parts. Our success gives us belief in red-ball cricket, and the ground itself plays its part – it’s a challenging place to play as a batter, but we accept that. In every home game last year we outscored the opposition in our first innings, and at Chelmsford, If you’ve got a 70-run first-innings lead, that counts for a lot. As batters, we accept that our stats might not be outstanding, but if we buy into something collectively and put our egos to one side, then we can do great things. And we’re blessed with our seam attack. Sam Cook has just been picked for the Lions, Jamie Porter, who’s phenomenal, and Sidds [Peter Siddle] is a superb overseas, both as a bowler and a person. The club breeds good cricketers.

“It comes down to the quality of the cricketers you produce, not how big your changing room is”

When I last interviewed you, you were just about to make your Test debut.

You had a good game at The Oval on debut against a gun South Africa attack, a few less successful games after that, and suddenly you were out of the team before you knew it.

Yeah, ruthless! But that’s the nature of sport. I didn’t score enough runs. That’s it.

Would you have fancied your chances of scoring enough runs in the end?

Oh yeah, I mean, I’d have loved to have got a long run. I’m not one for making excuses, I didn’t score enough runs. It was challenging, though. Every time I was batting. Even Cookie [Alastair Cook] said it was the hardest summer of batting he’d experienced in England. But what can you do? After I was dropped I desperately wanted to score runs for the Lions that winter, but I bust my finger and was out for eight weeks, which compounded everything, and so come the start of the [2018] season, I felt a million miles away from getting back in that team. It was such a deflating year for me, as a cricketer. I lacked motivation, I really struggled with it. 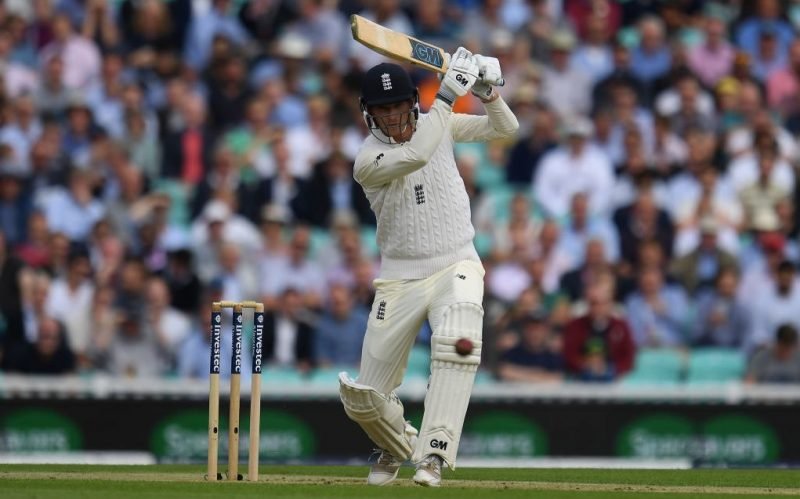 Yeah. Tendo and Mags [Anthony McGrath, head coach] were probably the two people I shouldn’t have been saying this to, but it was only after I’d spoken to them and said ‘I’ve got nothing’ that the pressure actually went away. I went back to the drawing board and scored a couple of hundreds at the back-end of that year. It didn’t quite feel the same as the hundreds I’d scored earlier in my career, but it was a stepping stone to getting back to where I wanted to be.

Were you back on it last year?

It’s hard to say. It’s something you’re always chipping away at. I began writing stuff down – why I play the game, what the reasons are, trying to understand the negative thoughts. It’s not something that just goes away, but you have to be aware of it. Definitely overall last year I was much more motivated. My preparation was a lot better. I didn’t score as many runs as I’d have liked but I still scored a decent amount. I think the captaincy is a really good thing because it’s an external motivator. It’s nice to have a bigger purpose than just me scoring runs.

Did you tinker with your technique around the time you were playing for England?

I did tinker actually, a few technical things that I thought would make me a better cricketer – and in fact, they didn’t. I’m quite logical, I could see the value of making certain changes to help my balance and so on, but actually, having started the 2018 season quite poorly and feeling like I couldn’t score runs with this new technique on top of the stuff around lacking motivation, it was actually a really good learning curve for me. I just needed to get better. So I went back to my old set-up, my old stance, and it just resonated with me. It’s realigned my preparation and reemphasised what I need to work on.

Trevor Bayliss said after you’d been dropped that he thought you would come again as a Test batsman. Was there much dialogue around the time?

Yeah, but it’s pretty black and white. I got dropped because I didn’t score enough runs. I don’t need that dialogue back and forth – all that ‘What do I need to do to get back in the side?’ stuff. It’s pretty obvious – you just need to score more runs. That might be a bit too clinical, but f***ing hell, what more can you do? Have an arm round the shoulder? You did s***, you kept getting your pad blown off! Don’t be leg-before as much! Don’t drive wide balls that you shouldn’t!

Do you see a way back with England?

You know what, I do. If you look at someone like Joe Denly, who’s a few years older than me, his selection sends a really good, positive message to county cricket. And I know Sibbers [Dominic Sibley] is a lot younger, but he got picked through weight of Championship runs. Look I’m a realist, I’m a long way from playing again for England, and there’s loads of talented players, but if you bang out six Championship hundreds and 1,500 runs, it’s hard for the selectors not to look at you. I know that when I’m playing my best I can make good runs against international bowlers and international attacks.