A year ago Toby Roland-Jones had made a sensational start to his Test career and looked set for a spot in England’s Ashes side. Then disaster struck. Now, with bowling a cricket ball still a long way off and fresh faces making their mark for England, he talks to Ben Gardner about how he’s dealt with every cricketer’s worst nightmare.

As England revel in their dismantling of the World No. 1 Test side by an innings and 159 runs at Lord’s, grapple with problems of how to fit 12 into 11, and even contemplate a 5-0 Test series victory, spare a thought for Toby Roland-Jones. Less than a year ago, he was on the cusp of selection for the winter’s Ashes, close to a decade of hard county toil finally bearing fruit – he made his Test debut with more first-class wickets behind him than any English bowler since Jon Lewis in 2006.

That first Test was a special one, his match figures of 8-129 the best for any English debutant since James Kirtley in 2003 as England triumphed by 239 runs over South Africa at The Oval. He looked cut out for the highest level: a solid action, a knack for taking top-order wickets, and most of all an enjoy-it-while-it-lasts attitude setting him in good stead. “It’s important to enjoy those highs because I know that things will get tougher and I’m certainly ready to accept that when they come,” he told Wisden Cricket Monthly towards the end of that season. 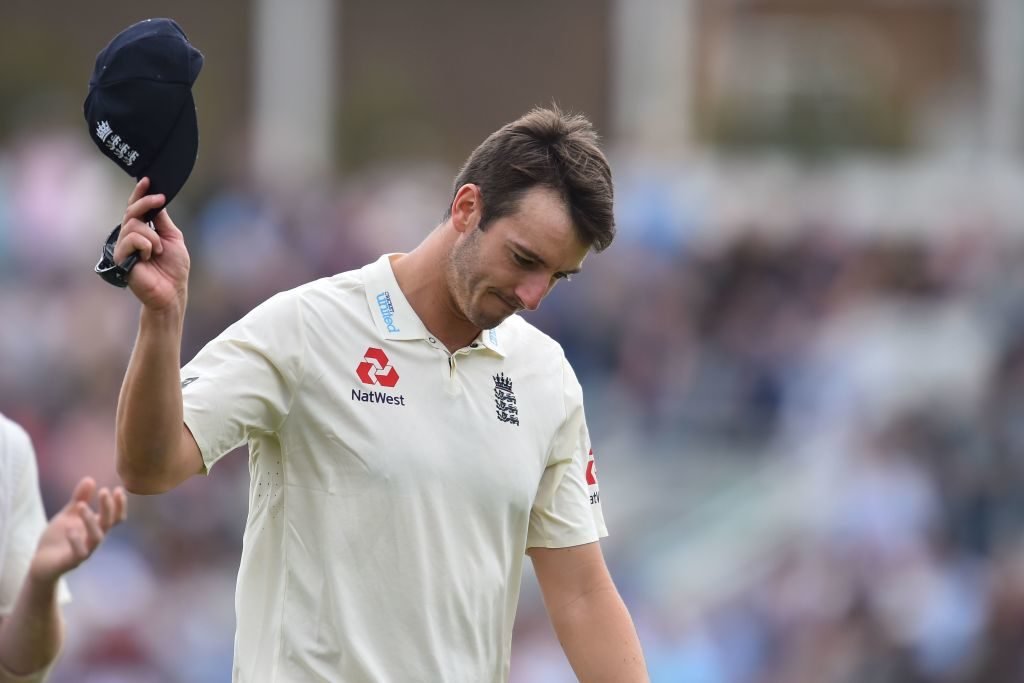 That interview never saw the light of day, since days later his prophecy came true in devastating circumstances. After leaving the field during Middlesex’s County Championship clash with Lancashire due to back soreness, scans confirmed the worst – a stress fracture, which ruled him out of contention for the tours of Australia and New Zealand. The blow was a hard one to take.

“The first bit of news is always the hardest,” he says now. “And certainly when I knew the outcome was missing a potential Ashes tour, those times get a little bit tricky. At Middlesex we’ve got Steve Sylvester, our psychologist, in place – if ever anyone needs him he’s there. And certainly the ECB have made it clear that they’ll be of any help possible.

“But for me the most important thing is spending the time with the people that are closest to you, whether it’s a couple of the guys in the dressing room, a few coaches, a few close friends from back home who are completely away from cricket and a bit of family. Those are the things you need to keep you level and to keep things positive, their support is the thing that matters the most.”

Despite the huge disappointment, Roland-Jones looked set to put it behind him, working hard over the winter on his fitness and making his return for the Lions against West Indies in February. Then came the sucker punch. More soreness in Middlesex’s second game of the Championship season, more scans, and the revelation that the injury hadn’t healed; it had gotten worse, the crack two millimetres wider than when first observed at the end of 2017, ruling him out of the entirety of Middlesex’s 2018 campaign. 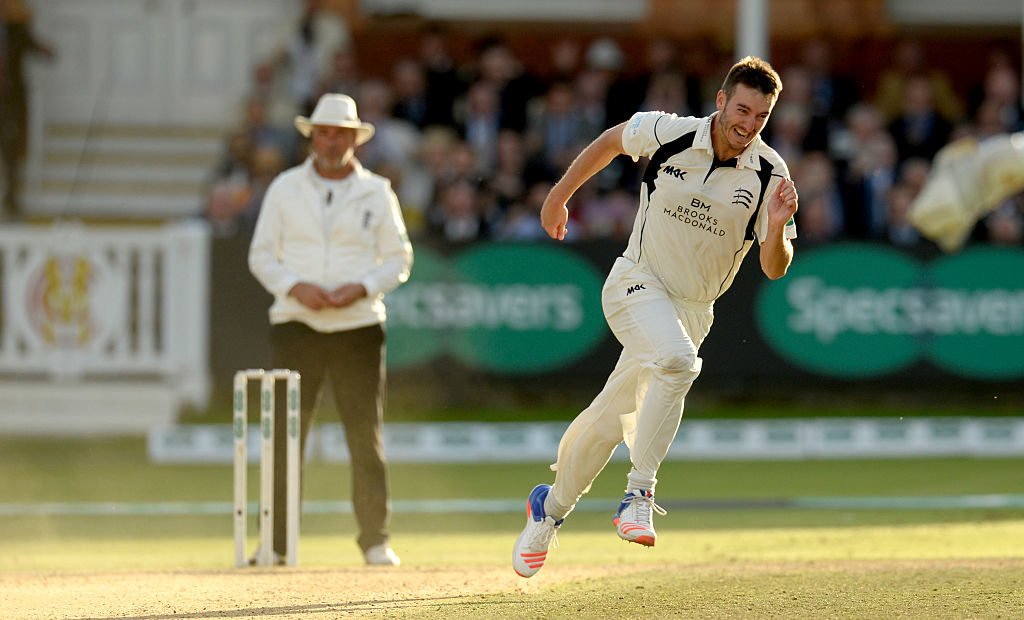 Roland-Jones celebrates the wicket of Ryan Sidebottom, which completed a hat-trick and sealed Middlesex’s Championship triumph

“There were periods when I came back when I felt really good, really strong,” he says. “As I was getting prepared to head off to the Lions tour I was feeling really good about myself and about the body. I don’t know if you can ever say for sure ‘it was too soon’, the body is a difficult one to understand, and sometimes with these things it takes the smallest things to change to highlight problem areas.

“I’ve always had general stiffness around the back when I’ve bowled in large periods. My big thing was to not overreact to anything that was showing up, and at times I was a bit stiff but there was nothing that felt out of the ordinary at all. It’s something you can try and be too wary of because you can try and pull yourself out of games where you might otherwise be absolutely fine. It’s always a tough line to tread as a bowler.”

“You quickly realise that actually things can be a lot worse than being injured. It’s not great at the time but there are certainly greater struggles out there."

With an injury like this, the start of the recovery is often the hardest. “The first four-six weeks is just a case of resting up, and that’s a bit tricky because the rest itself stiffens the site up. About two weeks into that was the worst my back had felt for a long time.”

There’s also the issue of boredom, though this summer Roland-Jones had more to occupy him than most, even managing to find some light among the dark news. “It’s amazing how quickly you find ways of passing the time,” he says. “Certainly the World Cup was a welcome distraction. I’ve been doing a degree, so I tried to tackle some of that. Since the weather’s got nicer I’ve been able to gently swing a golf club which has been nice. 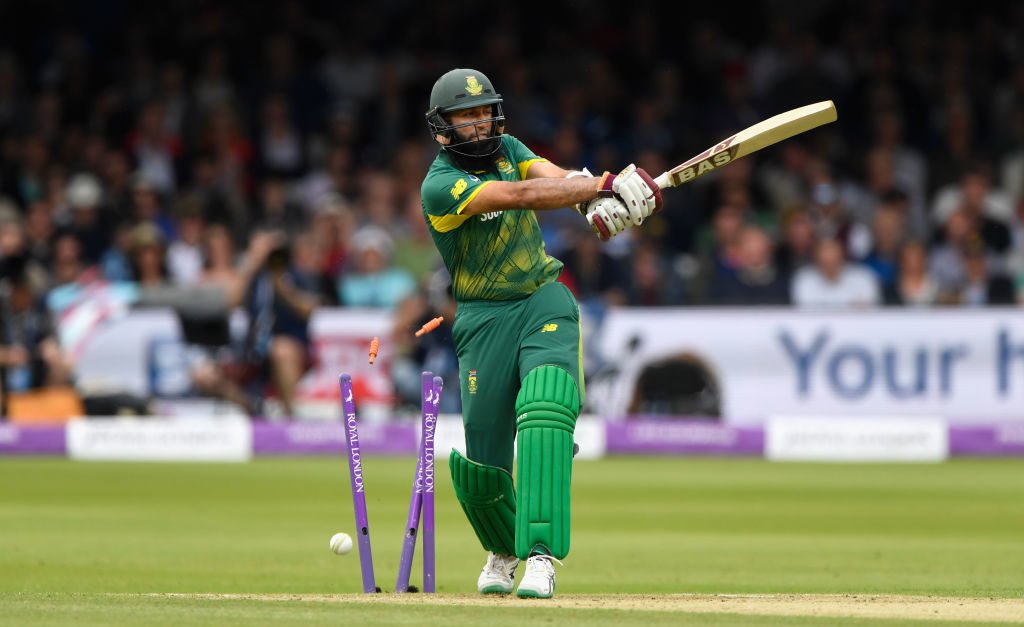 “You normally have your summer taken up so much by cricket, so to be able to spend some time with friends and family – I’ve had some important landmarks coming up this year – it’s been nice to take a step away from the game. Or if not nice, then it’s at least one positive that’s come out of it, to be able to see the summer slightly differently and from a slightly different angle than forever being on the road or busy with the game.”

That Roland-Jones is able to take such a positive outlook reflects well on him, and on county cricket’s tendency to look after its own. Middlesex too deserve credit for ensuring their players retain perspective and can look beyond the county grind. Roland-Jones is one of 10 Seaxes players undertaking a Business & Sports Management degree, and when we speak, he’s taking a break from enthusiastically leading a group of aspiring cricketers in a fielding drill. There is little evidence of him being downhearted.

“I think it’s always important in any sport, whether it’s injury or bad form or anything, to stay level. When you’re doing well you can’t get too carried away, because the game is always tricky and you never know when your run of bad form might appear, and you’ve got to be well prepared to try and keep your head up. 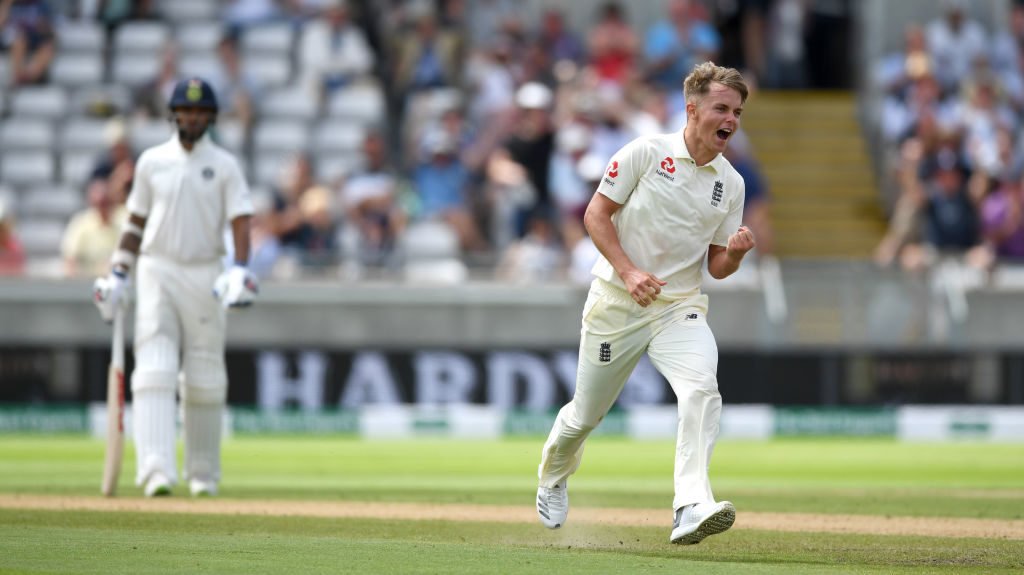 “You learn that from the guys around you, we’ve had a lot of experienced guys through the dressing room in my nine years at the club, and you realise that one of their main skills is dealing with bad form. It’s trying to deal with the bad times and try and ensure that you stay on a pretty good level. I’ve certainly tried to work on that with this, and hopefully it will make me appreciate the time I’ve got when I come back even more.

“You quickly realise that actually things can be a lot worse than being injured. It’s not great at the time but there are certainly greater struggles out there. We’re lucky to do what we do, but it just makes you look forward to the chance to play when you come back.”

That positivity might well have been necessary. Middlesex have struggled in his absence and the likes of Sam Curran and Chris Woakes have laid strong claims to an England place that he might otherwise have made his own. 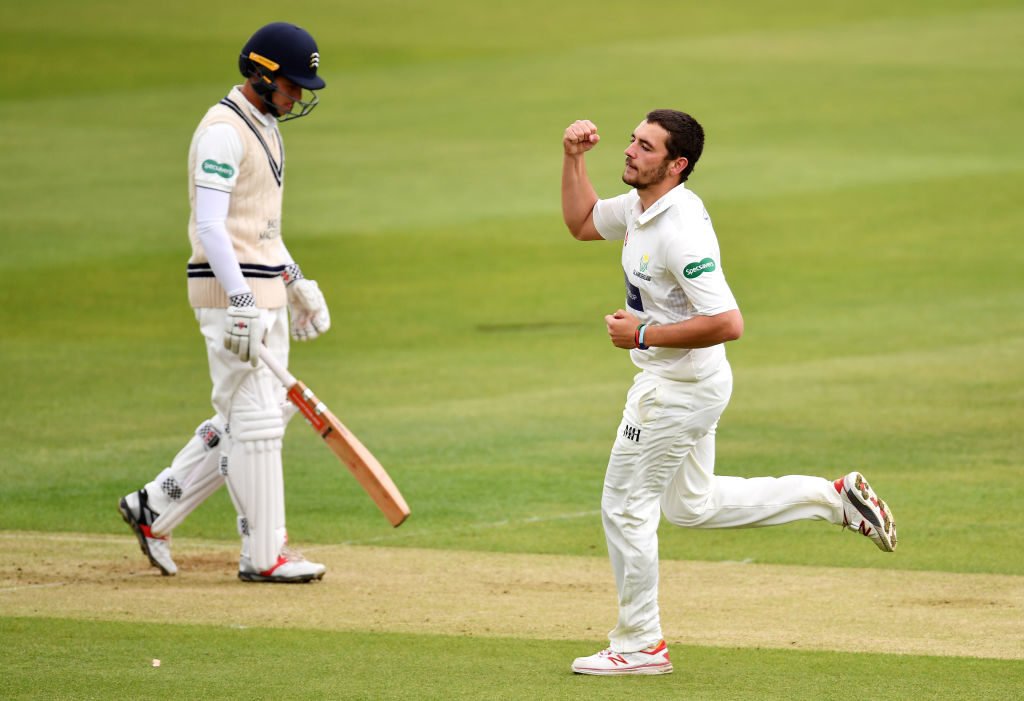 Middlesex have struggled in Roland-Jones’ absence

“Throughout the winter with the Ashes I found myself wanting to watch the game, I didn’t have any sense of regret,” he says. “You’re still a fan at the end of the day and want the guys that you know and have got friendly with to do well.

“And Middlesex is a club I’ve been part with my whole life more or less, so it’s always going to be something I’ll support and look to try and find out how they’re getting on. I’ve got a lot of close mates in the dressing room that I’m rooting for and want to do well.”

Middlesex will be hoping that it won’t be long until Roland-Jones is back in the dressing room, strapping on his bowling boots. And while there’s still a long way to go, the steps he’s made on the road to recovery are encouraging.

"Hopefully this time I come back stronger than ever"

“Things have progressed quite nicely in the last month or so. The intensity of training has increased and we’ve started seeing some good responses from the area surrounding the back and some good muscle improvement. There’s no clear news or scans yet, I’m not sure when they’ll be, but the aim is once we go and get it scanned that we’ll know that it’s going to be healed and that everything will have recovered fully.

“I’m able to do more and more every week at the moment, and the body is starting to react to it quite well, so there are definitely some nice signs of improvement.

“I’ve seen it as a chance to really improve the body as a whole and some other areas that have struggled in the past. Hopefully this time I come back stronger than ever.”

Toby Roland-Jones’ story is as strong evidence as anything that there are no guarantees in this sport, and that a career in cricket can be cruel and unfair. He may never bowl to that same standard again, or never at all. Or he might come back as good as he was a year ago, and, who knows, maybe even resume his England career.

Whatever transpires however, you imagine he’ll come out with a positive attitude, able to look back fondly on a career filled with more than its share of achievements, rather than ruing his misfortune. Considering what’s befallen him, that in itself would be no small feat.