England wicketkeeper Ben Foakes speaks to Wisden Cricket Monthly about his century on Test debut, but as editor-in-chief Phil Walker points out, his mighty rise has created a few problems.

Ben Foakes has mucked it all up. Just when England’s thinktank thought they’d finally cracked it – Buttler recalled, Bairstow keeping the mitts, that Curran boy running amok and Stokes back in at the gun spot at No.5 – a ‘wicketkeeper’ swings by, with faster hands than Dirty Harry and hair to die for, and throws it all off again.

Foakes exclusively told Wisden Cricket Monthly last month that he thought a debut in Sri Lanka was a zero chance. Even when Bairstow injured himself in a kickabout, he figured there was still Jos Buttler. “But then the day before the first Test, I saw Rooty walking around the ground telling those who weren’t playing – and I’d seen this happen in Australia on the Ashes, so I knew what it meant – and I turned to Sam [Curran] and said, ‘I think I’m playing here…’

“Then Joe came up to me and said, ‘I’m going to give you your debut’.” 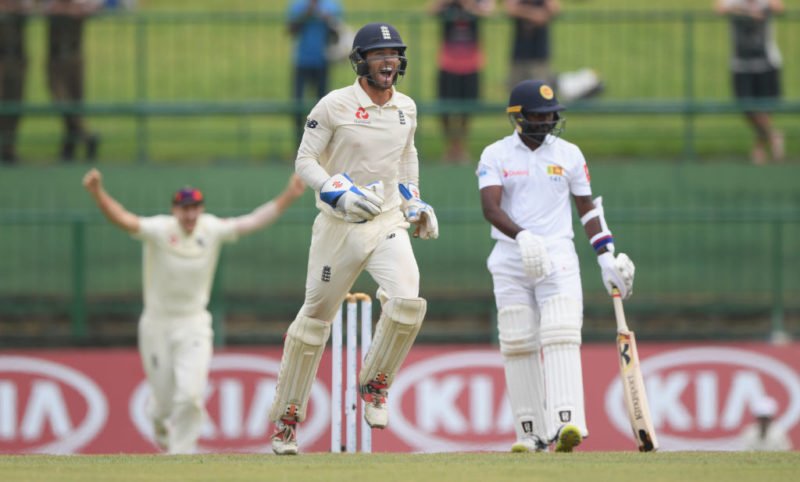 Foakes has made himself undroppable, and given England some selection headaches

On the first afternoon at Galle, Foakes walked out to bat with his team in a self-inflicted hole, five down for just 103. Whatever nerves there were, he was soon off the mark and into his work: nurdling, jabbing, blocking, taking out the risks, separating the ego.

“I think that situation where you have to grind suits me,” he told me. “It got me switched on quite early. I felt like I trusted my gameplan out there. I didn’t seem to get affected by the environment, or what game it was, I just stuck to my gameplan.”

He walked off in the early evening sunshine 87 not out. The next morning he was having a few throwdowns when Bruce French, his longtime wicketkeeping coach, came over to him. 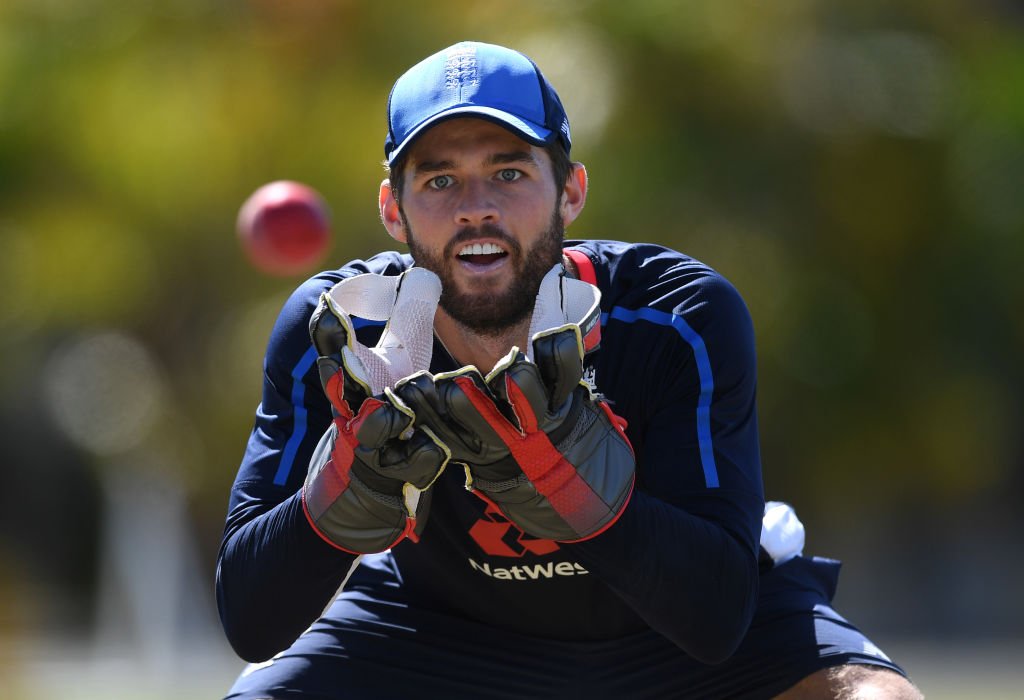 “Because I bat at six or seven, I’ve never really had ‘the hundred thing’. My thing is trying to be consistent. I think I’ve under-appreciated hundreds. I was already thinking, ‘Great, I’ve got runs on my debut, this is awesome’.

“But then Frenchy came up to me said, ‘Right, Foakesy, I know what you’re like, you really need to switch on. If you get 80-odd on your debut, amazing. But it’s gone, it’ll be forgotten tomorrow. But if you get a hundred it’ll go down in history’. I thought, ‘Hmm, I’d better knuckle down here…’”

The hundred duly bagged, Foakes kept beautifully on that second day, effecting a brilliant stumping and a smart diving catch. Later in the piece he’d smash a quick cameo to ensure the Player of the Match award was a formality. 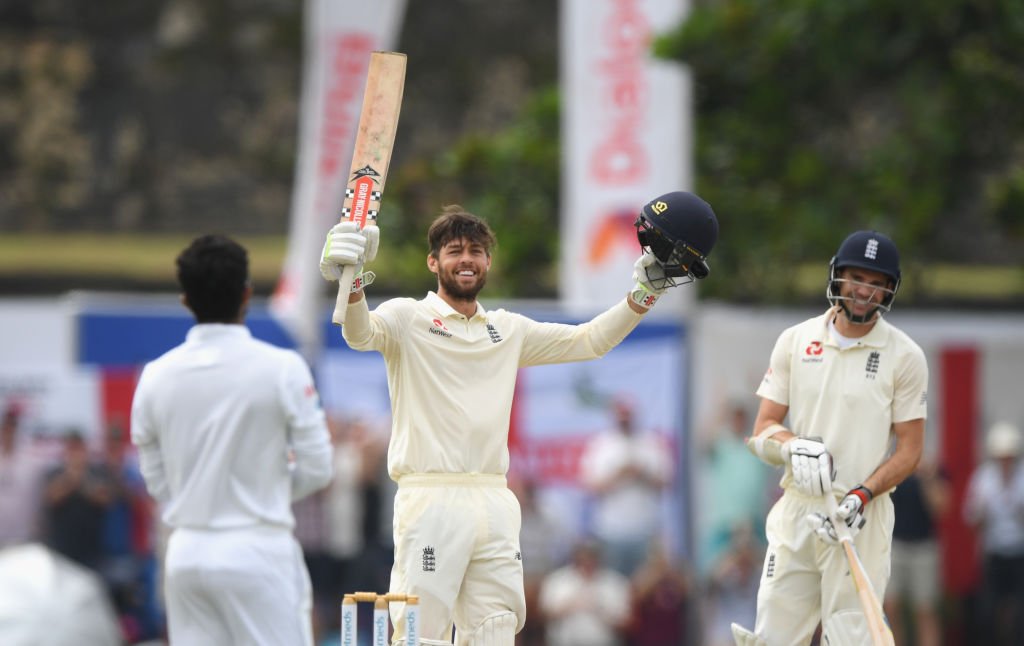 After the match, Joe Root heralded the emergence of “a natural” behind the stumps. Vice-captain Buttler said Foakes’ glovework served as “a good reminder and a little wake-up call that he’s the level you need to get to”.

Suddenly, just like that, Foakes is ‘the level’. He could become as good as Knott or Russell, says Alec Stewart. But then Stewart believes he’s as good as any keeper in the world.

It will stir the purists to see England’s dizzying evolution as a Test team coincide with the reinduction of an age-old favourite. But while the keeper-artist has been resurrected, it throws England’s selection plans into merry chaos.

When Bairstow was keeping, all was well. He slipped into an almost obscenely expressive mid-to-lower order nexus of, from four to eight: Root, Stokes, Bairstow, Buttler, Moeen. It made sense. It worked. And with Stokes and Moeen doubling up as bona fide Test bowlers, it gave England a wealth of bowling options down the pipe: they could go in with three extra seamers, or two and an extra spinner, or even, as we saw in Sri Lanka, one seamer and two extra spinners.

But since Foakes’ immaculate emergence, burnishing his glovework with a first-class average comfortably north of 40, the selection headaches have turned distinctly migrainous. Foakes is now England’s No.8, and that is that, which necessitates the shifting-up of the big five.

And this is where it gets delicate. While it made sense to move Bairstow up to No.3 for the final Test at Colombo – where his stupendous day-one century doubled up as a magnificent up-yours to everything and nothing – the brains trust will be praying that he stays in the runs in England’s notorious trouble spot. 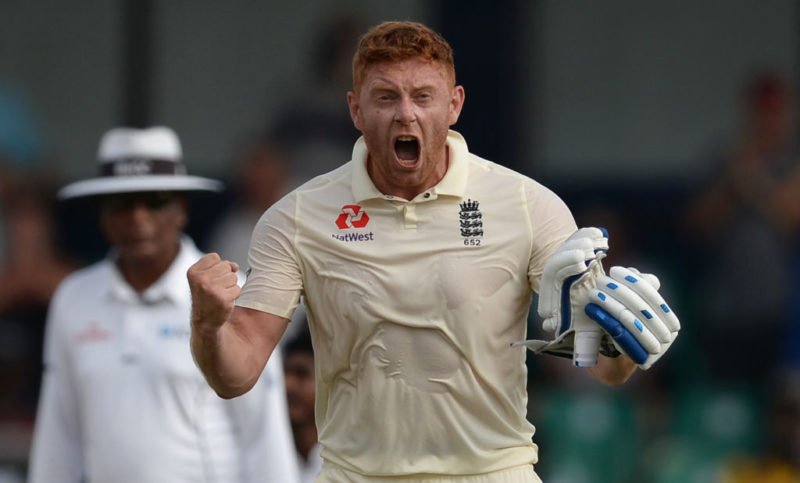 Jonny Bairstow lets it all out in Colombo

Because if Bairstow does start to struggle, especially against the moving ball early on in his innings, then those five names will have to be rejigged yet again, and none of the permutations are particularly persuasive. There will be advocates for swapping Stokes and Bairstow. There will be renewed calls to force Root to bat at No.3, and there will probably be yet another conversation about moving Moeen Ali.

But none of the options are especially convincing. Bairstow, who a few months ago was keeping tidily enough and happily counterpunching at five or six, is now the incumbent at No.3 – it is his to make his own, or to lose. Because harsh though it may be, he won’t be keeping wicket for England any time soon.

So what makes Ben Foakes so good? Bruce French first set eyes on him when he was a teenage star of England Under 19s. “You could already see he was going to be a talent,” he says. “So we selected him for the Lions, which was pretty controversial at the time, with him having not played many first-class games.”

Related Story: England to back Jos Buttler as Ben Foakes’ wait continues
French says his greatest gift is his ability to concentrate. “He can focus completely on one thing. Whatever happens, he can block everything else out and focus on that ball. It’s a gift, and all keepers have it, but Foakes has got a lot of it. He’s so focused on doing his job that he’s not thinking about sledging or anything like that.”

That and those hands. It seems the whole wicketkeeping fraternity is obsessed with them. Foakes though prefers to look to where those hands have been made. “Watching Dhoni and Foster. Up to the stumps, they can change games. I see the Aussie technique as looking good, but they take it and ‘give’ with the hands, so a batsman can drag out his foot and still get back in. It’s not ‘wrong’ as such. Whereas with Dhoni: that’s out. Or Foster: that’s out.”

Related Story: Nasser Hussain explains why dropping Bairstow for Buttler was hasty
He sees wicketkeeping as a match-turning position. “Growing up under Foster, I saw him do stuff that changed games. That’s always my goal. To do something that gets the team a wicket out of nowhere.”

Last summer, Foakes thought his chance had gone. He saw Buttler come back in, and shrugged that his time had probably passed. Now he lines up at Barbados for his second full series as England’s Test keeper, knowing the spot is his for the foreseeable. The keeper-artist is back, and he’s not about to drop it now.