Peter Handscomb was unfortunate to be dragged into the ball-tampering scandal back in March.

Television cameras showed him relaying information between the dugout and Cameron Bancroft, who had just been caught applying an unidentified object – later found to be sandpaper – to ball. The laugh he shared with Bancroft didn’t help. Handscomb later said the footage was significantly edited to give such an impression.

Be that as it may, with Steve Smith and David Warner receiving 12-month bans and Bancroft a nine-month suspension, Handscomb recognises “there is opportunity” for a lot of the Australia A batsmen currently in Bengaluru for quadrangular series against India A, India B and South Africa A, although he regrets “the sad circumstances” in which the opportunity came about. 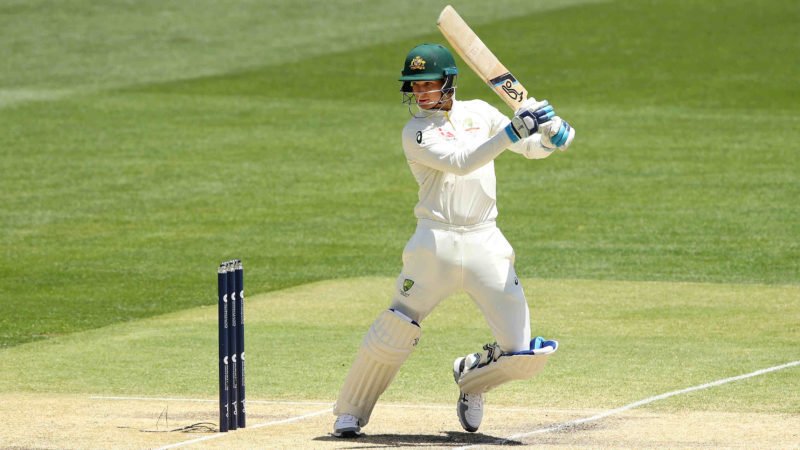 Handscomb has turned out in 13 Test matches so far

But it is one he is hoping to make the most of anyway. “Obviously, it’s there in the back of most of our minds,” he told reporters in Bengaluru . “Knowing that if we put some good scores together, it might give us an opportunity at higher honours. But I’m just looking forward to getting out there.

“I haven’t actually played a game for five months. I’m not thinking too much about the Test tour [to the UAE against Pakistan later this year]. Thinking more about just getting out there and enjoying it, sort of – to use a cliché – play each ball as it comes down.”

But there is pressure, there are expectations. Handscomb made a terrific start to his Test career, scoring at least a half-century in his first four matches back in 2016-17. Then, it all unravelled, and he was dropped in the middle of the Ashes later that year. In the one Test he has played this year – in Johannesburg, taking Smith’s place after he was banned – he was made to suffer by Vernon Philander, and managed scores of 0 and 24. 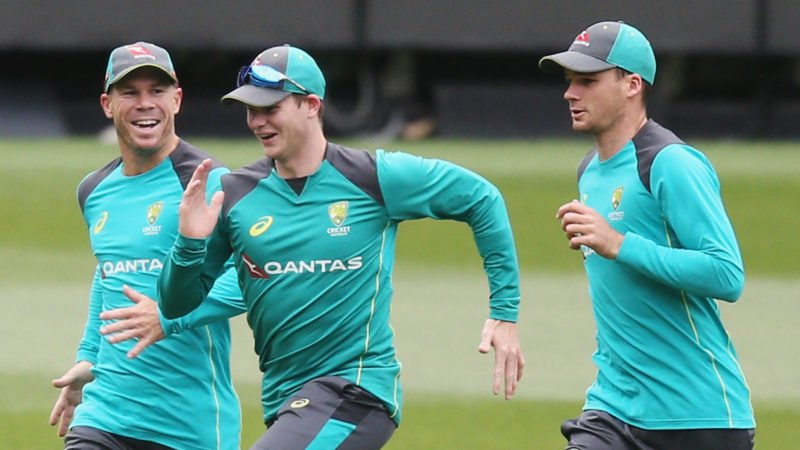 “Obviously, it’s there in the back of most of our minds” – Handscomb on the spots in the Test XI in Warner and Smith’s absence

All of which places pressure on him, ahead of a series in which he is expected to make his mark. How does he deal with it?

“I’m working hard, really hard, and have been for the last few months now on my own game,” he said. “But once you get into a match, there’s no point thinking about what’s happening in a month’s time or two months’ time.

“You’re trying to win every ball, win every contest and that’s what I’ve been trying to do. If I can do that for as long as possible, then the other stuff takes care of itself.”

"Coming over to the sub-continent, and actually being able to put a couple of knocks together and score some runs was a nice feeling, personally"

There is reason behind the expectations, though. Handscomb has, rightly, been regarded as one of the better Australian batsmen among the current crop against the turning ball – he scored an unbeaten 72 against India in the Ranchi Test in March 2017 and later in the year, scored an 82 against Bangladesh in Chittagong to help Australia square the series.

It took his confidence to another level. “I knew I could play spin relatively well, especially in Australia. But coming over to the sub-continent, and actually being able to put a couple of knocks together and score some runs was a nice feeling, personally,” he said. 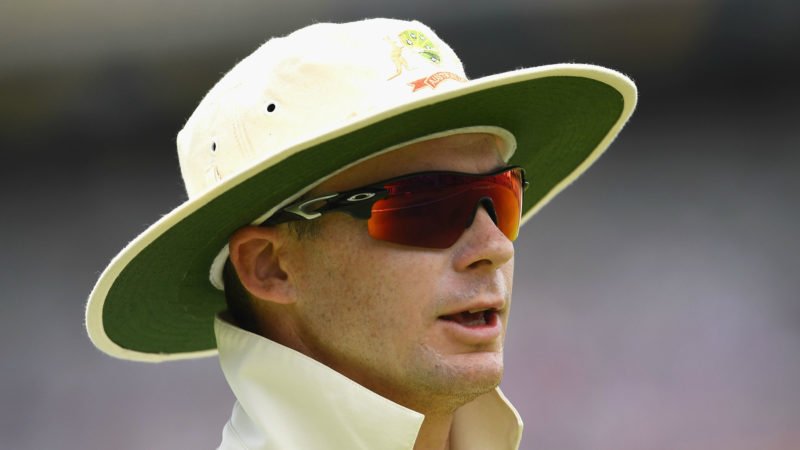 “I feel like I’ve refined my game and tactics towards playing spin over here. I’m feeling confident going into these games. Hopefully I’d be able to make some runs.”

The natural affinity to spin is something he credits his father, John, for. “My old man used to take me to the nets and just throw balls. I just had to use my feet and find a way to deal with it.”

“Knowing that if we put some good scores together, it might give us an opportunity at higher honours"

Dad was his first mentor. Now, there are many, each helping Handscomb with specific needs. “In my day, I’ve used Greg Shipperd a lot. And now, I’m leaning a lot more on Chris Rogers, who has really taken me aside and done some quality work up in Brisbane.”

It also helps having Sridharan Sriram, the former India international, in the dressing room. ‘Sri’ was a left-arm spinner and a domestic force as a batsman, and Handscomb, along with the rest of the Australia side, continue to turn to him to figure out the turning ball. 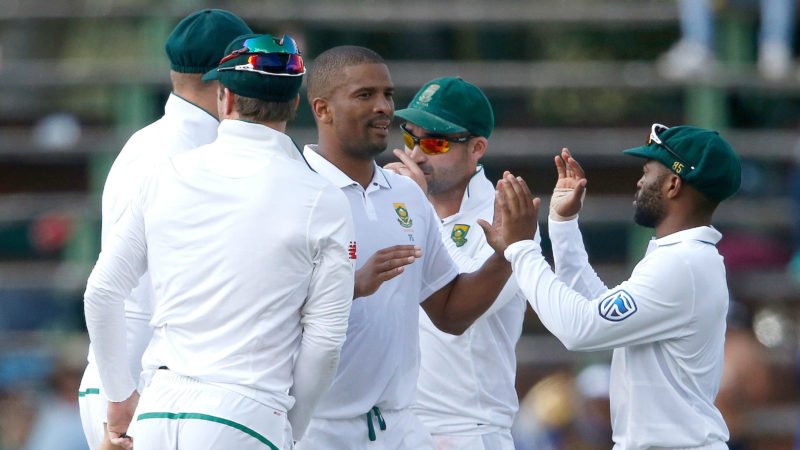 “He watches each batter separately, understands that we’ve all got different techniques and different ways of playing certain shots,” said Handscomb. “And then he finds their strengths and tries to teach that, coach that.

“If you really want to learn how to sweep, he’ll work with you on that. He’s got a couple of little things that he wants you to be doing, but besides that, it is to your way. He just wants you to be able to score, and he gets you doing that.”

But there is one player who he hopes to emulate, and he has to thank the IPL for that. “I played in the IPL a couple of years back with Ajinkya Rahane. I love how he plays, he has the ability to play spin off the back foot really well,” said Handscomb.

“I’ve watched him, had a couple of chats with him during that time, and I think he’s a quality player, and someone I’ve tried to emulate on occasions.” 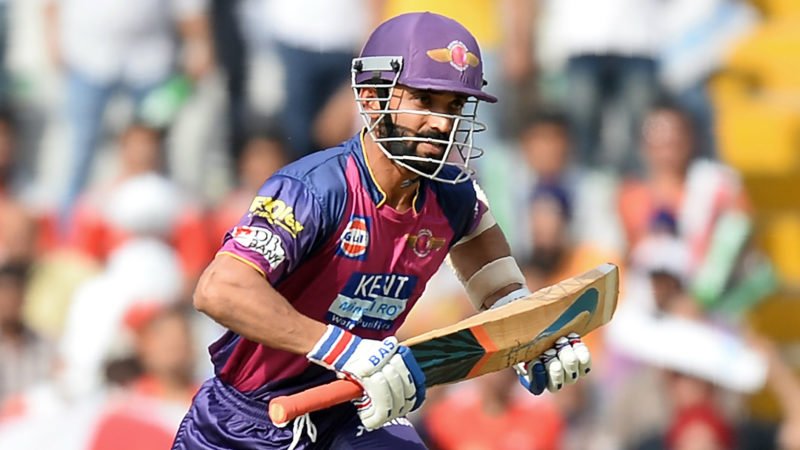 His hopes of doing that in India were dampened last week, when persistent rain in Vijayawada washed out the first three matches of the quadrangular series. The venue for the tournament has since been shifted to Bengaluru, but that one week, he said with a grin, “was a bit of long week, unfortunately”.

Thank heavens, then, for makeshift squash courts. “The boys found a way to stay in high spirits,” he said. “We had a makeshift squash court in our team room against the wall, with a couple of tennis racquets and a tennis ball. We found ways to entertain ourselves and kept the mood up, which is good.”

And likewise, outside of cricket, he kept his mood up despite the whole drama in March. In the last five months, he hasn’t taken to the field even once. Instead, he went on a safari with his long-time girlfriend, and got engaged.

He’s in a happy space. Now to translate that to the field.