Pakistan spin-wizard Saqlain Mushtaq recalls the special moments of his 14-year-long career in an interview with Jo Harman, first published in November 2016. Introduction by Roshan Gede.

Pakistan have always been blessed with some outstanding fast bowlers, but they have been lucky on the spin front too, particularly during the last two decades of the 20th century; they first had the great mystical wrist-spin legend Abdul Qadir, and later on came the finger-spinner and artist Saqlain Mushtaq. When Saqlain took over from Qadir to become Pakistan’s lead spinner, they had the other Mushtaq (Ahmed) too, who offered both variety and skill.

But it was Saqlain, known for introducing the doosra, who emerged as the real match-winner in Wasim Akram’s indomitable side in the late nineties. Saqlain weaved his magic in an era when three of the finest spinners to have played the game – Shane Warne, Muttiah Muralitharan and Anil Kumble – blossomed. While those three stalwarts stand head and shoulders above the rest in terms of wickets in international cricket, Saqlain’s impact in his decade-long career, especially in white-ball cricket, was something special. 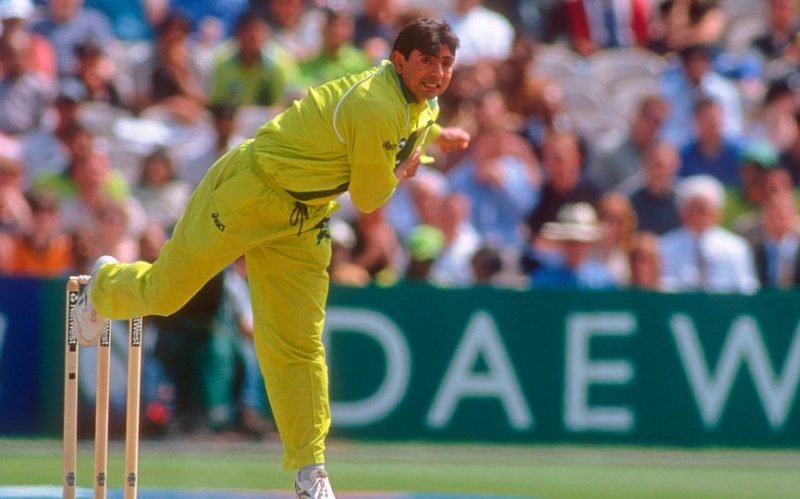 Among bowlers with more than 200 ODI wickets, his bowling average of 21.78 is the joint best alongside Allan Donald, while a strike-rate of 30.4 is second only to Brett Lee‘s 29.4. During Pakistan’s impressive run to the final at the 1999 World Cup, Saqlain was among the top-five wicket takers with 17 scalps. He became the fastest bowler to reach 100, 150, 200 and 250 ODI wickets, and till date, holds the record in the latter two categories.

In a conversation with Jo Harman, the Lahore-born cricketer spoke about the defining moments of his career.

A JOURNEY OF HARDSHIP

It was my dream to play for Pakistan, but early on it looked difficult for me. I started my cricket on the roof with a table-tennis ball, then a tennis ball in the street, and then a cricket ball. That journey was full of hardship. I used to play cricket the whole day without lunch because I couldn’t afford it. I used to go on my bike approximately 15-20 kms from one city to another to play matches every weekend. When I played Under-14 and Under-16 then, I knew that I could go far. When I played Under-19, I realised that I would be able to play for Pakistan.

The selector for my team Pakistan International Airlines was also the chief selector for Pakistan. He said to me, ‘Sri Lanka are coming and you’re not going to play in the warm-up game because I want to hide you. You will be selected straight into the Test squad’. But the selection committee decided to give me the three-day game anyway. The game was in Rawalpindi on a green seaming track but I took seven wickets and bowled really well.

I cried with joy when I heard I was selected for the Test team. I called my mum, my coach, my brothers, my friends. At 9.30pm rather than going to bed I put my tracksuit on and started running on the road, only stopping to buy water or milk. I decided to enjoy that news with hard work rather than just sitting with my friends and having a lovely time. At 2 am I came back and slept. I was a bit nervous when I made my debut but then I relaxed and I got my first wicket in my second over. After that I never looked back.

Related Story: When India split the national team to participate in two simultaneous series as early as 1998

I had been injured and I had an injection in my knee before this game. I was thinking it might be my last series and I was worried because cricket was my passion and my whole family were depending on me. I didn’t want to lose cricket. Brian Lara was No.1 in the world at that time. It was a flat wicket, I was bowling in the powerplay and I was so nervous. I knew that if I could get this man out I would have achieved something. I was trying from my heart. I had visualised that he would try and hit me over the top because mid-on and mid-off were up. I believe that everything has a soul and I had to put soul into the ball. I had to spin the ball with full energy. Lucky me, I got him out first ball – the ball went up in the air and he was caught at mid-on. God was giving me information and I was seeing everything. I can’t forget that.

QUICK OFF THE MARK

“If I’m putting the soul into the ball and landing it in the right area, I will control the batsman”

This game was a big step for me, mentally. It showed me and my teammates that I could win matches for Pakistan. We were losing and suddenly I took five wickets – including Steve Waugh, Ian Healy and Tom Moody – and we ended up winning. Then I thought, ‘I can do something special’. I was the fastest to 100 ODI wickets, then 150, then 200 and 250. I believe that with hard work and a lot of determination you can fulfill your dream.

They dropped me for the previous Test match, I don’t know why, and I was so hungry. That actually really boosted me. Every day I would run 10 laps before lunch, tea and after the game. I had a feeling that in the next Test match I was going to play and win Man of the Match, and that’s what happened. 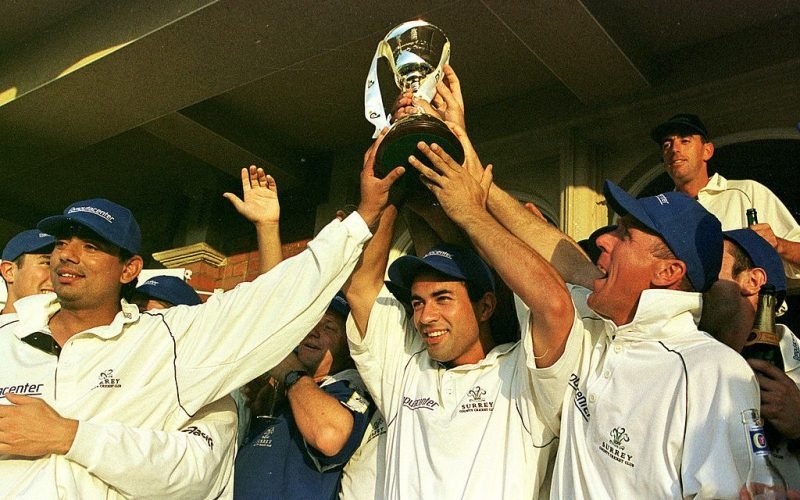 Sussex knew that I was performing really well at the Oval so they made a green top to try and stop me. They were saying this is a pitch for the seamers but I didn’t listen. It didn’t matter to me. It was going in one ear and out the other. I said, ‘No, if I’m putting the soul into the ball and landing it in the right area, I will control the batsman’. I think I took three wickets in one over, then two wickets in one over and then again two wickets in an over. The doosra was coming out nicely and in 14 overs I took seven wickets. Doing that on a green top gave me satisfaction.

We just repeated the first season [to win a second consecutive Championship]. We won the title with one or two games to go so in our final game we decided we were not going to make any noise when we appealed – we did silent appeals! We used to do so many funny things while we were playing but when there was a job to do, everybody used to work hard. Even the warm-ups were fun. We used to play football and I was the goal hanger, because of my bad knees. I used to scream, ‘Give me the ball!’ but nobody would give me the ball. I still made a few scores, though! We won games, but more important than that was the family atmosphere in the dressing room and the journey.

“If Pakistan win this game, it will be because of you. You are the only one that can get Sachin out”

For this series I trained very hard. Every night of the tour I was very quiet and the players and support staff thought I was a strange person – but I wasn’t. I was just trying to control and focus myself. At Chennai I took five wickets in the first innings and then it became a very tense game. Sachin was playing beautifully and controlling the game. They needed about 35 runs and had five wickets in hand. I tried everything to get Sachin out but my body was tight and mentally I was down. Rather than going into my shell, I decided to talk to the seniors. I said to Wasim [Akram], ‘He’s picking everything’. He put his hand on my shoulder, we looked at each other, and he said: ‘You are the only one that can change the game, no one else. If Pakistan win this game, it will be because of you. You are the only one that can get Sachin out.’ The next ball I bowled was the doosra and it got him out. After that, we finished India off. The way Wasim spoke to me, with eye-to-eye contact … that inspired me.