Rashid Khan, Afghanistan’s leg-spin sensation, tells Wisden that playing county cricket for Sussex this summer will be a proud moment not just for him, but his whole country.

When Jason Gillespie was appointed as Sussex’s new head coach last November he wasted no time in securing the signing the most in-demand short-format player in the world.

Rashid Khan will play for the Sharks in the first half of this season’s T20 Blast and, alongside his compatriot Mohammad Nabi who will be turning out for Leicestershire, he will become the first Afghan to play county cricket. 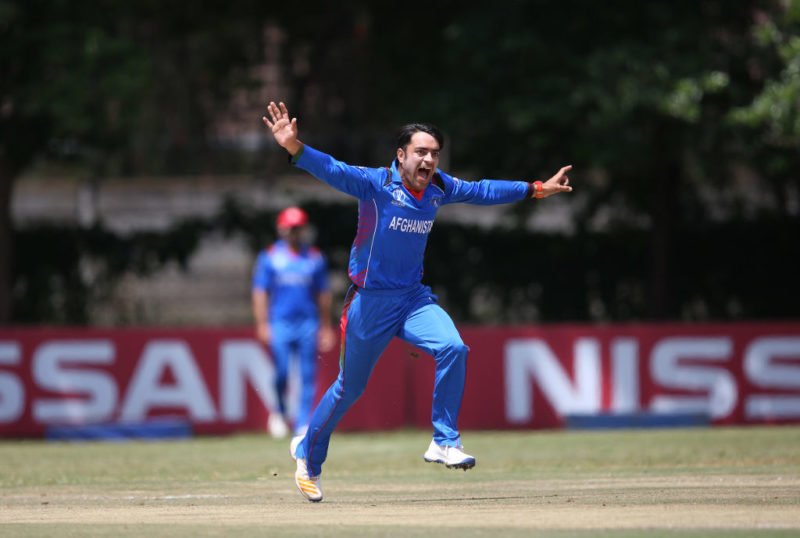 The Sussex faithful can look forward to this sight this summer

It’s a major coup for Sussex, capturing the signature of a player who, still aged just 19, is ranked No.1 in the T20I and ODI bowling rankings, is the fastest-ever to 100 ODI wickets – in just 44 matches – and was recently crowned the inaugural winner of the Wisden Almanack’s Leading T20 Cricketer in the World award after starring in the IPL, Big Bash and at international level.

A great coach can keep a player happy whether he is having a bad time or a good time. Jason Gillespie was the best in that

Fifty years after the official admission of overseas players to county cricket, Rashid says it will be an honour to be a trailblazer for his countrymen.

“Playing county cricket is a big achievement,” Rashid tells Liam Brickhill in the latest issue of Wisden Cricket Monthly. “Not just for me, but for Afghanistan. It’s not easy for any player to just go and play county cricket. It’s cricket at a higher level. It’s a big honour for me and a proud moment too, to represent Afghanistan there.” 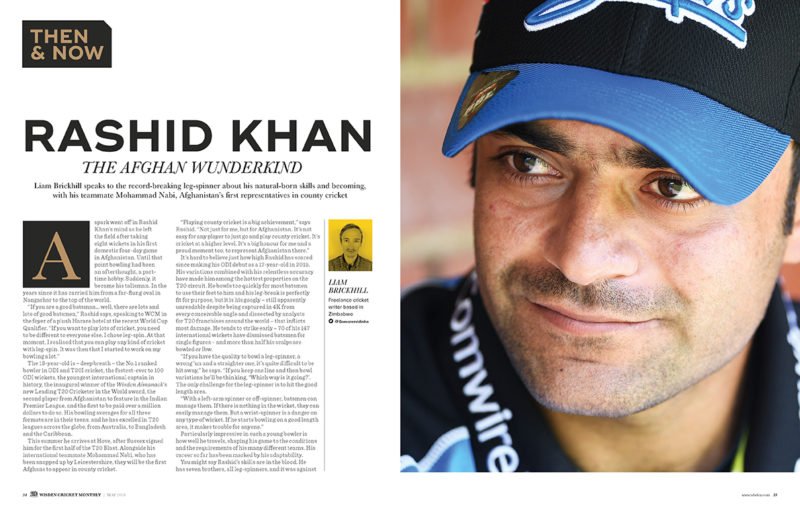 Rashid turned down offers from Essex and Lancashire before signing for Sussex, and says the opportunity to work again with Gillespie, who previously recruited him for Big Bash outfit Adelaide Strikers, was too good to turn down.

“The first time I played with him in the Big Bash, I saw that he was one of the best coaches. A great coach can keep a player happy whether he is having a bad time or a good time. He was the best in that. That was my first time playing in the Big Bash, and the confidence he gave me and the experience he shared with me really helped me.”

In an exclusive interview, Rashid also opens up on his first steps in the game, initially defying his parents who were worried he would get hurt, and the leg-spin fraternity that exists within his family: “My seven brothers, if you tell them ‘leg-spin’, they can bowl it, or the googly, or any other variation. Naturally!” 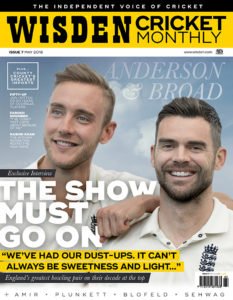 To read this interview in full, as well as James Anderson and Stuart Broad on 10 years as a fast-bowling pair, pick up a copy of Wisden Cricket Monthly or subscribe here