With an England spot hard to come by and even harder to retain, James Vince’s focus on Hampshire is reaping rewards for the One-Day Cup champions.

There’s no shortage of discarded England batsmen around the shires these days, but Hampshire captain James Vince’s situation remains unique.

Having just lifted the Royal London One-Day Cup trophy following his side’s victory over Kent at Lord’s he’s now setting about the white-ball double, as Hampshire begin their Vitality T20 Blast campaign. It wouldn’t be a bad way to deal with being dropped from the England Test team.

Speaking a couple of days after that Lord’s win, as he and his Hampshire teammates rode on speedboats on the Solent to help promote the club’s T20 Blast matches, Vince – who pushed his one-day claims with 527 runs in nine innings during the 50-over competition, including two hundreds and two fifties – was well aware he could be waiting for some time for a return to the England set-up.

“There’s not really a route into that side”

“The white-ball team have been on the up for the last couple of years, and there’s not really a route into that side,” he told wisden.com, noting the recent 5-0 ODI series drubbing of Australia.

“They got to number one in the world and won seven series on the spin, so there really is no way in.”

England, soon to be at full strength following the return from injury of Ben Stokes, are currently eyeing a situation where one of Alex Hales or Joe Root could be dropped from the ODI side. 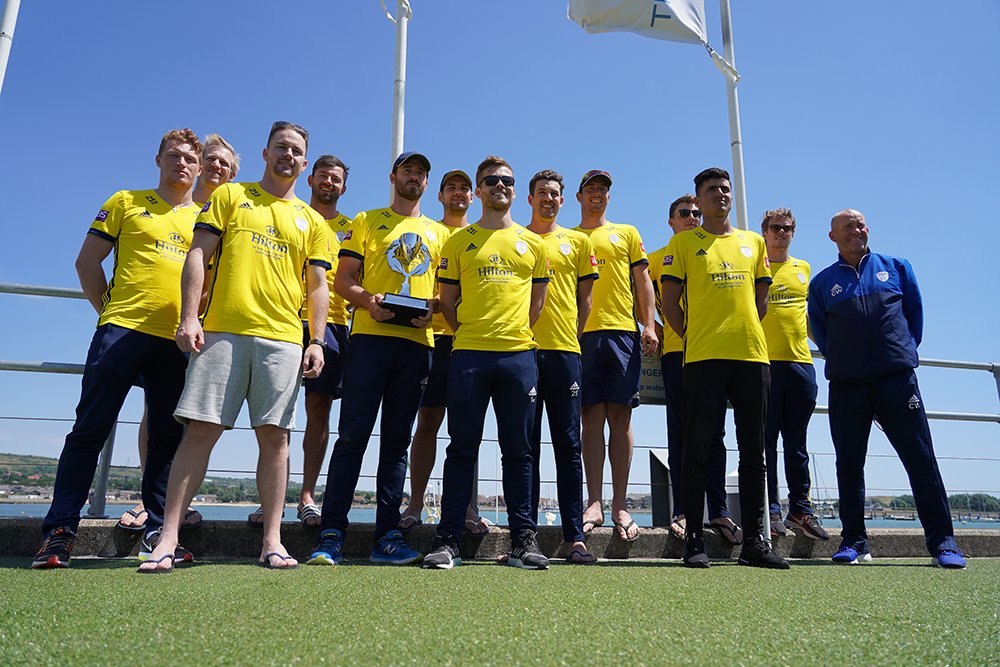 “All you can do is put yourself up the pecking order so if there was to be an injury or someone goes through a bad trot of form you’re the go-to man,” Vince said.

“There’s other guys who’ve been scoring runs in the 50-over competition, but having won the competition and played a big part for Hampshire hopefully I’ve pushed myself up that pecking order a bit from perhaps where I was at the start of the year.

“To be honest, for all the young batters around the country trying to get into that side, that’s about all you can do at the minute.”

Vince produced a mixed though ultimately unconvincing winter with the Test side following his surprise call-up to the Ashes touring party. He made scores of 83 and 55 before registering 76 in his final outing of the winter in New Zealand, but failed to kick on on the occasions he was well set. With Jos Buttler recalled to the side against Pakistan in May it was Vince who made way, taking away a Test average of 24.90. 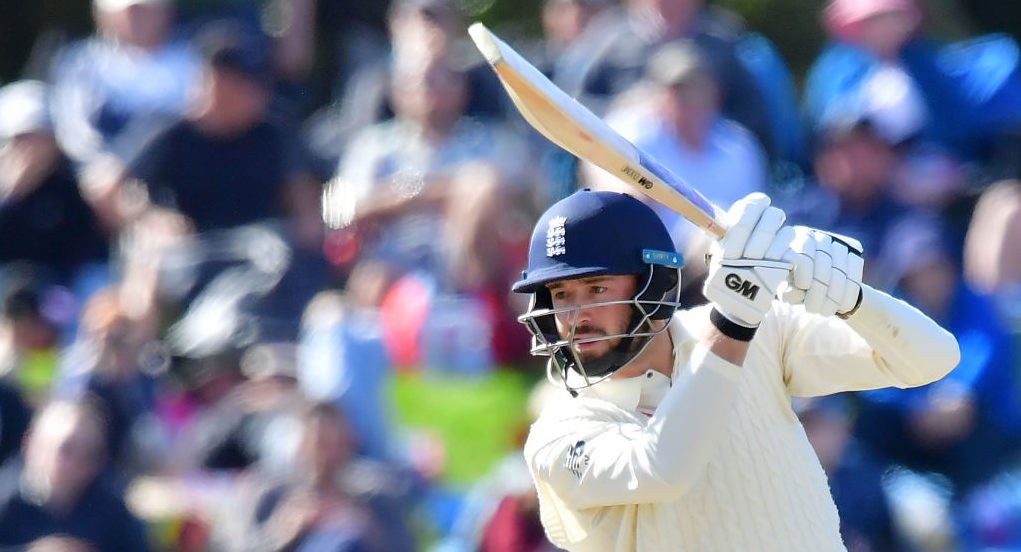 Vince made 76 in his last Test innings

How often must he think back to the moment during the first innings of that Ashes series, when, 17 runs from a century, a poor call and a good throw saw him run out by Nathan Lyon, and wonder: ‘If only’.

“It could have been different. I don’t think about it too much now, but I guess there were probably a couple of innings there, where I’ve run myself out and then that ball at Perth [when Mitchell Starc bowled him with an unplayable screamer] when I was on 50-odd: if Brisbane was 140 and Perth was 80, 90, 100, I’d probably be in a different place to where I am right now.

“But it did happen and there’s no getting away from that, so… I don’t have those thoughts too often to be honest; it’s just about focussing on what I can do now and controlling the controllables I guess. It’s a bit of cliché but… it’ll just eat me up if I constantly think about that.”

Vince was finally dropped from the first squad of the summer the day after hitting 201 for Hampshire against Somerset in the County Championship.

“I’m quite pessimistic generally but this was probably one time when I thought, actually, I’m probably expecting to be in the squad”

“Ed Smith phoned me. I’m quite pessimistic generally but this was probably one time when I thought, actually, I’m probably expecting to be in the squad after I got 70-odd in my last innings against New Zealand and then off the back of 200 for Hampshire, so I was actually a little bit surprised when he phoned me and said I wasn’t in the squad.

“It was only the next day when I saw that Jos had been brought in and Rooty was going to bat three that I understood there was a reshuffle in the order rather than, I guess, a direct replacement for myself. As a captain I understand that people have to be left out and you make changes at certain times. It wasn’t easy, the week or so straight after that selection and then watching the Test match, obviously wanting to be there playing at Lord’s for England. But there’s not a huge amount you can control once that decision’s made.” 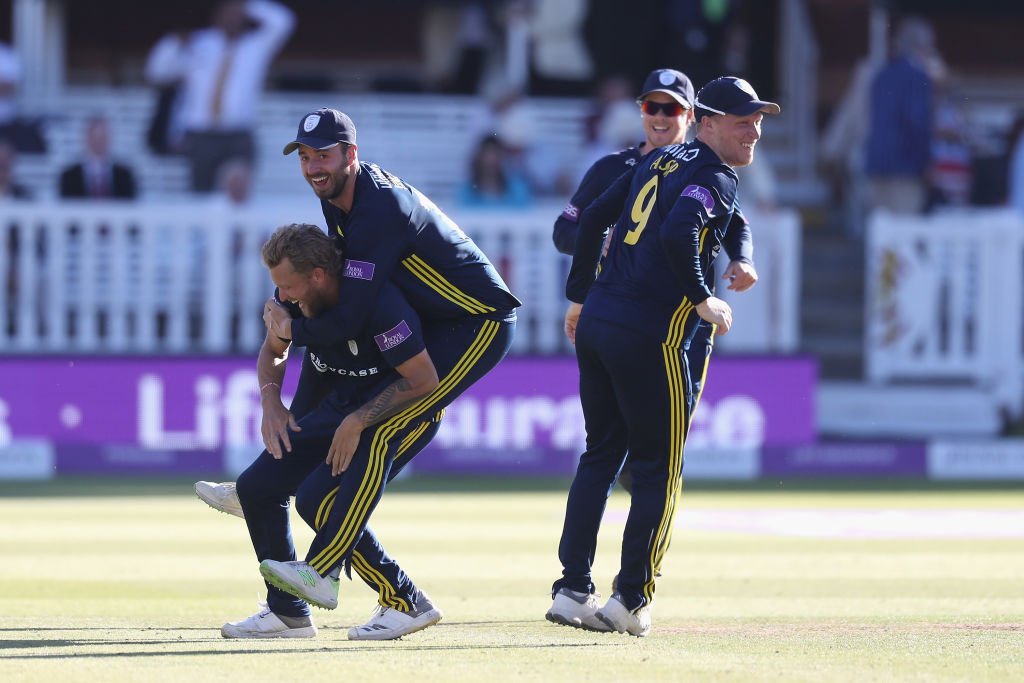 Celebrations at Lord’s on Saturday

With his Test future in doubt and his white-ball form so strong, some players might be tempted to follow the path of Alex Hales and seek to concentrate his efforts more in one format or another. But Vince wants to keep his options open.

“Not for me, no,” he says. “I still enjoy playing all three forms of the game and I’ve been around a while but I’m only 27, so hopefully there’s still plenty of cricket left in me and I’m trying to leave as many doors open as possible. If your career naturally takes that path as you get older then I’ll have to wait and see which way that is, but for now I still love playing cricket in all forms of the game and hopefully there is still a door open for me somewhere along the line.

“In Tests I’m averaging 24 or 25 so I haven’t set the world alight and didn’t cement my chance when I got it but it’s something I want to try and get back into. Whether I can or not – all I can do really is try and score as many runs as I can for Hampshire – that’ll depend on other guys’ form, what the selectors are thinking, it could be a winter tour where they take 15, 16 people away, I don’t know – it might never come again. But I certainly do want the chance to play Test cricket again. I’ve just got to focus on what I’m doing for Hampshire and see where that takes me.”

What he’s doing for Hampshire right now is certainly proving enjoyable. They already have one white-ball trophy in the can this year under his leadership, using the days off after the final to enjoy England’s World Cup penalty shootout win (see above). What’s more, their T20 record is enviable, having reached Finals Day seven times in the last eight years and won twice. Hampshire coach Craig White knows confidence is sky high following the Lord’s triumph and heaped praise on Vince’s captaincy.

“James Vince is a brilliant leader,” he said. “He’s been fantastic. I think he learned a lot from last year and he’s been outstanding this year as a leader of the group.

“He’s obviously very highly respected by the boys – he leads from the front. Whether it’s with bat in hand or in the field, diving around throwing himself everywhere, he speaks well to the boys, he’s got loads of respect from the lads and when he’s out there performing like he does the rest of them jump on board with him. He’s got to take a lot of credit for that trophy win.”

Though England fans will no doubt continue to debate the scale of the loss when it comes to James Vince, it is, at the moment, very much Hampshire’s gain. 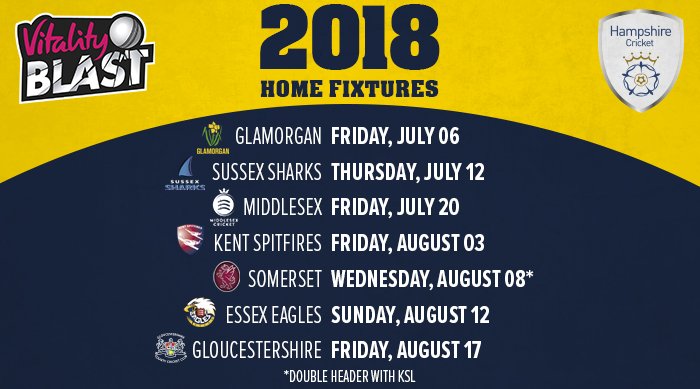