Eight years ago, an 18-year-old Pakistani with the world at his feet was banned and subsequently imprisoned along with two teammates for spot-fixing in a Lord’s Test match. Back again on familiar soil, what does Mohammad Amir hope for from the game now? Only to be remembered as one of the greats.

In Pakistan cricket, it’s not unusual to bowl fast and die young. At 15 Mohammad Amir was eyed at a fast bowling clinic by Wasim Akram. Two years later he launched the World T20 final at Lord’s with a wicket maiden. A year later, he was a destroyer of Test match reputations; a year after that, he’d almost destroyed himself.

Amir never imagined he would play for Pakistan. Young men from his part of the world weren’t expected to clamber past those of higher birth to represent their country. He grew up in Gujar Khan, a village in the Punjab, and aged 13, left for Rawalpindi to play cricket.

“At that time, my mother said it was not a good idea and that I was too young to go on my own just to play cricket. A lot of people thought that only kids from rich upper-class backgrounds got to become cricketers.” 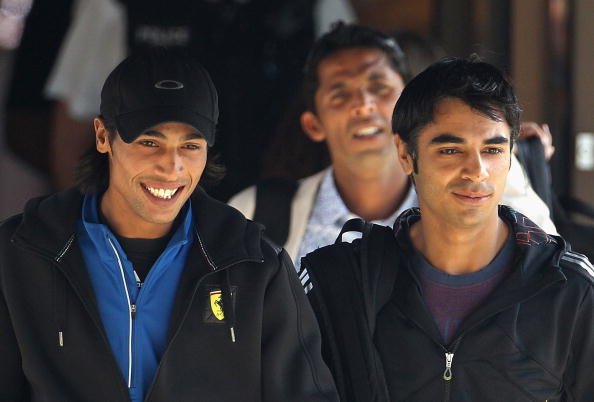 Amir with Salman Butt and Mohammad Asif in 2010

He didn’t think he would ever play for the national team. “I just wanted to be known as a cricketer, that’s all.” It could be the strapline to the “film story” of his life.

In 2010 Amir was the best young fast bowler in the game. The summer he turned 18, he claimed 30 Test wickets against Australia and England, in the process becoming the youngest bowler to take a Test five-for in England and the youngest ever to 50 Test wickets.

At Lord’s in the final Test he was compelling: quick, impudent, hooping it late, all over England’s peak top-order. Two days later the News of the World is sent to the presses, it contents stopping the cricket world dead.

“What I went through, only I can understand”

Of all the harrowing imagery to emerge from that time, from the sunken kid unable to make eye contact with a sneering Giles Clarke to Michael Holding’s tears on live TV, it’s the shot of the Pakistan captain Salman Butt, at mid-off, stealing a glimpse of Amir’s gargantuan no-ball at the precise moment it’s delivered.

Banned from all cricket for five years by the ICC, Amir pled guilty in November 2011 to charges of conspiracy to cheat at gambling, and conspiracy to accept corrupt payments. He was sentenced to six months in prison at Feltham Young Offenders Institution, of which he served three. 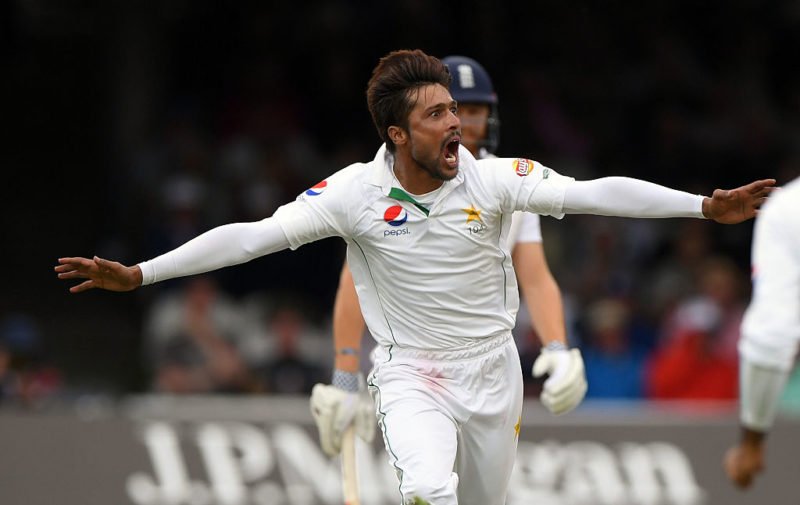 For four and a half years after his release he didn’t touch a cricket ball. “What I went through, only I can understand,” he tells Wisden Cricket Monthly. “There were times in the beginning, as a human being, where I felt very negative. Would I ever play cricket again? Do I want to play cricket again?” His family hauled him up, helping him back on the road to full fitness. Astoundingly, he was soon back in the Pakistan set-up. Fronting up once more.

Eight years on, there are many who still believe that Amir should not be allowed anywhere near a professional cricket team. They argue that his youth and impressionability was no excuse: that he knew the risks and did it for personal gain. Cricket may have offered him a way back in – and for many, the welcome he received in England on his 2016 “comeback tour” grafted cricket to long-held values of tolerance and forgiveness. But for some, he will always be the kid who messed with the game, and there’s no coming back from that.

August 2007 – Picked out by Wasim Akram aged 15 before impressing on an U19 tour of England, taking eight wickets at 16.37 in the ODI series

June 2009 – After debuting in Pakistan’s first game of the tournament, Amir opens the World T20 final at Lord’s with a maiden, removing Tillakaratne Dilshan with his fifth ball. Pakistan win by eight wickets

August 2010 – Takes 30 wickets at an average of 19.80 against Australia and England on Pakistan’s tour of England, becoming the youngest bowler to take a Test five-for in England and the youngest to take 50 Test wickets. During the Lord’s Test he is implicated in a News of the World sting which alleges that he and Mohammad Asif, as instructed by captain Salman Butt, had bowled no-balls deliberately. The term ‘spot-fixing’ enters cricket’s vocabulary

November 2011 – Banned for five years by the ICC, Amir pleads guilty to charges of conspiracy to cheat at gambling and conspiracy to accept corrupt payments at Southwark Crown Court. He is sentenced to six months in prison at Feltham Young Offenders Institution

May 2015 – Plays his first cricket match after the conclusion of the ban, taking 2-15 for the Rawalpindi Rams against the Abbottabad Falcons

July 2016 – After a low-key international return in a T20I against New Zealand the previous December, Amir makes his comeback to Test cricket at Lord’s, the ground where he’d played his most recent Test six years previously. His dismissal of Jake Ball seals a memorable 75-run win, Pakistan’s first at HQ for 22 years

June 2017 – Claims the wickets of Rohit Sharma, Shikhar Dhawan, and Virat Kohli in an opening spell of 3-16 to kick-start Pakistan’s successful defence of 338 in the Champions Trophy final

Amir will again be spearheading Pakistan’s attack this summer. He’s had some inspired days since returning – his match-winning spell against India in the final of the Champions Trophy, and his brilliant cameo for Essex last season; James Foster, who kept to him for six weeks, says he’s the most skilful bowler he’s ever seen.

But if the wickets are not yet flowing as they did in his teenage pomp, Amir argues that he’s now a more rounded, skilful bowler. “As far as wicket-taking is concerned I was better in 2010,” he says, “but I have more skills now. With the white ball, my skills and variations are much better.”

In terms of age, he is mid-career; in measurements of overs left in the tank, he’s barely got started. At 26, there is much still to do, much time to make up. “The day I leave cricket I want to be considered one of the greatest in the game,” he says. Mohammad Amir is just getting started. 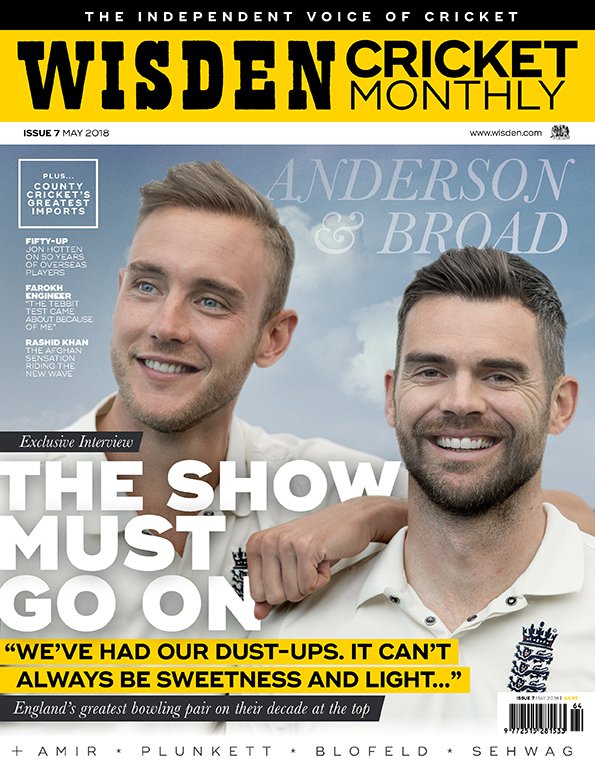 To read the full interview, featuring Amir’s account of beating Kohli, his “film story” life, and the woman who helped him through the dark times, pick up a copy of Wisden Cricket Monthly or subscribe here