Australia powerhouse Matthew Hayden picks out the knocks that meant the most to him in a conversation with Jo Harman. Introduction by Roshan Gede.

A free-flowing strokemaker and a treat to watch when at his fluent best, Matthew Hayden was an integral part of Australia’s dominant outfit that ruled international cricket during the first decade of the 21st century. Opening alongside Justin Langer for the majority of his career, Hayden, alongside Ricky Ponting formed a formidable top-order for Australia in Test cricket. In ODI cricket, it was him and Adam Gilchrist who led the charge at the top, setting a benchmark with their phenomenal consistency, with Australia’s unbeaten run in the 2003 and 2007 World Cups being a highlight of their careers.

Hayden is one of the six cricketers to have aggregated over 8,000 Test runs for Australia. His 30 hundreds are the third most by an opener, after the legendary Sunil Gavaskar (33) and Alastair Cook (31).  His tally of 659 runs at the 2007 World Cup is the second highest for anyone in the tournament’s history, behind Sachin Tendulkar‘s 673 in the 2003 edition.

The legendary batsman picks out the most defining outings of his cricketing career. 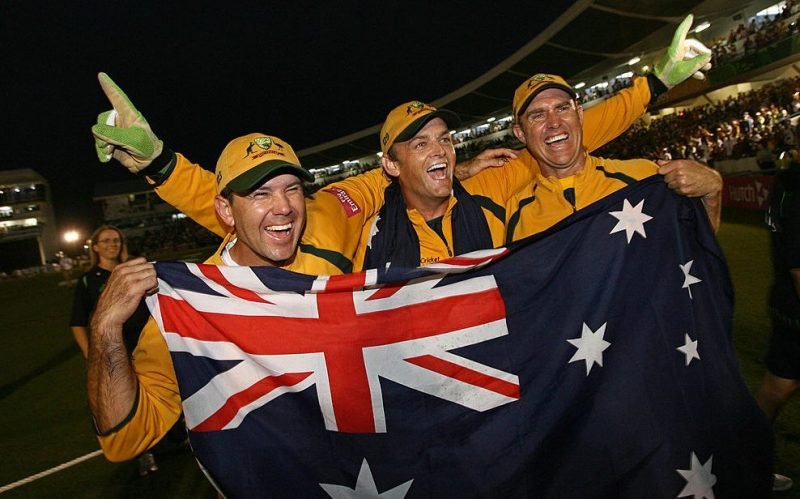 My first game for Queensland was pretty special – I got a hundred on debut – but I think actually what helped define me was my next innings where I didn’t perform so well because I got carried away, getting on the piss, basically. It was an early lesson that it’s nice to enjoy the sponsor’s products, but not too much. My brother, who was my coach, said that he didn’t bowl his arm off for me to throw it away. That was a fair point. From that moment on the highs were never too high and the lows were never too low. I stayed pretty consistent.

“As a Test cricketer you want to play against England. That’s the ultimate”

The 1993 Ashes was a really significant time for me. I scored 1,000 runs without playing a Test match and Marto [Damien Martyn] was in a similar boat. I learnt some of the finer points of the game like manipulation of the strike  and it was here that Bob Simpson started to plant the seed of how to handle spin. The tour cemented the fact that the dream was possible and the carry-on effect was an amazing season for me the next year – I just couldn’t get out. It was good for me to have my nose rubbed in it a bit as well. I’m someone who’s pretty laidback until someone gives me the shits and then I’m all over it. It was good to prick my ego and make me realise that I could never be complacent.

The school of hard knocks

My Test debut in South Africa was a definitive moment because I certainly wasn’t ready to play a game of Test-match cricket. Mark Taylor pulled out half an hour before the toss and it was a disappointing game – they won the Test match and I broke my thumb. It was a school of hard knocks introduction. The Wanderers Stadium is a cauldron – I really enjoyed playing there but it’s a f*****g hard place to bat – and they had a good attack. That was a good kick in the guts. From then on I played only about seven Test matches in the next five years. I was starved of quality cricket for a long time, and that was good for me. It was meant to be that way and I didn’t try and fight it too much.

I’d had a long run when I didn’t get a game but then I got my first Test hundred, against the West Indies, and that was obviously a significant milestone in helping me understand that I could play at that level. It was a good attack as well – Ambrose, Walsh, Bishop – so that sort of set me up nicely and whilst it wasn’t my most successful series, it was a good innings to set the platform for when I really arrived a few years later in India.

The trial by spin 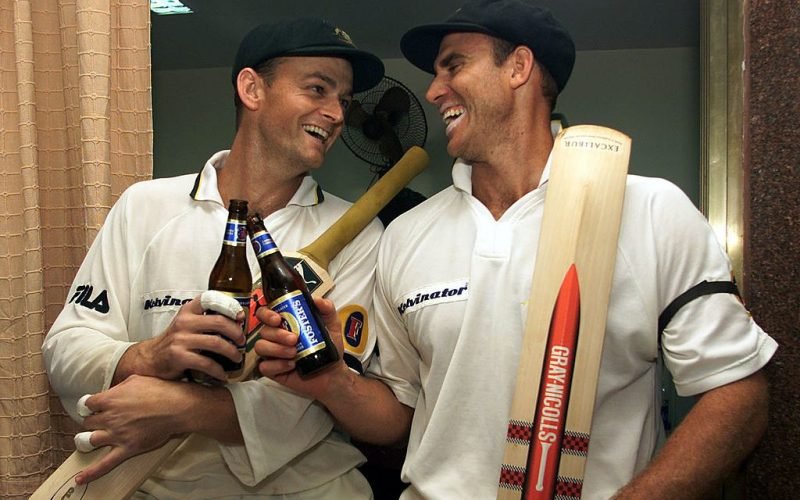 I scored a double century at Chennai later in the series but that pitch was a bit more benign – it’s hot and a battle of attrition but it’s a more comfortable wicket for us. Mumbai was an absolute bunsen burner, it really turned, so that was a good innings that I’d been working towards for a decade really, right back to the 1993 Ashes when I started to work away at my strategy of how to play spin. That was very helpful. You can’t get a better test than that. Any time when a Queensland batsman dominates spin is a good thing because we were brought up on fast, bouncy wickets. It takes time to develop that.

I don’t think any player starts out thinking that something like this is going to arrive on their doorstep but I certainly went about my cricket in a way that was trying to change the landscape of opening the batting, to play a more dominant role and take on the new ball. I wanted to play a really fun, inspiring game, for me firstly. That’s what made me happy. I’m glad that my career was defined by a few of these knocks and Zimbabwe was a dominant innings. It was 11 hours where I don’t really remember a false hit. How often do you get that? The thing about it was, I was embarrassed to keep batting for as long as I did. I was begging Stephen [Waugh] to declare the innings because I knew that we had enough. 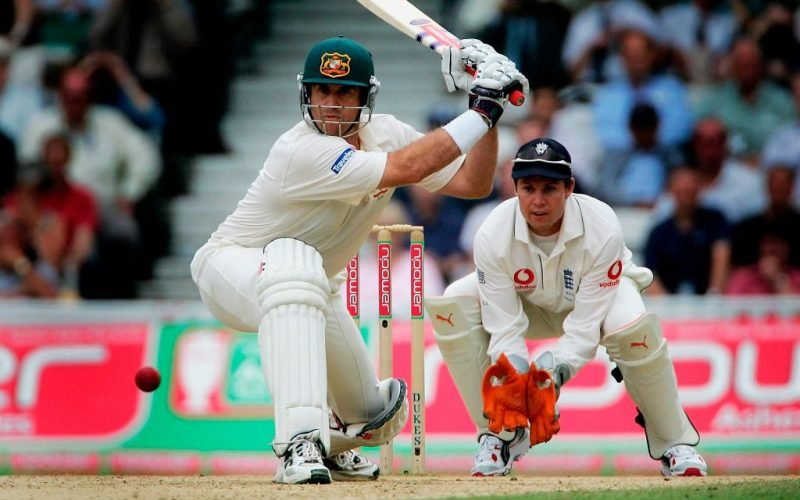 I wasn’t ready to give up the game but there was a lot of pressure to do so. I guess in some ways I became so intent on scoring runs quickly that I lost focus on biding my time and building an innings, something I’d mastered in county cricket. England was a frustrating place for me to tour because I had all the game to do well there but I just didn’t quite nail it. At the Oval I did that – wearing the opposition down for as long as it took – and it set me up for a really dominant period over the next six months.

It was a time when I had a lot of critics but I wasn’t buying any of it. I felt I had lots of good cricket ahead of me, I just  wasn’t quite nailing my game-plan. I was hitting the ball well but I wasn’t allowing myself to get runs over a period of time. I think I might have hit four or five hundreds in a row [including this match]. I just couldn’t stop and I had the same game-plan the whole time: I’d wear a side down, build positive momentum over the course of an innings and then when spin came on I dominated it. 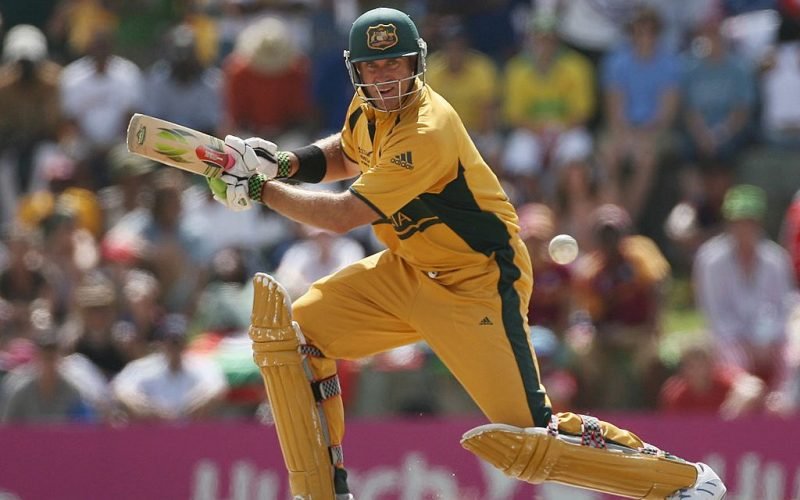 This was my time in one-day cricket. I’d waited patiently for a long time behind Mark Waugh and Gilly [Adam Gilchrist], just like I did behind Slats [Michael Slater] and Tubby [Mark Taylor] in the Test team. I probably wasn’t quite on top of my game in one-day cricket at the 2003 World Cup so I was biding my time the whole way through until 2007 when I played exactly how I wanted to play.

Related Story: The all-time Australia Test XI, according to the ICC rankings

I’d dreamt of playing against England my whole life, growing up listening to Test Match Special sat on the side of a Massey Ferguson tractor in my backyard. As a Test cricketer you want to play against England. That’s the ultimate. Trying to get to a position where you’re up against the foe, and you’re dominating the foe, that’s your arrival into Test-match cricket. Nasser said we could have a bat at Brissy, which I don’t think was necessarily that bad a decision. We’ve done it before but sometimes it’s hard to bowl on those wickets and we just had a better day. We’ve seen plenty of games where sides have chosen to bowl and wickets fly everywhere but England just didn’t bowl very well. You want to play your best cricket against England, that’s key.