Keaton Jennings had a tricky 2018 summer. But he remains defiantly cheery and, the stats suggest, deserves his chance in Sri Lanka.

Through all the agonies of last summer’s trial by seam, Keaton Jennings’ approval ratings remained pretty high. Partly cushioned by the struggles of those around him – Alastair Cook, in a rotten run himself, became counsellor as much as partner – Jennings found a fair supply of succour elsewhere, not least in the protracted miseries of India’s own top-order.

“Looked at in isolation, it was a tough series!” he says cheerily, his speech defiantly full of exclamations. “Openers were averaging 18 or 19 going into that final Test… not that I’m making excuses! I know there are certain skills that I need to get better. I’ll go away, take a look at my game and try to get better. But at the same stage there were glimpses where I felt that I could compete… and it was great fun!”

On the eve of the Sri Lanka tour and buoyed by his inclusion in it, Jennings is in perky form. By reputation he’s rarely otherwise. Speaking from South Africa, the country he swapped for the Durham Academy as a green 18-year-old – and where his family still live, including his father Ray, a former coach of South Africa – he’s trying manfully to judge the lines and lengths of last summer without resorting to plea bargains. 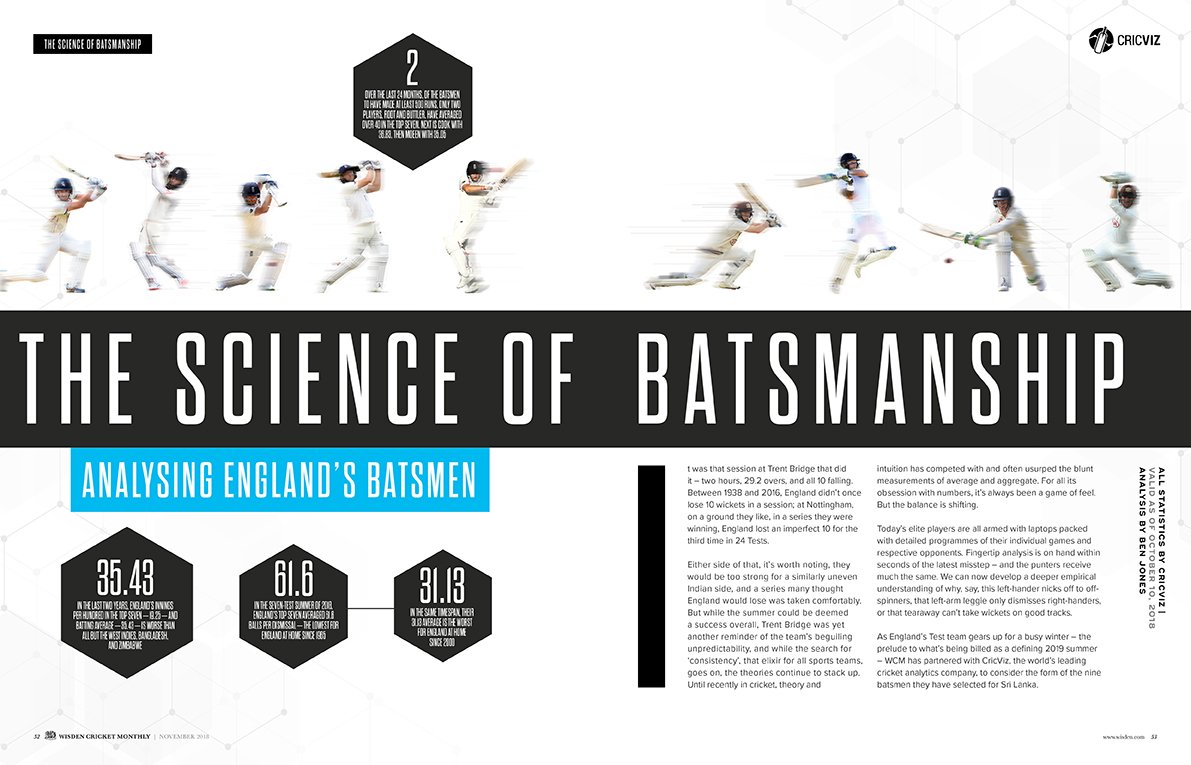 “I look at my own performances a little too harshly at times. Having moved away from the Test series and played for Lancashire, I still felt I was performing well and that gave me a huge amount of confidence to know that maybe it was the conditions, and that India were highly skilled. And that maybe, you know, I just didn’t have that little bit of luck – which is okay!”

The luck thing is worth a quick look. On day one of the series, Jennings grafted to lunch; and post lunch, he grafted a little more. Indeed the graft was maintained into the rarefied forties before a nothing ball from Mohammed Shami required from Jennings a routine back-foot block. He duly dropped it dead, but upon landing, some dark new energy pulled the ball towards the base of Jennings’ leg-stump just moments before he could swat it away. Desperately harsh, but that 42 would be his highest score of the summer.

Then there’s ‘the Bumrah ball’. With that action, it should not have been physically possible to break one off the seam back into the left-hander – indeed, according to CricViz, Bumrah had only ever managed it once before in his whole international career. But if it was Jennings’ fate to receive the second, the startled foal act which followed the ball cannoning into his unguarded kneecap was less than ideal. “Yeah,” he says now, “I’m still getting sent that footage from my mates. I’m just getting over it…”

He knows the numbers are a big worry. The Test average, as blunt a measurement as it is these days, is awkwardly low. Without his debut hundred against India in 2016, when he was dropped early on before settling in to showcase his undoubted proficiency against the turning ball, it would almost be beyond repair. “I’m not going to lie, there are days when it’s hard. You do hurt – as positive as I am, I’m only human. But I promised myself something a few years ago that regardless of what’s happened the previous day I would wake up the next morning with a smile on my face and go again. I’ll always arrive in the changing room with positive energy, and give it a full crack.”

It’s easy to see why England persist with Keaton Jennings. He’s smart and likeable, with a Test hundred and a hinterland. “I try to take an interest in a lot of different things. I’ll wake up about 5.30-6am, have a cup of coffee, watch the news – I try to read the paper every day to stay in touch with what’s going on in the world. When you’re a part of a professional cricketing environment, especially with England, you can become quite cocooned and things can seem irrelevant. Suddenly Brexit doesn’t seem like it has any sort of effect on your life because you’re playing professional sport! Generally, guys are more interested in talking about hitting draws and fades, which I suppose is the tendency of professional changing rooms.”

He’s working on a few things of course. “Mainly foot movement and transferences of weight,” he says. “I’m never going to be a guy who massively moves my feet – when I look at a guy like Trescothick, I’d say there’s some similarities there in terms of weight transference, and then extending that into the way I play spin.” What he would give for a hard-earned 80-odd in Galle. “And suddenly that pressure seems so far away.” 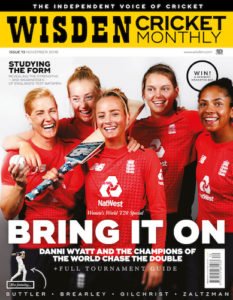 In partnership with CricViz in the current issue of Wisden Cricket Monthly, we assess and analyse the strengths and weaknesses of the nine batsmen selected for England’s Sri Lanka tour. Pick up your copy here