After a landmark U19 World Cup, Yashasvi Jaiswal was ready for his next big step in his remarkable rise, the IPL, before the ongoing crisis put everything on hold. But, he tells Aadya Sharma, he isn’t ready to lose momentum on his dreams.

Mumbai cricket has an unflinching love for wonder kids; flip through history, and you’ll find a stream of prodigies who have gone on to make it big. The assembly line’s latest headline-grabber was unearthed in October last year, when the unheralded Yashasvi Jaiswal, all of 17, carted a List A double ton off just 149 balls.

It was the first signs of what has so far been a remarkable story of a spirited teenager, fighting an impoverished background to keep a dream alive. He turned into India’s poster boy for the 2020 U19 World Cup, and scored a bucketful of runs to be anointed a hero back home, despite India’s succumbing in the tournament’s final. Hailed as Indian cricket’s next big thing, the next leap was to be the IPL.

In an ideal world, Jaiswal would have been standing next to Ben Stokes now, fully kitted in their Rajasthan Royals jerseys. But these aren’t normal circumstances.

For a young Jaiswal, it’s hit hard. Those high-flying wings have, for now, been clipped; he has to make do with makeshift practice sessions at home. “I miss playing on those grounds in South Africa,” Jaiswal tells Wisden India. “The entire vibe around the World Cup was very enjoyable. Representing India made me really proud, and I miss that quite a lot.” 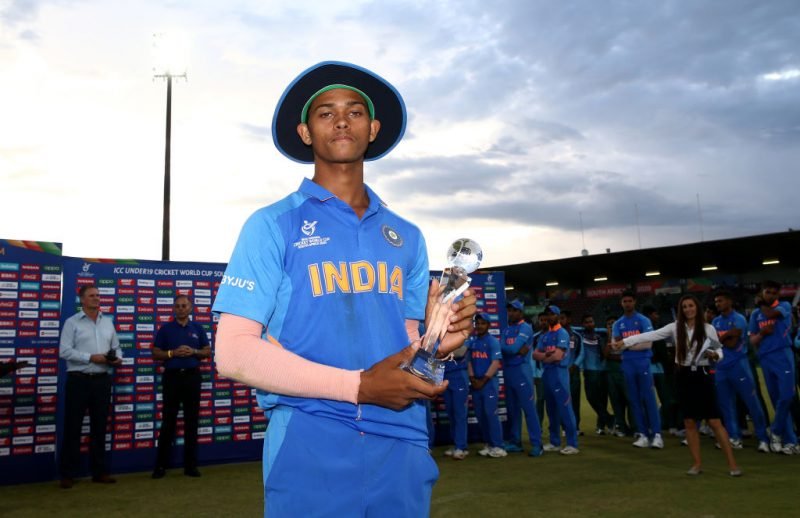 A fluid, determined left-hander, Jaiswal appears as solid as anyone can possibly be at his age – his strokes land a sweet punch, his knack for finding gaps is remarkable, with a level, smart head manoeuvering a compact technique. He stays in steady shape in his stance, the neck upright, the spine making an exact ‘L’ with his bent thighs. A product of the old-fashioned grind, Jaiswal was, undoubtedly, a cut above the rest in South Africa. And yet, all the commotion couldn’t waver his diligence, his steely eyes betraying little emotion outside the pitch.

At the NWU Sports Village in Potchefstroom, the common mess would ring with chatter upon the Indian team’s arrival every evening; post dinner, most kids would gather in the lounge, excitedly conversing, sitting and giggling at their phones. Jaiswal would mostly keep to himself, bulky headphones in place, lost in his own world, acknowledging any known face with a slight nod of his head. Surrounded by the buzz of each win, he looked hungry to better his previous gig. A bright smile would escape him here and there, letting us know that the battle-hardened look still housed a kid inside. 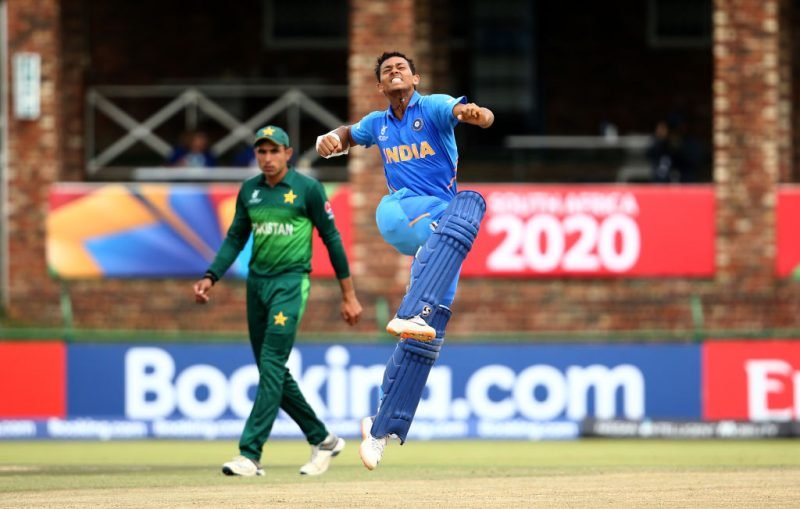 Before his Pakistan ton, Yashasvi Jaiswal was prone to falling in his fifties; his coach then advised him to assume he’s on zero, whenever he passed 50

“I have been in touch with Sachin Tendulkar and Wasim Jaffer – I used to go meet them whenever possible [in Mumbai],” he says. “One thing I’ve been told is to put all my focus on the game and blank out everything around.

“I went to the World Cup with the motive of learning something new from each game. Playing against bowlers of different nations gave me a different sense of confidence.”

Despite a personal high at the World Cup, Jaiswal had to also endure his first heartbreak – a valuable lesson – when a well-knit India combusted in the final. “Jaiswal was very disappointed,” says Jwala Singh, his long-time coach. “Even if you’re doing well, but the team isn’t, you just can’t feel happy. After returning home, we had the same thoughts for four-five days.”

But he picked himself up soon, spurred on by his coach’s support. “Whatever isn’t in our control, we can’t do anything about it,” Jaiswal recalls. “I have to keep giving my 100 per cent, and do well for the team.”

In a way, it completed his quick orientation to the highs and lows of top-flight cricket, and attested to the much-talked-about maturity that made him bat like a man among boys. The lessons have since continued.

The IPL was the next big thing waiting to be cracked. Jaiswal looked in pristine touch at the Rajasthan Royals camp in early March, but was stopped in his tracks by a slight shoulder strain. Little did he know that a three-week break would turn into a long-drawn sabbatical. India is currently under complete lockdown; Jaiswal resides in the congested city of Mumbai, where living space is a privilege, and backyards are a luxury of the rich.

“My preparation was going really well,” he says. “Mentally, I am still in the right space. Hopefully, everything else gets better outside. I’m managing with whatever I have here – including meditation, and speaking to my coach about the mental aspects of the game.”

The focus now is to complete the recovery cycle on his shoulder. Aided by the TheraBand and loop band, Jaiswal is working on his core muscles and general flexibility. There might be no space to run, but Jwala has enough time to work on his ward’s posture, body alignment, and balance. Above all, he’s ensuring that Jaiswal stays in top mental shape.

“It is very easy to get into negative thoughts when you aren’t doing anything,” says Jwala. “This is the best time to work on the brain, and a bit on the body. I share religious gospels with him, because I believe that helps a lot.”

Everyone wants a piece of Yashasvi Jaiswal! He is sold to RR for INR 2.4 crore!

All of MI, KKR, and KXIP were interested, and just when KKR thought they had him, RR entered the race to bag him.#IPLAuctions2020

Parallelly, Jaiswal has had support from his new team. “Rajasthan Royals have also been providing me schedules to work with,” says Jaiswal. “The coaches have been in constant touch with us. They haven’t provided any material as such, but we’re monitored on WhatsApp groups, where they track our improvement.”

The raging spotlight, transfixed on the youngster just a month ago, has fizzled out, but his dream continues to burn bright. Asked if he’s seen a change in the public perception after the World Cup, Jaiswal says, “It all looks the same. Everything’s normal.”

Jaiswal isn’t driven by those countless accolades on television, but by his own hunger to better himself. “I want to keep chasing my dream, and keep moving towards it,” he says. “But right now, I’m just hoping for the situation to get better. People the world over are dying, their health is much more important. Cricket can wait.”