Jofra Archer has more natural ability than any other current player, according to his friend and teammate Chris Jordan – who believes England should do everything they can to get the fast-bowling all-rounder in their 2019 World Cup team.

Jordan said: “I’ve not seen anyone with as much natural ability” as Archer, 23, who features in Wisden Cricket Monthly’s list of the 50 best young players in the world.

“The first time I saw Jofra was in Barbados back in 2012,” Jordan, who now plays with Archer at Sussex, told WCM’s August issue. “He was on the Barbados Under 17 programme at the time and he used to bowl at us in the nets. I remember facing him for the first time and Shai Hope, the West Indies international, was keeping wicket. He came up to me and said, ‘This guy is actually a lot quicker than you think, his run-up and approach can trick you’. I was like, ‘Yeah, yeah, no worries’ and didn’t think much of it. He ambled in for his first ball and gave me a quick bouncer, and had it been on target I’d have been easily cleaned up. Shai came up to me, had a little giggle and said, ‘I told you so’.”

After that compelling first impression, Jordan, who had trodden the path from Barbados to England himself, helped bring Archer to county cricket.

“We became good friends and he told me he had a British passport, because his dad is English, and expressed an interest in coming over to the UK. I had a chat with the Sussex coach at the time, Mark Robinson, and he said to bring him down so they could take a look at him. He came over to play club cricket and train with the first team and everything just took off from there.

“I’ve not seen anyone with as much natural ability as Jofra. You can ask him to bowl any type of delivery you can think of, and he’ll bowl it. With the bat he’s got very good balance, a good eye and he’s very brave as well – he’s not afraid to try new shots and really take the attack to the bowlers. 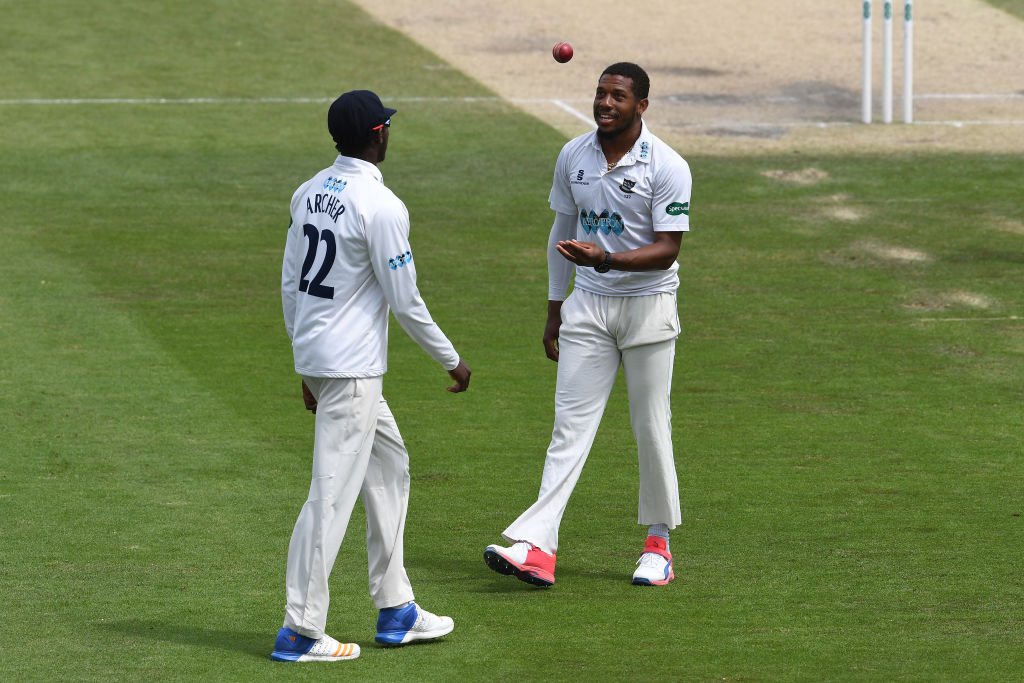 Jordan and Archer play together for Sussex

“One of his main attributes as a bowler is his deceptive pace. It’s amazing how easy he does it. He’s got an exceptional wrist as well and his whole approach is unique – he’s one of a kind.”

Archer made a sensational impact in the 2017/18 BBL for Hobart Hurricanes before playing a starring role in the 2018 IPL. But he’s a player for all formats, according to Jordan.

“He’s a smart cricketer too in the way he goes about his business,” Jordan said. “He can sustain his pace in four-day cricket when he wants to but he’s clever in the way he goes through the gears. If a batsman’s set he knows how to sit in but if he gets a sniff he’ll up his pace by another 5-6mph. 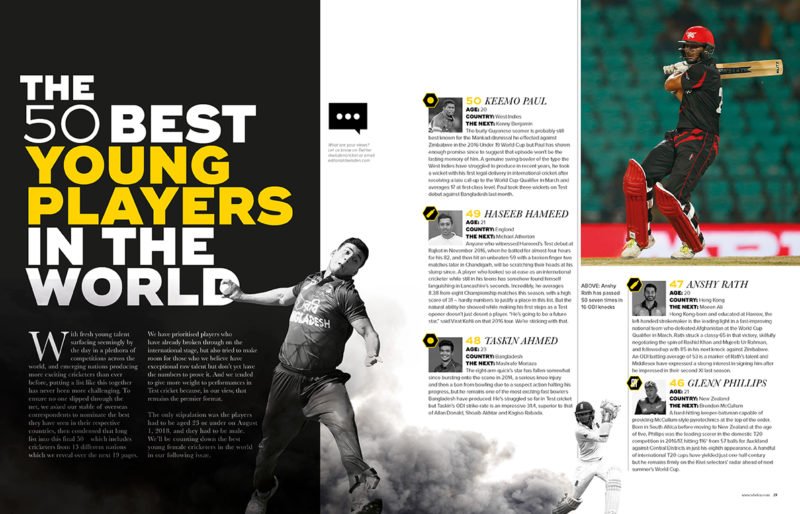 “Off the field he’s very easy going, looking to have a laugh. What you see him as now is how he’s always been, even before he was tipped for stardom. He’s a good kid, very humble, and what’s impressed me most is that he’s always been able to keep his feet on the ground and is constantly trying to improve.

“In the last year or so he’s really got into looking after his body and the more professional side of things. He’s a good teammate who always puts whatever the team requires first. That side of things is why I’m most proud of him.”

England would be mad not to do everything they can to get him into their one-day side, Jordan said.

“If there is an opportunity to get Jofra in the England set-up before the World Cup then I think it’s something that should be jumped at because he’ll only add to the team and make it stronger, not just from a bowling point of view but also with the bat and in the field. He’s a real asset to any team lucky enough to have him.”

To find out where Archer places in our list of the 50 best young men’s players on the planet, pick up a copy of issue 10 of Wisden Cricket Monthly