England’s Chris Jordan speaks to Taha Hashim about where the Black Lives Matter message currently stands in the IPL.

You could sense the exasperation in Jason Holder’s voice.

On Tuesday, as part of its annual awards, the Cricket Writers’ Club recognised Holder for his “grace on and off the field” and his West Indies side for the decision to brave the English bio-bubble this summer. While they fell to a 2-1 series defeat, Holder’s men were at the heart of one of the most striking images of the season: the knee being taken alongside England in support of the Black Lives Matter movement when Test cricket made its much-awaited return in July.

But when symbolic gestures are made, a pertinent question usually follows: what next?

Speaking to CWC chair Alison Mitchell from the IPL after accepting the Peter Smith award – for “outstanding contribution to the presentation of cricket to the public” – the Sunrisers Hyderabad all-rounder appeared to note the knee’s absence when Pakistan and Australia followed the Windies to England later in the summer. “I personally was a bit disappointed to see how the Pakistan and Australia tours that went on after ours, that they were not showing their solidarity afterwards,” said Holder. “It’s a long, hard challenge and a long road.”

And has there been any dialogue on racial issues at the IPL? “I haven’t had one conversation up here around it,” he added. “Sometimes it seems it has gone unnoticed, which is a sad thing. I guess it’s for us to re-highlight the importance of it.” 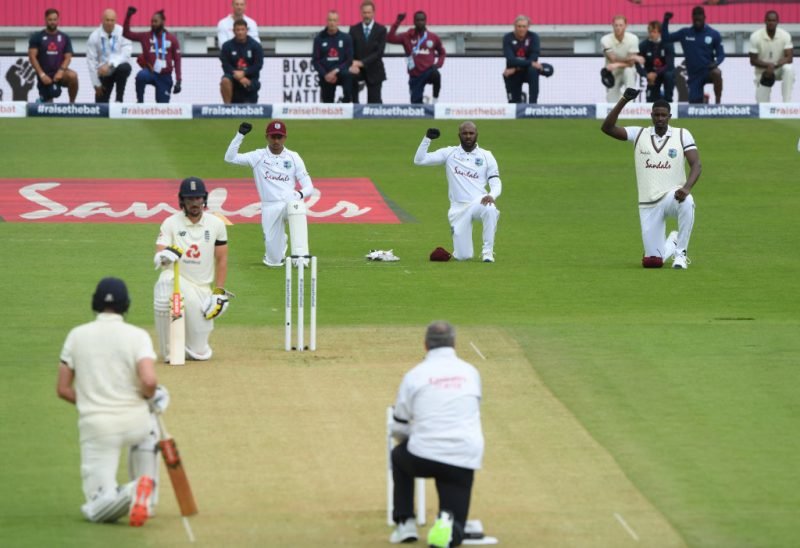 Perhaps lessons are being learnt away from the front and centre. On Wednesday England quick Chris Jordan, currently at the IPL with Kings XI Punjab, called into a primary school in Peckham as part of a Chance to Shine initiative celebrating Black History Month, speaking to students about his place in English cricket as a Black cricketer. Jordan, who attended a Black Lives Matter demonstration in the summer – “It was something I wanted to do, something I had to do” – understands Holder’s frustrations in regards to the IPL.

“I haven’t had personal conversations specifically about any gestures [at the IPL],” Jordan tells Wisden.com shortly after fielding questions from the classroom. “But I do understand where Jason’s coming from – for sure. And obviously I stand with him from that point of view. I can’t speak for any other team, but I know within our group those conversations do go on.

“When you’re in a bubble, there’s so much time to sit and think and have those type of conversations about how the world is moving forward, especially in these unprecedented times. I can’t really speak for other teams and people, but I know within this group it’s something that we do speak about and something we are conscious of. 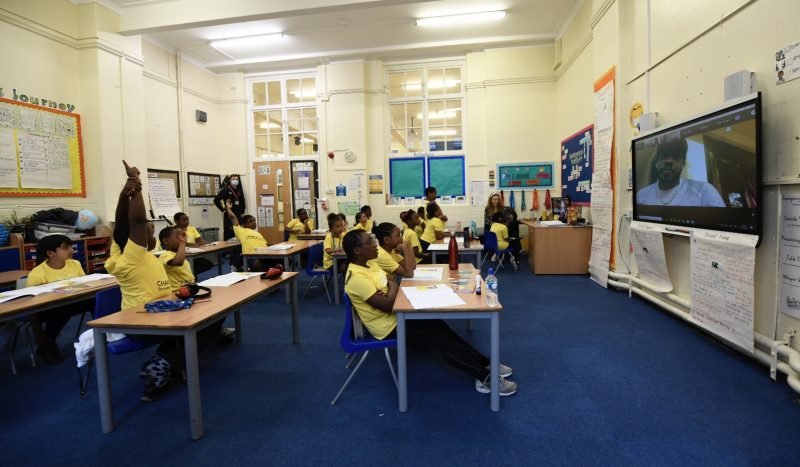 Chris Jordan speaks to a classroom of students

“Possibly a gesture can be done, but it probably is a little bit above my pay grade in terms of sorting that out personally. But it might be something all the teams come together, all the captains come together and speak on and recognise, because it definitely is important. We don’t want that momentum to slow down. We want equality. It’s possibly a conversation to be had.”

Yet Jordan does still support England’s decision not to take the knee following the West Indies and Ireland series. The 32-year-old, who is three wickets away from becoming England’s leading men’s T20I wicket-taker, played in the Pakistan and Australia T20Is.

“I definitely stand by the team’s decision,” Jordan says. “Whilst we weren’t taking the knee, the reason I say that is because of the types of conversations we were having with each other, which is where I believe the real change will happen.

“Putting topics on the table, discussing it and being real about it is where I feel real change will be affected anyway. And those type of conversations were happening.

“And also, this afternoon, sat here on a Zoom call, the opportunity Chance to Shine has provided in terms of speaking to those kids, potentially inspiring hope in those kids, it’s these types of things I’m more worried about, these types of behind-the-scenes things. These types of real interactions are where I feel the major change will be in the long run.”

Wider societal questions remain in the background as the IPL rumbles on. For Jordan, nightmarish beginnings have been followed by some more joyful notes. On his Kings XI debut he was taken for 30 runs in an over and dismissed off the last ball of the match to prompt a super over in which his side were defeated by Delhi Capitals. It wasn’t until his fourth match of the tournament that Jordan finally took a wicket, and he was subsequently on hand for some late theatrics in a remarkable win over Mumbai Indians last weekend.

Facing up to the last ball of the match once more, with two to win, Jordan was run out returning for his second, an arched sprint taking him further away from the strip as he scampered back for a photo finish. “I know watching from the outside, that route I took to come back for the second looked baffling, but I actually lost my footing on my turn at the non-striker’s end. If I’d tried to go back in the same direction I definitely would have slipped up and fallen down. I changed my line to get back to the other end and almost made it; the ball hit my foot on the way too so I thought it deflected which is why I didn’t dive, and it was just short. When that happens, you’re thinking: ‘Not again’. It happened in the first game against Delhi, where I creamed one, middle of the bat, [Kagiso] Rabada takes a screamer and we draw that game and lose that super over.”

After Kings XI amassed just five from their one over, the Mumbai pair of Rohit Sharma and Quinton de Kock were kept under control by Mohammed Shami to leave the scores tied once more, thus initiating another one-over eliminator. England’s death-overs expert then stepped up and limited the big-hitting Pandya-Pollard combo to 11 before Mayank Agarwal and Chris Gayle finally put an end to proceedings. “It really felt like we won a final,” Jordan says.

With Kings XI having turned one win from seven into four from 10, a play-off spot suddenly appears within reach. While the action in the UAE remains enthralling, whether Holder and Jordan’s words strike a chord off the field also remains to be seen.

Chance to Shine’s charity partner NatWest have championed diversity and inclusion in cricket and are committed to raising aspirations for children across the country. Find out more about cricket’s Black History Month at www.chancetoshine.org/bhm