Spinners are not like the rest of us. They possess, according to Amol Rajan in his book Twirlymen, “a spirit and attitude that is eccentric, manipulative, relaxed about deceitfulness, brave in the face of adversity, curiously obsessed with the twisting motion of spherical objects, and bent on ingenuity”.

Ravichandran Ashwin would recognise some or all of that description. “I’m not mainstream,” he tells WCM. “I do think differently and I’m going to get flak, but that doesn’t mean that I need to change my ways. I continue to be the way I am because I need to be happy.”

Hahaha, somebody sent me this and told me it’s exactly been 1 year since this run out happened.

As the nation goes into a lockdown, this is a good reminder to my citizens.

Specifically, those comments relate to his ‘mankading’ of Jos Buttler at the IPL last year, but they embody his broader attitude to the game, and life in general. “Absolutely not, absolutely not!” he says unequivocally when asked if he regrets his dismissal of Buttler, with a hint of mischief in his voice. “I get a lot of it [the spirit of cricket]. I love the way English cricketers and English cricket thinks – it’s wonderful. But in that whole wide space I’m sure there is room for people like me who think a little bit out of the mainstream.

“It’s not like I’ve been ungentlemanly or had a go at players. In fact, I don’t think I’ve had a Level 1 breach in my entire career. I always play by the rules and at the end of the day what’s wrong with playing by the rules and trying to gain an advantage for yourself? I don’t think there’s any problem with that.”

“I love playing in England,” he says. “I love how spectators respect the game,  ow much they follow the game and know about it. I enjoy the time away from home and all the attention – you’re always living under the microscope [in India]. Over there I’m free to express myself. I love playing the game and the professionalism of it. You have to deliver. I try to offer leadership.

“The life away from the game is also beautiful. I’ve always had a lot of friends in England and just going out for a meal is a simple thing that I’m not able to do in my part of the world. And there’s the lovely weather obviously – spin bowlers can keep going and going without getting tired.”

This freedom of spirit, this individuality of thought, encompasses Ashwin’s life on and off the field. This is a man who was an opening batsman until his late teens but has become a world-class off-spinner and a leading exponent of the ‘carrom’ ball – a delivery that is squeezed out by the middle finger and turns from leg to off. He initially wanted to bowl a doosra but couldn’t do so without bending his arm. So, inspired by the Sri Lankan Ajantha Mendis, he spent the best part of two years developing the carrom ball, aided, he says, by his long fingers. 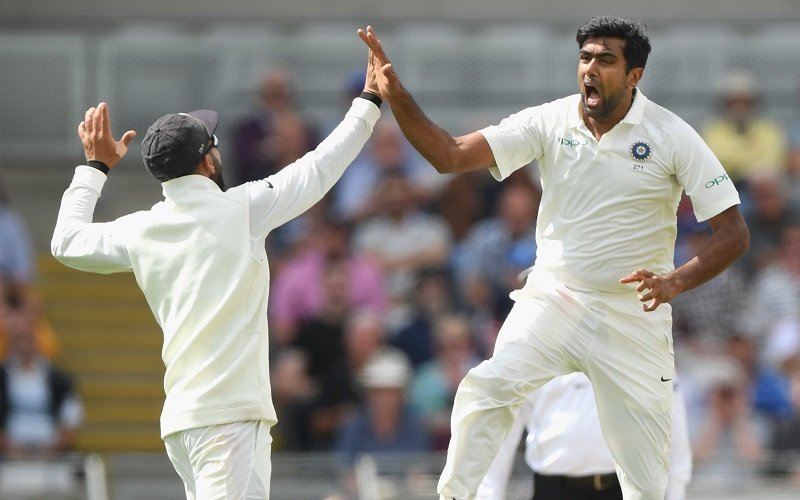 “Sarcasm and optimism my forte” writes Ashwin on his Twitter profile, though there’s plenty of serious thought too for his 9.8m followers. In amongst the cricket chat and pleas to make computer chess more challenging is discussion on climate change and specifically air pollution in India and Australia. He is prepared to dip his toe into political issues, recently asking his followers where he could read up on India’s controversial new citizenship bill.

In December 2017, Ashwin played in the Test match in Delhi which was held up for 20 minutes on the third day because of the effects of toxic air that caused Sri Lanka’s new-ball bowlers, Suranga Lakmal and Lahiru Gamage, to be sick on the field. He doesn’t say that it was this incident specifically that sparked his concern but it was undoubtedly a landmark moment for the game and its relationship with the global climate. He is less bothered about how cricket will be affected by climate change than the plight of the planet itself. “Cricket is a very small part of this when you’re talking about the whole global nature of this kind of change – I’m talking about habitability and sustainability.”

He says he talks to his teammates about the issues without being evangelical. “I don’t think everyone should think like me and these are just day-to-day things that I’m pointing out. It’s not like I’ve made it my sole focus to campaign or anything like that, but whenever I find something that’s disturbing in front of me [he will talk about it]. If it benefits 10 or 15 people I’m happy. 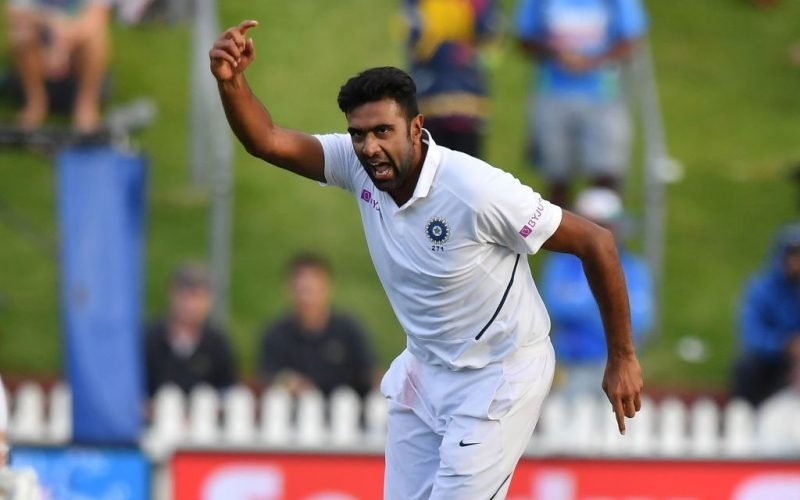 Ashwin’s strike-rate of 53.6 is the best among spinners who have more than 200 Test scalps

“This is starting to affect our day-to-day life. The air is full of smog and we have to be more careful in terms of what we’re doing to the planet. You have issues with chemicals in some parts of the country, air pollution in others. You have problems with water and drought. I’m sure it’s all man-made – it’s not just like nature is evolving against human beings. It’s pretty loud and clear and it’s important to understand that everybody’s in it together.”

Ashwin describes his own lifestyle as “pretty minimalist”. He doesn’t own a luxury car, his family recycle water and grow their own vegetables. The customary Diwali fireworks have long since been ditched. “These are the things that I can do so far and we can get better for sure,” he says. “When I came on to this planet, my forefathers were kind enough to leave it pretty habitable. I think it’s my responsibility to make sure it’s still habitable for the next generation. I do believe that you have to live for the day but you also have to be responsible for tomorrow.”

Putting yourself and your opinions out there to 10 million people on Twitter alone sounds like an invitation for an assault on your mental health, but the 33-year-old has grown a thick skin. “I used to take it very personally – why do people have to think about things in a negative fashion? But over the last few years I’ve realised that everybody’s entitled to an opinion and it’s not really something I’m worried about any more.

“I just play a game that I love and that game has been kind enough to make me popular around the world. This isn’t propaganda, it’s just me leaving a footprint of who I am. Sport is a great way to communicate. Whatever I’m saying needs to reach every single person and every single person needs to find the self-discipline to be able to understand what climate change is and what pollution is. I’m extremely sure that if you get bodies and players around the world to pioneer, it’s a great way to educate a lot of people. We can be role models to thousands, to millions, of people.”