Ollie Rayner speaks to Taha Hashim about announcing his retirement, the highs of 2016, the lows that followed and railing against the stereotypes of the English spinner.

It wasn’t so long ago that Ollie Rayner was parading the County Championship trophy around the Lord’s boundary, basking in the glow of the finest moment of his career. He’d taken just one wicket in the extraordinary win over Yorkshire but were it not for his efforts over the course of the season, Middlesex’s long Championship drought would surely have continued.

Life moves fast, though. The 34-year-old off-spinner was released by the club at the end of last season, just three years on from the pinnacle of 2016. Now, one of the most friendly and honest characters on the county circuit has called time on his playing career.

After taking 51 Championship wickets in 2016, Rayner’s next three seasons returned just 47 more, mirroring Middlesex’s own fortunes; a third consecutive season in Division Two awaits them this summer – should the red ball be brought out for play. Rayner’s last professional match was for Kent, where he went on loan after being deemed surplus to requirements by Middlesex head coach Stuart Law. Not that he was informed of the move by his parent club. “I didn’t know about the loan,” Rayner says. “I got a call from Kent telling me they were looking forward to having me on loan. I was like, ‘Hold on a sec, I’ve got to talk to my family’. There were things that definitely could have been done better.” 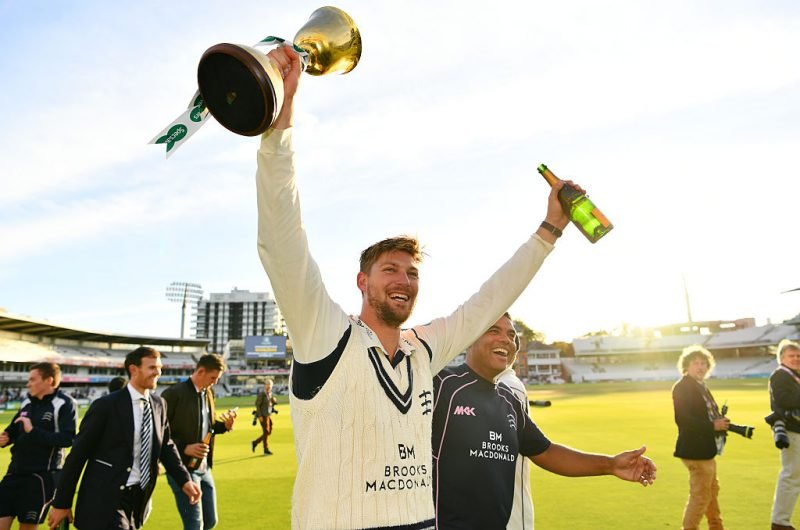 Ollie Rayner finishes his career with 313 first-class wickets from 151 matches at 33.26

Nevertheless, the affinity remains for a club at which Rayner enjoyed his greatest days. Having started out at Sussex, playing four matches in the club’s Championship-winning season of 2006, Rayner moved to the capital five years later, initially on loan. Success came quickly as he helped the Seaxes to promotion in his first season at the club; it was with the bat he impressed with in particular, striking 266 runs at 53.20. Joy with the ball came in 2013, with 41 Championship wickets at just 23.36 earning Rayner an England Lions debut over the winter.

His summit would be reached in 2016 as he thrived under the captaincy of Adam Voges, with a flat Lord’s deck no cause for concern. “It just clicked in 2016. I just felt so backed. In my career when I’ve had my best years it’s when I’ve been used as an attacking option. Over the last few years I’ve been renowned as steady Ollie; I’ve offered a lot of control in what have been seamer-friendly conditions – I don’t think I thrived under that. I’ve always been a maverick at heart. That year they were dependent on me for breaking partnerships. Adam Voges was brilliant in that he’d bowl me before lunch, and when you bowl well you stay on and earn the right.”

A Toby Roland-Jones hat-trick put to bed the finale of all finales on the final evening of the season. Cue delirious celebrations. “I was pulling pints in the Tavern, I was downing pints with the members in the stands. It was everything that I loved about the game.”

With England embarking on spin-friendly tours of Bangladesh and India that winter, Rayner’s timing looked impeccable, but he was forced to settle for more time with the Lions. The opportunity to play for England never did come, but he did receive unexpected recognition from then vice-captain Joe Root.

“I remember Joe Root coming up to me at the PCA awards before they went to India, and he won’t remember this but it meant a lot to me, despite how much younger he is than me. I was quite far gone by then and he’d had a few, but he just said: ‘Don’t think that no one’s noticed what you’ve done this year, especially on the pitches you’ve had to bowl on. People know that Lord’s is rubbish for spin and you’ve had a great year. Congrats.’ 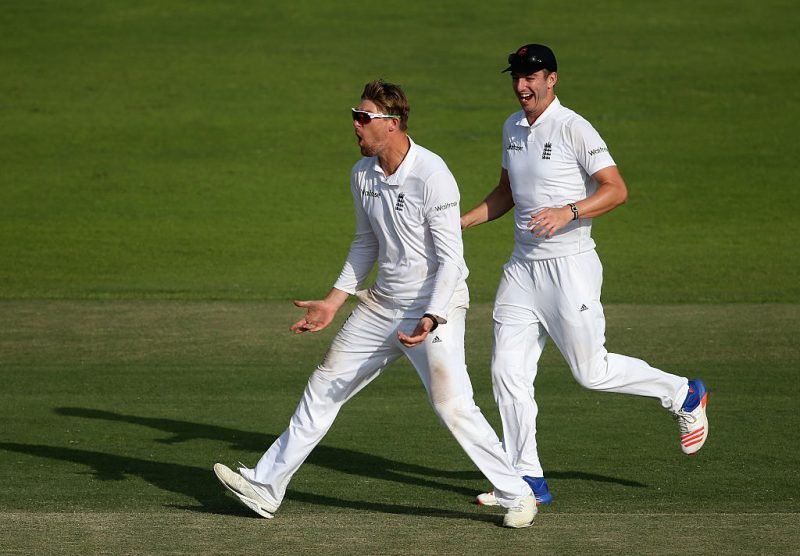 “It meant a lot to me but they took [Gareth] Batty that year because they wanted to go with experience. At the time I didn’t think about it too much to be honest. I’d had a really good year, I’m going with the Lions, things are going to happen. But on reflection, you look back and think, ‘If I was ever going to play for England, that was it’. Somebody made a safe call, rather than the right call, in my humble opinion. It is what it is.”

A knee injury followed soon after and by the end of his winter with the Lions, Rayner was, in his own words, “a wreck”. Seamer-friendly surfaces made their return – only a year after the introduction of the uncontested toss, which was designed to bring the spinners more into play –  to compound Rayner’s misery. “People realised there weren’t going to be big fines in places or penalty points for substandard pitches, and the pitches were allowed to get worse.”

Under the captaincy of Dawid Malan in 2018 and 2019, Rayner faded further into the background; he bowled in just five of the nine Championship matches he played for Middlesex in 2018, with a loan spell at Hampshire in the middle. “I found some of it very hard work, I’m not going to lie,” says Rayner of life under Malan’s leadership. “As a spinner in England a lot of your fate is taken out of your own hands with captaincy, conditions and playing at the bookends of the season. So you’re relying on someone to have faith in you. Vogey [Voges] or Franky [James Franklin], for the most part of the time they were leading, they did give me opportunity with the ball, whereas Dawid didn’t so much.

“I didn’t always see eye to eye with Dawid. We had a chat at the end of last season and I said that if he goes to Yorkshire he should just stay out of the politics and get on with his batting because he’s a fine player. If he can do that he’ll go far. I haven’t necessarily got any animosity there, but that relationship didn’t really help me personally in my progression. But I can’t pin it solely on one person.”

Really, Rayner spent his career trying to break out of the box English spinners are placed in. The one that requires them to hold up an end while the seamers take the plaudits. To fill some overs until the new ball. To help with the over rate. To hit some runs and take some catches, because your primary role just isn’t enough to warrant selection. But such is the life. It’s telling, in Rayner’s opinion, that the two leading county spinners in recent times, Jeetan Patel and Simon Harmer, are foreign imports.

“They’re exceptional bowlers. But let’s remember they’ve started their careers in different climates, one in South Africa, one in New Zealand. They haven’t had to do their apprenticeship like a lot of us guys have where the season has been front- and back-loaded, and the conditions, historically, have not been very good for spin. They’ve bowled a hell of a lot more overs than some of us that have only played in England.

“You need to bowl a lot of overs as a spinner to really learn your trade. English conditions don’t allow that. You’re brought up to bowl differently. I’m not seen as an attacking weapon. Simon and Jeets are because they’ve earned that right. They are the best spinners, they’ve had a lot of overs, time, confidence and wickets under their belt. Now they’re mature and know their game. They don’t feel threatened when they have a bad day and get whacked a bit because they know that over the test of time their records stand up.”

Regardless of the forced ending to his Middlesex career, there is no lingering malice. Rayner is backing the Law regime to see the club through its troubles. “It’s a great club that I owe a lot to, but they need to invest the time. It isn’t a quick fix.”

Despite offers to keep his playing career ticking over, a new life awaits. “I’ve moved into recruitment. I didn’t really want to sit around. There were opportunities around the country to keep playing, but I’ve got a young family. There was nothing that really warranted me just seeing out a couple more years in a different part of the country and uprooting everyone. I’ve had to think beyond myself. I’ve had a good run of it over the last 15 years, won two Championships and been on a couple of Lions tours. I’m working at a really good company, Annapurna Recruitment – if you want to put that in and give me bit of a boost up with the boss! I’m gonna give this a good crack and see where it takes me.”