A Test match victory in Bangladesh is no mean feat – even more established teams like England and Australia have lost there in recent seasons. So Bangladesh were naturally the favourites to brush Zimbabwe aside when they met in the first Test in Sylhet.

But, contrary to expectations, Zimbabwe took an early advantage in the Test, and despite a bit of a slip in their second innings, they kept the pressure on to eventually secure a 151-run victory.

The significance of the win for Zimbabwe can’t be overstated – Since September 2013, when they had defeated Pakistan in Harare, Zimbabwe had lost 11 Tests and managed a lone draw in the format. Notably, their last win overseas came as far back as in 2001! It’s no surprise that Zimbabwe were thrilled to bits after the win. 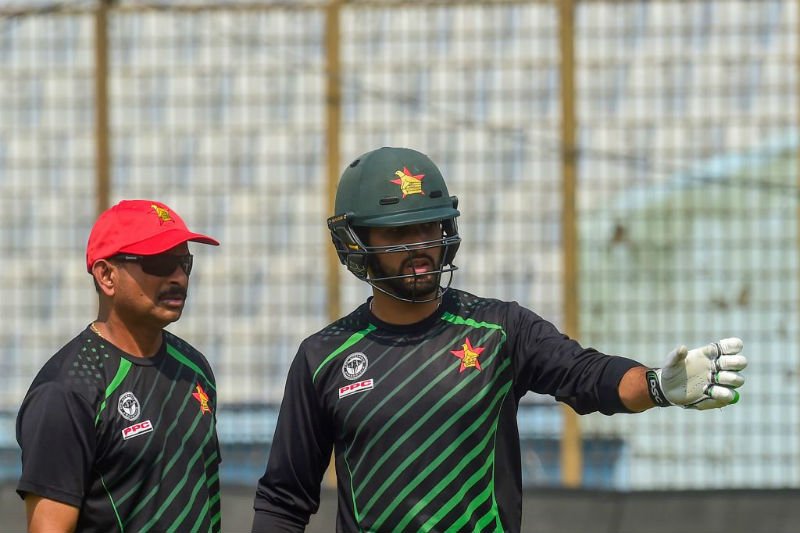 Coach Lalchand Rajput suggested that the achievement would go a long way in reviving Zimbabwe cricket and lift it from the depths it has plummeted to.

“Even big Test-playing countries come here and struggle to beat Bangladesh in Bangladesh – it’s a huge win for us, psychologically, mentally,” said Rajput. “This will definitely revive Zimbabwean cricket.

“We have started believing that we can’t only win at home, we can win abroad as well. This is the first step and we need to kick on from here. The way that we came back after the ODI series 3-0 whitewash, we were really prepared for it. I’m happy that the boys have done justice to their talent. It’s a great day for us.

“Teams around the world will know that Zimbabwe is getting back to the team they were earlier. If you look at Zimbabwean cricket in the 90s, they had a fantastic team. This win will definitely revive that, bring the confidence of players, and I think it’s a great thing for the Zimbabwe board, because the board has really persisted with these players.

Yes, we did it! Securing a thrilling 151-run victory over @BCBtigers in the first Test against in Sylhet is no mean feat! Congratulations to @ZimCricketv! And thank you to all who have been rallying behind us, through thick and thin — this is for you! #BANvZIM ??? pic.twitter.com/1FbAQcOSkz

“They have been patient, and now the day has come. I’m sure everyone back home, the Zimbabwe board, the public and the whole country will be proud of this.”

According to Rajput, Zimbabwe’s sheer hunger to break the five-year hoodoo may have done a thing or two to egg them on. If they can retain that hunger, Zimbabwe might build towards more frequent successes.

“We were hungry to win. We wanted really badly to win the match because we had been losing in previous games. That was a key area, because if you’re hungry for success, you’ll do well,” he said. 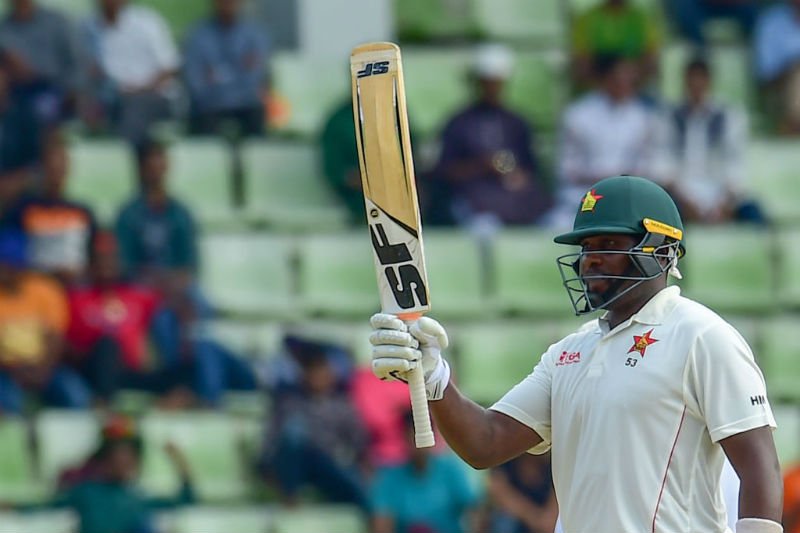 Zimbabwe captain Hamilton Masakadza – who himself contributed to the victory with fine knocks of 52 and 48 – was equally delighted.

“We have started believing that we can’t only win at home, we can win abroad as well"

“Yeah, I’m ecstatic, I thought the boys went out and worked really hard, applied themselves really well,” Masakadza said after the match.

“Especially in the first innings, we (secured) a good lead which was important on a wicket like this. It was always going to be difficult to come out and bat last.” 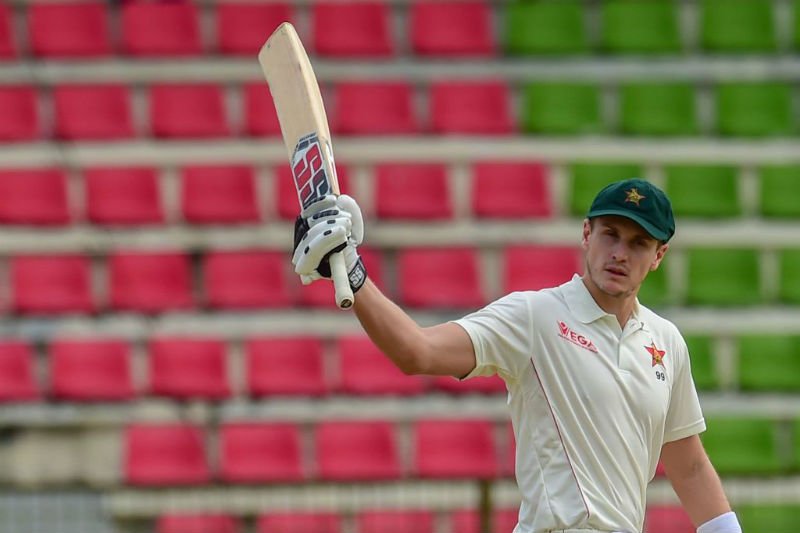 “I thought the batsmen applied themselves really well” – Masakadza

Masakadza was pleased with the batting effort as his side scored 282 in the first innings, courtesy half-centuries from the captain himself, Sean Williams and Peter Moor.

“Generally, I thought the batsmen applied themselves really well. Especially in the first innings, guys took their time to stay on the wicket and accumulate runs,” said Masakadza.

Masakadza reserved special praise for the bowlers, saying they bowled well not only in the Test but also in the preceding ODIs, which Zimbabwe lost 3-0. 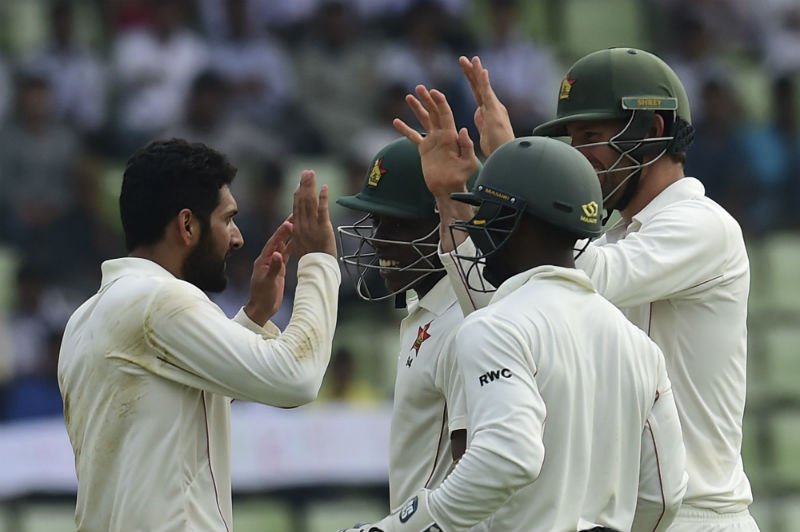 “I thought the bowlers were brilliant the whole time since we landed here in Bangladesh,” said Masakadza. I don’t think they’ve done too much wrong. To come out and stick to their areas on that wicket, it was really encouraging to see. It’s one thing to have a wicket like that, but guys need to execute their skills as well.

In Bangladesh’s second innings, it was the spinners who did the most damage. Sikandar Raza (3-41) made inroads up the order, Brandan Mavuta (4-21) ripped through the middle-order, while debutant Wellington Masakadza (2-33) came to the party in the end. 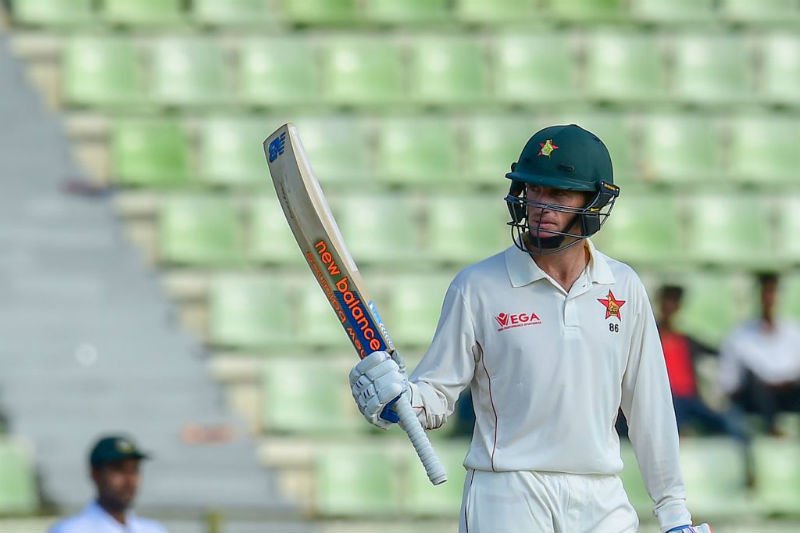 “A century is on cards for the next Test” – Williams

“It’s not often that you see your spinners get more out of the wicket than Bangladeshi spinners. I think this is one occasion where that has happened,” gushed the captain.

Sean Williams starred in the first innings with a steely 88 acting as the anchor while Masakadza and Moor provided substance at the start and the end respectively. Williams’ only regret was that he missed out on the 12 runs to make it a triple-figure score, but he’s added the task to his to-do list for the next match at Dhaka, starting November 11. 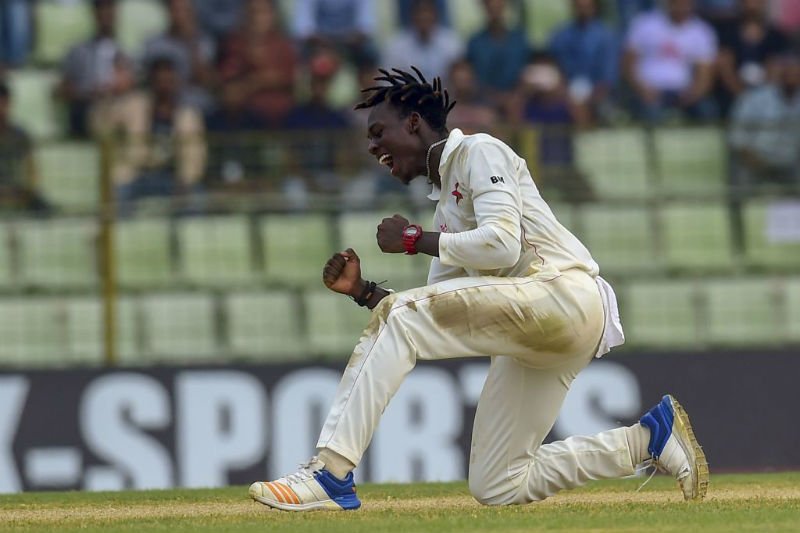 “It was pretty difficult. (It) took me a long time to get in on that wicket. Going back to the one-day games, I realised that was the case so I brought it forward into the Test matches and luckily it worked out for me. Unfortunately, I didn’t get the 12 runs needed to get to my century. But it’s still on the cards, and it’s definitely on my plans for the next Test,” said Williams.

He too reserved special words of appreciation for the bowlers: “I think young Brandon Mavuta bowled really well, it was fantastic to see. Unfortunately, he didn’t get his five-wicket haul, but also our seamers – on a spin-friendly wicket, (Kyle) Jarvis and (Tendai) Chatara bowled really well in the first innings to set the game up for us.”