His methods may be old-fashioned, but Shai Hope is the rock around which the Windies can build a world-class team, writes Roshan Gede.

Evin Lewis, Shimron Hetmyer, Nicholas Pooran, Kieron Pollard: all boast the ability to strike them big and turn the tide in their team’s favour in an instant. And yet, even with a bevy of power hitters to rival any nation in the world, West Indies find themselves languishing ninth in the ODI rankings, with their boom-or-bust approach coming unstuck more often than not. Remarkably, their 3-0 sweep against Afghanistan last month marked their first series win since October 2014, two World Cups ago.

Though their were positive signs on their tour of India, the scoreline told a familiar tale, with the tourists slipping to a 2-1 defeat. The second ODI at Visakhapatnam was, in many ways, a typical batting display, with the Men in Maroon remaining ahead of the opposition’s progressive run-rate for large parts of their innings, but still slipping to a heavy 107-run loss, with 6.3 overs unused.

Standing tall all the while has been Shai Hope, who top-scored in the failed chase at Vizag, as he did in the final game of West Indies’ series win against Afghanistan, his 109* sealing a nervy chase of 250. Another match-winning century followed in the first game of the India series, and while his final-game 42 wasn’t enough to bring about an upset, it did put the seal on a glorious 2019 for Hope, with him aggregating 1,345 ODI runs at an average of 61.13, only behind Rohit Sharma’s tally of 1,490 runs and Virat Kohli’s 1,377.

Shai Hope now has 11 ODI half-centuries in 2019. Only one West Indian has ever hit more in a calendar year – Viv Richards in 1985.

That Cuttack knock also saw Hope pass 3,000 runs in the format, becoming the second-fastest to the milestone in terms of innings, after South Africa’s Hashim Amla, and two digs quicker than Viv Richards. His average of 52.75 sees him sit among the top five in the 3,000-run club, alongside Virat Kohli, Babar Azam, Michael Bevan and AB de Villiers. And yet Hope rarely receives the accolades reserved for some of the other modern masters, despite having to contend with carrying a struggling team while still churning out the runs. 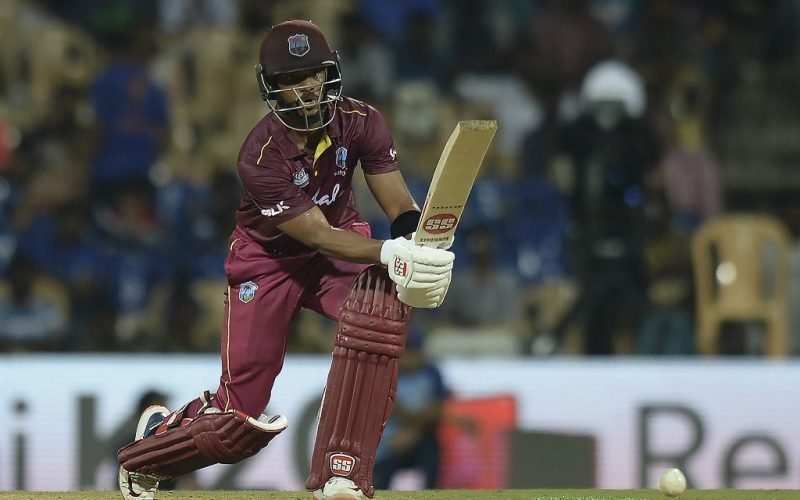 Shai Hope finished as the second highest run-scorer in the ODI series against India, with 222 runs from three innings

His first international appearance came during the home Test series against England in 2015: West Indies’ first international assignment after the 2015 World Cup, where they were blown away by Martin Guptill’s unbeaten 237 in the quarter final. Chris Gayle had blasted 61 off 33 on that day in Wellington and the Windies progressed at a higher run rate than New Zealand throughout their innings, but with just one batsman crossing fifty, they never looked like threatening. The void of a solid batting mainstay, like on many occasions previously and since, was clearly visible.

But it wasn’t until 2017, and in the longest format, that Hope showed he could be the foundation on which West Indies could build a successful ODI team. He has, by now, grown sick of references to Headingley, but the story is so powerful it’s hard not to revisit it. After just one fifty in his first 11 games, he notched up twin hundreds to power West Indies to their first win in England in 17 years. The second of those tons came in a chase of 322; it was nurtured with grit, punctuated by a bit of fortune, glittered with some audacious strokes and fittingly concluded with a winning hit towards square-leg under the fading Headingley lights. 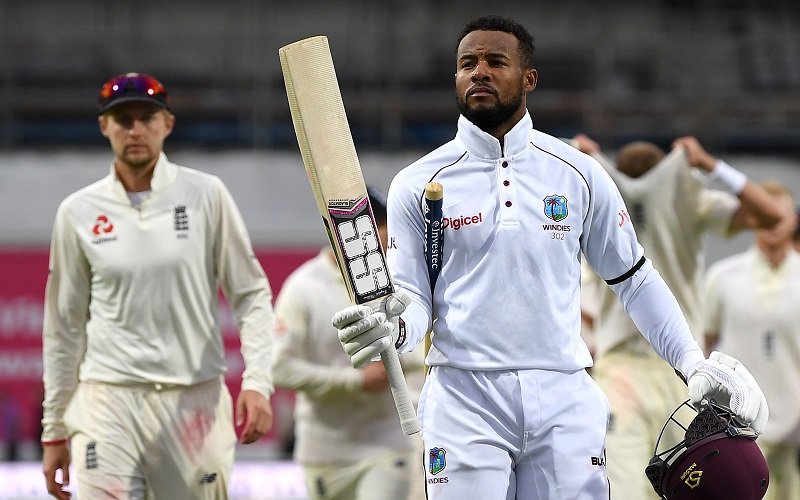 While Hope hasn’t managed to find the same success in Test cricket since, it did set the blueprint for an ODI method which has paid rich dividends of late – since the start of November 2018, Hope has more hundreds than anyone except Rohit, and more runs than anyone full stop. So why isn’t he spoken of in the same breath?

His strike rate undoubtedly has something to do with it – at 74.32, it’s something of a throwback. But it might also be exactly what West Indies need. A prime example came during the run-chase in the first ODI at Chennai, when Hope’s sedate century provided the bedrock for the flamboyance of Shimron Hetmyer to flourish. The keeper batsman had consumed 147 balls for 91, before killing the contest with a six and a four off Deepak Chahar, bringing up his eighth ODI century in the process. The partnership scoring rate though finished well above a run a ball. It was, in every way, perfectly paced.

Critics might point to Hope’s lack of impact in West Indies’ stilted World Cup campaign, but even here, Hope’s slow scoring was rarely to blame. Of his three half-centuries, the first, against Australia, set his side on course for a famous win before a dramatic intervention from Mitchell Starc, the second, against Bangladesh, propped up a total in excess of 300 only for a creaking bowling attack to come undone, and the third was the top score in one of only two West Indies’ victories.

Kane Williamson has batted at a lower strike rate than Hope in 2019, with New Zealand’s success powered by their overall team combination: an aggressive opening pair, two experienced heads in the middle order, some quality all-rounders and a dynamic pace attack. A team built around Hope’s particular skillset could flourish, if the right supporting parts can be identified.

The choice West Indies face is where best to employ Hope in their batting order. His average of 109.5 as an opener countenances little argument, but the template set around the world is for the openers to be the aggressors, and the No.3 the lynchpin.

Related Story: Kapil Dev: If Virat Kohli isn’t performing you can’t keep the youngsters out of India’s T20I side

The 26-year-old could be to West Indies what Joe Root is to England, Williamson to New Zealand and dare we say what Virat Kohli has been to India. He provides that solidity which West Indies have been long missing, ever since the days of Shivnarine Chanderpaul and Ramnaresh Sarwan. It might not be enough by itself, but just because Hope can only be part of the solution doesn’t mean he’s part of the problem.