Tim Paine, the Australia Test skipper, said he was not surprised at being dropped from the ODI squad ahead of the series against South Africa. He was replaced by Aaron Finch as Australia’s 50-over captain.

The 33-year-old, who took charge after the ball-tampering scandal in South Africa earlier this year left Australia without Steve Smith or David Warner, as well as Cameron Bancroft, said that he always knew that his role at the helm of the ODI side was a temporary arrangement.

“I saw it coming before the UK tour, to be honest,” Paine told cricket.com.au. “The plan was to focus just on Test cricket. Then obviously what happened, happened, and all of a sudden, we didn’t have a captain or vice-captain.

“So I think it was about having some stability in the team when Justin (Langer) first took over (as coach).

"Finch is playing beautifully, and I think at the moment he's playing so well, he's growing in confidence in everything he does"

“But I was always aware of the fact that I wasn’t going to be the person going forward for the World Cup and they would look in another direction.”

Australia were steamrolled by England in a five-match ODI series in June this year when they lost 5-0 under Paine’s leadership. That meant the doors closed on Paine quite quickly, especially with just 36 runs coming off his blade in five games.

There was little surprise on Saturday when Tim Paine was officially replaced as captain of Australia's ODI team, not least from the man himself | @martinsmith9994 #AUSvSA https://t.co/Mv0Bjbl3X7

“Clearly, had I gone there and scored three hundreds, things might have been different,” added Paine. “But I knew the plan was that this was the way they’d be going.

“I think it will be (a blessing in disguise). It’s one of the things that I’m quite excited by – to just focus on one form of the game and focus on how I want this (Test) team to develop.”

The Australian red-ball skipper believes Finch is the right person to take his country’s ODI cricket forward and lavished praise on the opener’s tactical acumen. 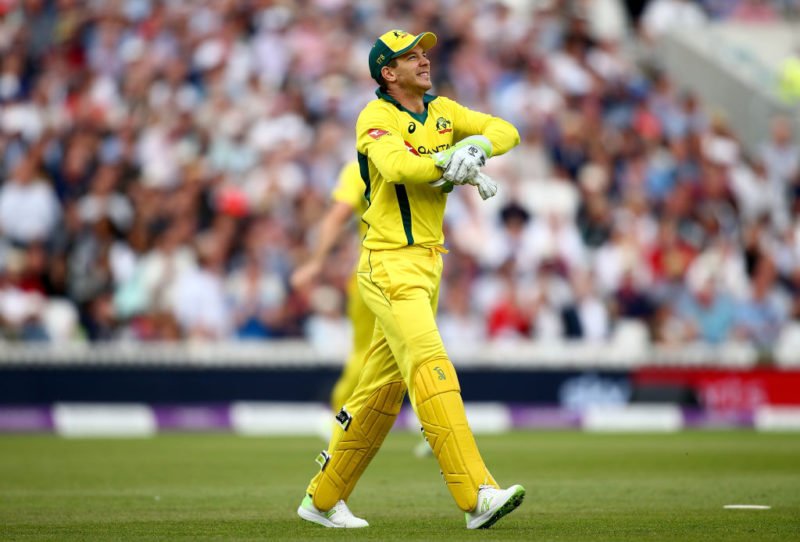 ‘Finch is in the prime of his career, he’s playing beautifully’ – Paine

“I think our best cricket in one-day cricket can really surprise people,” Paine said. “(Finch is) in the prime of his career, he’s playing beautifully, and I think at the moment he’s playing so well, he’s growing in confidence in everything he does. He’s our best player in 50-over cricket at the moment.

“Having played with him and against him in state cricket, he’s clearly a really good captain, he’s very good tactically. Like myself, we’re developing our leadership and trying to get better.”