They played 95 Tests together, sharing 762 wickets between them in those matches. Looking back, the great West Indian pair of Courtney Walsh and Curtly Ambrose insist it was a simple formula behind their success: “We looked after each other.”

Talk about the best bowling partnerships in cricket, and the names and nostalgia roll off the tongue as one: Wasim and Waqar; Lillee and Thomson; Larwood and Voce; Lindwall and Miller; Warne and McGrath; Botham and Willis … and somewhere near the top, Walsh and Ambrose.

The West Indies duo was fast and fearsome with the new ball, playing no small role in the team’s success between 1988 and 2000. The Caribbean side won 42 of those matches in which they featured together.

Stuart Broad – 433@jimmy9 has more Test wickets than any other pace bowler in the history of the game.

“There is no secret or magic to it,” Ambrose said in an interview published on Betway, when asked about what kept their association going on and off the field. “If he [Walsh] was taking wickets, then my job was simply to make sure I kept the same pressure from the same end. If it was my day, he’d do the same.”

“We looked after each other,” added Walsh. “I would look to him from the boundary and tell him what I had seen or what I had noticed. And he would do the same for me.”

What Jimmy and Stuey have done for the game is tremendous. Hopefully another partnership will come along that will be even better.

They were both competitive bowlers, but if they kept score of who got how many wickets in a day, it was done with no ego and simply to push each other on.  “We would always have a smile, seeing who was going to get the most wickets that day,” Walsh told cricket betting sportsbook, Betway. “But it was a jovial thing.

“The best partnerships complement each other, but don’t compete against each other.”

Ambrose added: “If I take 10 wickets in a Test match and we lose it’s a waste of time. I love winning.” 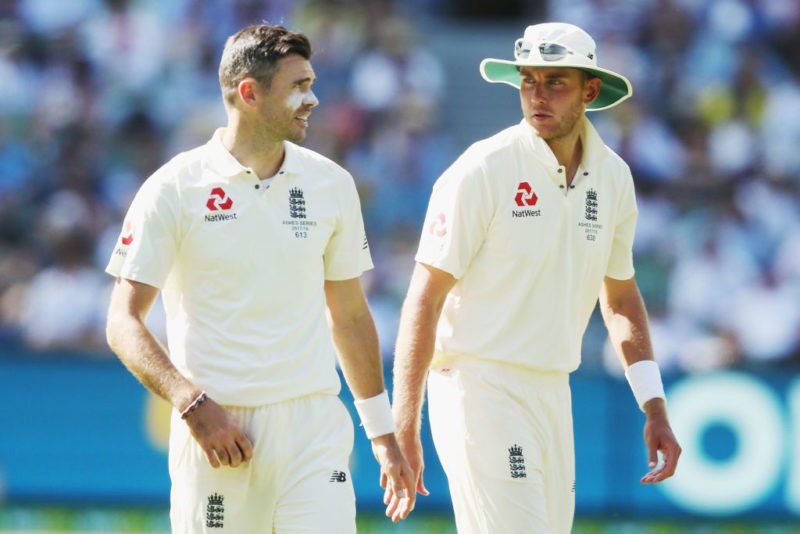 Sharing a room on tour in the early 1990s helped them develop a friendship and understanding off the field as well.“We’d have good nights where we’d have dinner together, we’d chat, we’d discuss other things than just cricket,” explained Walsh. “It helped us to understand each other, and how we each thought about things.”

With the Ashes around the corner, the focus is on another pair of pace bowlers who make a strong case for a portmanteau or hyphenation themselves: Stuart Broad and James Anderson. The two are seventh and fourth respectively on the all-time wickets charts, and Walsh is delighted at their success.

“What Jimmy and Stuey have done for the game, for example, is tremendous,” he said. “Hopefully another partnership will come along that will be even better.”

“As part of the fast bowling fraternity, and very passionate about it, I love to see fast bowlers doing well,” Ambrose added. “It’s a pleasure to see bowlers doing better than former greats.”

Read more on The Insider’s blog