Following the successful hosting of a day/night Test against Bangladesh in Kolkata, India captain Virat Kohli said that his No.1-ranked side is open to playing a pink-ball game in Australia, during their tour of 2020-21.

India recently hosted their first day-night Test and handed Bangladesh an innings-and-46-run defeat at Eden Gardens in Kolkata. Following that positive experience, Kohli said his team is “up for the challenge”.

“We played a day-night Test here and we’re pretty happy with how it went and it’s become a very exciting feature in any Test series, so we’re absolutely open to playing a day-night Test [in Australia],” Kohli told reporters on the eve of the first of three ODIs against Australia in Mumbai. 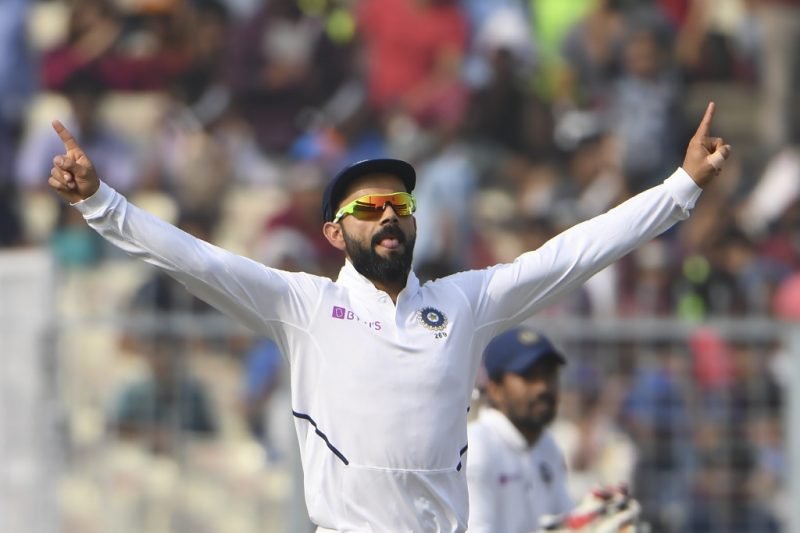 “We’re ready and up for the challenge. And whether it’s Gabba, it’s Perth, it doesn’t matter to us. We do have the skillsets as a team to compete against anyone in the world anywhere, in any format of the game, whether it’s white ball, red ball or pink ball, we’re ready to play.”

A day-night Test has become a staple of the Australian summer, but Cricket Australia were unable to convince the Board of Control for Cricket in India to play one on their 2018-19 tour of the country. Another marquee fixture that was omitted during that series was the season-opener in Brisbane, where Australia haven’t lost a game since 1988. Australia’s Test captain Tim Paine recently suggested jokingly that the teams could play a day-night Test at the venue next season if the Indian captain agreed to it.

“We’ll certainly try and we’ll have to run that by Virat, we’ll get an answer from him at some stage I’m sure,” Paine had said, after Australia’s victory over Pakistan at the Gabba in late 2019. “Brisbane is where we like to start our summer, and that’s how it’s been for a long, long time, except for last summer. As I said, we’ll ask Virat, see if we can get his permission to play here, and maybe even get a pink-ball Test if he’s in a good mood.”

The Aussie captain is keen to play against India in Brisbane next summer! pic.twitter.com/NCmGqua67s

Kohli acknowledged that the 2020-21 series could be a lot more challenging for his side, especially the bowlers, as compared to the previous one, which they won 2-1 to secure India’s first series win Down Under. Australia’s batting line-up was raw last season, on account of the absence of Steve Smith and David Warner, who were serving their ball-tampering suspensions. In addition to their return, Kohli pointed out that other Australian batsmen, such as Marnus Labuschangne, have evolved since then.

“This time, I think the series is going to be very different in terms of their batting challenging our bowlers,” Kohli said. “To be fair, last time their players were not very experienced. If you take out David and Steve… Marnus came in, but he played only one game. The way he’s shaped up over the last [Australian] summer, it’s been amazing… so much consistency is always good to watch at the international level, and the hunger and passion you can see in his game, so yeah, it will be a challenge for us to break that batting order, but a challenge that we should look forward to.”