Australia batsman Travis Head has criticised the behaviour of the MCG crowd on the first day of the Boxing Day Test match, with sections of the crowd choosing to boo Mitchell Marsh whenever he came onto bowl.

Marsh is a controversial figure among Australian fans. His batting average in the top six in Test cricket is just 25.95, the worst of any Australian with more than 40 such innings since 1896. His bowling career record is similarly poor – his average of 43.11 puts him fifth on the list of worst averages for an Australian who has bowled more than 2000 Test deliveries.

Some fans feel he is given a longer rope than other players because of the exploits of his father Geoff, who played 50 Tests for Australia, and that he often has done little to justify his recall. Marsh was named one of Australia’s Test vice-captains before their series loss against Pakistan, after which he was dropped. On this occasion, his recall has come with him having scored one fifty-plus score in seven Sheffield Shield innings this season and taken six wickets at an average of 62.2 in those games. 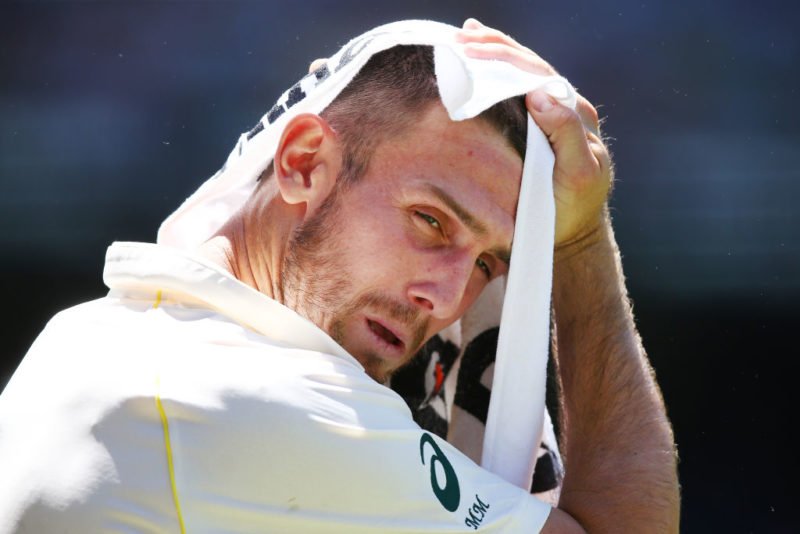 Marsh was booed by the MCG crowd on Boxing Day

With Marsh’s inclusion for this game coming at the expense of Victorian Peter Handscomb, some fans were moved to set up a Facebook event to encourage those in attendance at the Boxing Day Test to boo Marsh, which they duly did whenever he touched the ball.

“I don’t think it’s great,” Head said. “I don’t think any Australian cricketer in Australia deserves to be booed. I understand the Victorian crowd, Petey obviously missing out, but I think it’s pretty poor for Mitchy to cop that.”

Despite the harsh reaction from the crowd and his poor form in the run up to the Test, Marsh acquitted himself well. Though he went wicketless, he was the most economical bowler for Australia on an attritional day, conceding 23 runs from his 15 overs as half-centuries from debutant Mayank Agarwal and Cheteshwar Pujara and an unbeaten 47 from Virat Kohli ensured India ended the day on top, having taken the score to 215/2. 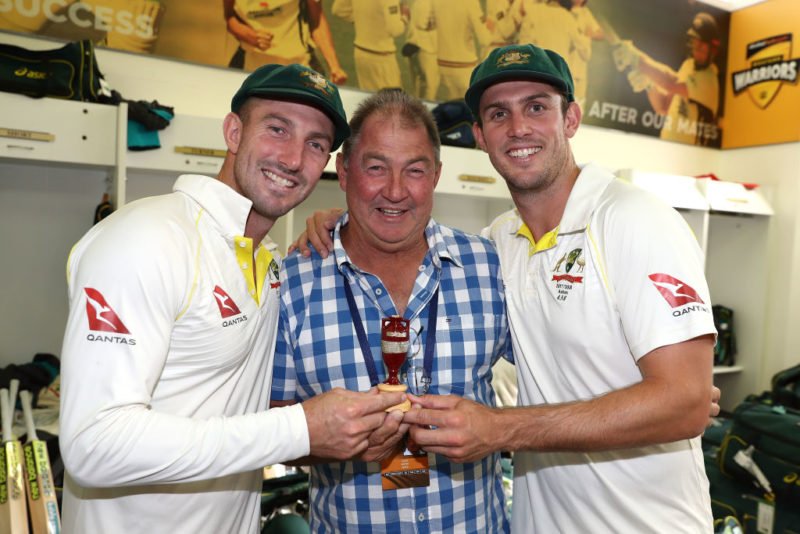 Marsh’s brother Shaun and father Geoff are both Test cricketers

“Obviously we’ve seen it with Kohli as well but for Mitch, who worked his bum off today, I thought he bowled exceptionally well,” said Head. “I thought he created pressure in tough conditions and fought really hard.

“I think Mitch is a character to get on with it. As he showed, he did his business, he did his work, he bowled exceptionally well, did the job that was needed for the team and that’s what Mitch has always done.”

Head credited Marsh being a “great fella” who can “get the energy around the group” as reasons for his inclusion.

Related Story: Warne: Mitch Marsh should have been given the vice-captaincy over Smith

“He’s always been someone to get the energy around the group, lead from the front and I think he did that,” he said. “In tough conditions to grab the ball and bowl the way he did was really good. He created a couple of chances as well.

“I think the way he showed today, I think great team man, great fella, worked his backside off for the boys today and I think he did a wonderful job so yeah disappointing and hopefully that won’t be the case for the next couple of days.”