Kane Williamson has been ruled out of New Zealand’s five-match T20I series with England due to a right hip injury.

Regular T20I skipper Williamson was withdrawn after a discussion between himself and head coach Gary Stead after the conclusion of the opening round of the Plunket Shield, New Zealand’s domestic first-class competition. The 29-year-old turned out for Northern Districts in their match against Canterbury and hit 26 in his only innings.

In New Zealand’s Plunket Shield, bowling for Otago against Wellington, Nick Kelly finished with figures of 0-0-12-0 after starting – and ending – his spell with two chest-high full tosses.

Tag a mate who that reminds you of ? pic.twitter.com/FIEQf0wzk1

Tim Southee will step in to take the reigns for New Zealand’s second T20I series in a row – he was at the helm during the Black Caps’ 2-1 series win against Sri Lanka in September.

“We’ve been monitoring the injury for a while now and it’s the same issue that ruled him out of the final Test against Bangladesh back in March,” Stead said. 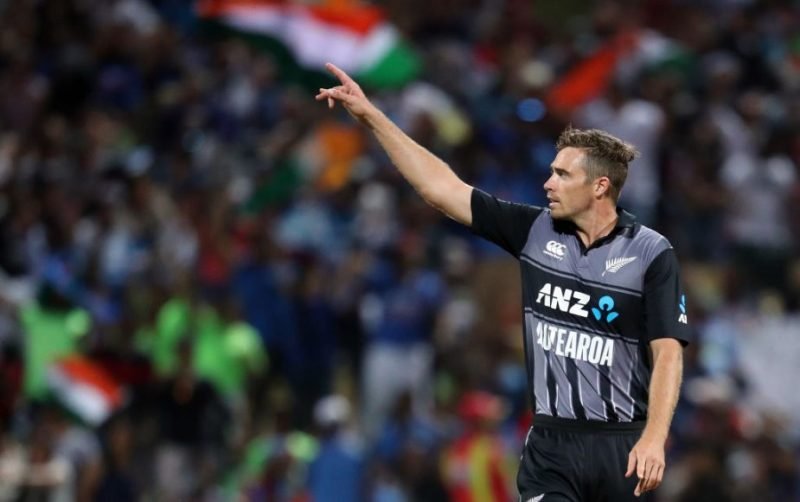 “It’s disappointing timing for Kane at the start of an exciting Kiwi summer, but we feel it’s the right decision with a busy season ahead.

“We’re fortunate to have someone experienced like Tim who can comfortably step in and take the reins, as he successfully did on the recent tour of Sri Lanka.”

Seamer Lockie Ferguson is back in the international fold after recovering from a broken thumb and has been included in the squad for the first three T20Is. Trent Boult, who is set to play in the second round of the Plunket Shield, will replace Ferguson for the last two T20Is.

The first match of the series will take place in Christchurch on November 1.