Sri Lanka Cricket (SLC) said on Wednesday, September 11, that they will conduct a reassessment of the security situation in Pakistan, ahead of their tour of the country later this month.

The statement came a short while after the board announced their squads for the ODI and T20I series, beginning on September 27.

While SLC have stopped short of calling off the tour, a fresh security threat that was received at the Prime Minister’s Office has them worried. The Ministry of Telecommunication, Foreign Employment and Sports has warned them of a possible terrorist attack on the Sri Lankan team and advised them to proceed with extreme caution.

In March 2009, a bus carrying Sri Lanka’s cricketers was attacked by a militant group in Lahore, when the players were en route to the Gaddafi Stadium for the third day of the second Test. Seven members of the side and assistant coach Paul Farbrace were injured. Since the attack, a majority of international teams have refused to travel to Pakistan.

The Pakistan Cricket Board (PCB) has, on its part, denied any knowledge of a fresh threat to the Sri Lankan team and has stressed on its commitment to provide top-notch security to the visiting side. 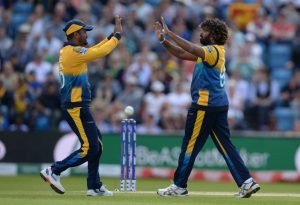 “We have seen the SLC statement, but are not privy to any information or intelligence report relating to safety of the SL team,” PCB said on Twitter.

“The PCB reiterates its commitment to provide complete safety and security to the SL side and in this relation will continue to work with the SLC.”