In the midst of a superb year, Shakib Al Hasan dragged Bangladesh from a hopeless position against New Zealand into the semi-final of a global competition for the first time.

Not enough has been made of the frankly ridiculous year Shakib Al Hasan has had. Bangladesh’s rise is by now well-storied, but less often mentioned is how it has almost always been him at the heart of their successes.

He began the year by making Bangladesh’s highest Test score, 217 against New Zealand in New Zealand. Though that match ended in defeat, his next great Test performance – a first innings 116 and six wickets in the match against Sri Lanka – brought about Bangladesh’s first ever away Test win against a full-strength, top-eight opposition. By the year’s end he’d also scalped Australia, top-scoring for his country with 84 in the first innings and taking 10-153 to seal another famous victory, becoming in the process just the fourth bowler to take five-for against all other Test nations. He also became the fastest player to reach the milestone of 5,000 ODI runs and 200 ODI wickets in October. 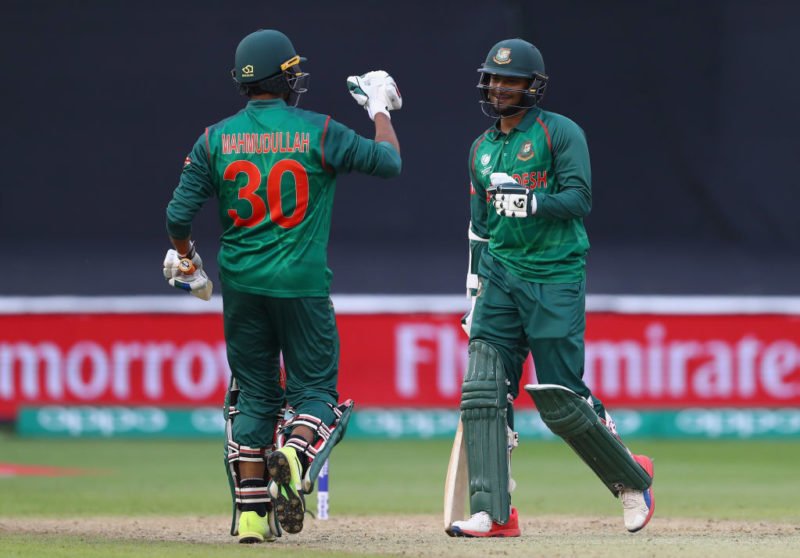 And then there was this. With Bangladesh 33-4 chasing New Zealand’s 266, and Tim Southee and Trent Boult extracting movement in the air and off the pitch, their hopes of a first-ever semi-final appearance at a global tournament were all-but-gone, before Shakib, in partnership with Mahmudullah, first withstood the barrage – Shakib scored just 10 runs from his first 24 balls – and then took the game away from the Kiwis. By the time he was dismissed, Bangladesh required just nine runs to win, and he and Mahmudullah had broken the record for Bangladesh’s highest ODI partnership.

Related Story: Quiz! Highest scores by a No.3 in Tests

Perhaps the lack of attention on his achievements is partly Shakib’s own doing; a strong-minded and outspoken individual, he is no stranger to courting controversy off the pitch, and indeed much of the discussion after his Man of the Match performance against Australia centred around his request for a six-month break from Test cricket. Now he’s captain of Bangladesh’s Test and T20 teams, leading the side in name as he has done for years in spirit.

And at least this achievement was unmarred, as, on a glorious, sun-dappled day in Cardiff, Bangladesh’s golden boy gave his country a truly golden moment.