Jonny Bairstow might have declared himself fit for the fourth Test against India at Ageas Bowl, but he will still have to deal with Mohammed Shami, the Indian pace bowler who has revealed his plans to target Bairstow’s “weak zone”.

Bairstow fractured his finger while keeping at Trent Bridge, and was in doubt for the fourth Test. On Tuesday, August 28, he announced he was likely to be picked as a specialist batsman in Southampton, with Jos Buttler taking over wicket-keeping duties.

Bairstow is England’s highest scorer – 206 runs in five innings at 41.20 – so far in the series, and Shami said there would be no room for sympathy when they face each at either ends of the pitch. 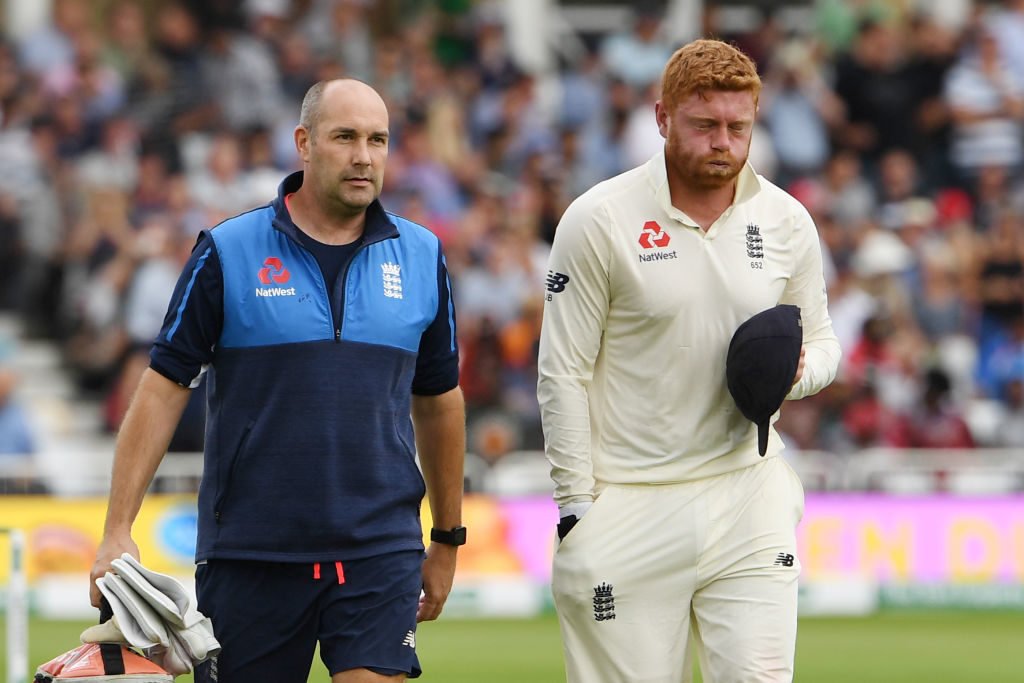 Bairstow fractured his finger while keeping at Trent Bridge

“When you see that a batsman has a weakness and he feels uncomfortable in some way, you’d prefer to work on that aspect,” said Shami.

“It’s not just me, any fast bowler will want to target his weak zone. So we will definitely look at that.”

Apart from Shami, Bairstow will have to likely face the pace and guiles of Jasprit Bumrah, the bounce and movement of Ishant Sharma, and the increasingly-impressive Hardik Pandya, who returned a five-for at Trent Bridge.

Such pace riches would have seemed other-worldly for Indian teams in the past, and Shami credited that to a changing culture. “Our country has got such a bowling attack after a long time and if you compare one on one (with England or any opponent), we have better bowlers,” said Shami.

“I cannot think of one more format”

Exclusive comment from Virat Kohli on ‘The Hundred’ ? https://t.co/KDb0cR30W4

“Now, the culture is different, you cannot look at batting alone. We have such good skilled pace bowlers that they are idols for young kids and junior cricketers. India’s best pace attack is in front of you and performing and helping the team win.

“We have formed a pace unit that people are now talking about us and for us.”

That said, is they key in the fourth Test a five-man pace attack? “It’s hard to decide to field five quicks in a Test match,” argued Shami. “According to me, there should be one spinner, as on the fifth day, the ball will turn.

“I can definitely say that there will be a good result on this wicket.”