Tim Paine’s Australia managed a great escape in the first Test against Pakistan in Dubai, batting out 139.5 overs – the most they have ever faced in Asia – to salvage a draw.

The captain now believes his team has drawn confidence from that effort and can win their first Test series in Asia since 2011.

Chasing 462 runs for victory in the fourth innings with more than four sessions to bat out, Usman Khawaja (141), Travis Head (72) and Paine (61*) put up a commendable performance to ensure a draw as Australia finished on 362-8.

“I am certainly proud of what we have achieved in the last Test and we can certainly play a lot better this Test,” Paine said ahead of the second Test that begins in Abu Dhabi on Tuesday, 16 October.

The pitch prepared for the first Test was a typical Dubai flat deck where there was little assistance for bowlers, both pacers as well as spinners. But a cursory look at the Abu Dhabi wicket on the eve of the game revealed an uncharacteristic grass covering, which could have prompted the Australian think tank to ponder over playing three fast bowlers.

"Don’t know what the team is like, but I won’t be putting my hand up for rest"

While Michael Neser and Brendan Dogget are in the squad, Paine said their services will be needed only if the first-choice fast bowlers – Mitchell Starc and Peter Siddle – sit out.

Starc had a tough outing in Dubai, returning one wicket from 42.2 overs and also cramped on a few occasions in the hot and dry conditions. However, despite suggestions that he sit this one out, the fast bowler is in no mood to rest. 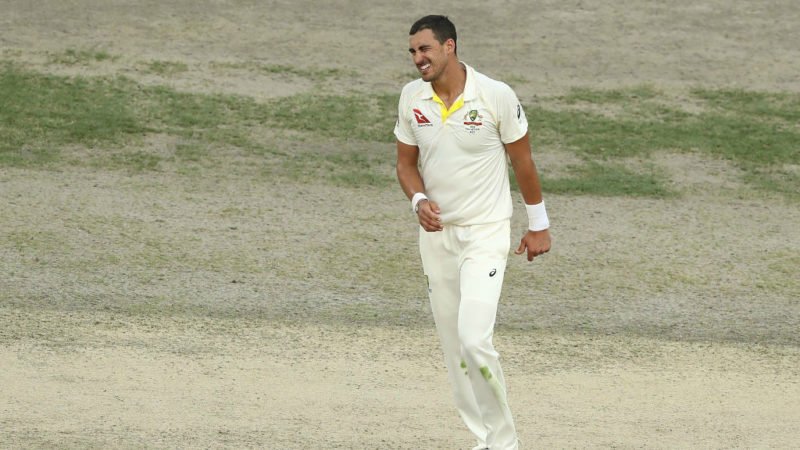 Starc bowled 42.2 overs in Dubai across the two innings in return for a solitary wicket

“Hope not! Don’t know what the team is like. But I won’t be putting my hand up for rest,” Starc said. “It’s only my first game back for a while (after injury) as well so I’m feeling pretty good, pretty fresh, and I’m happy with how the ball is coming out.”

It was a decent performance in Dubai, even though the bowlers had to toil for long periods in the heat and Australia lost 10-60 in the first innings. The few glitches in the batting line-up demand attention and Paine has hinted at a possible reshuffle.

Shaun and Mitch Marsh returned ducks in the second innings while Marnus Labuschagne, on debut, struggled against the spinners. “The guys had a meeting yesterday and all that stuff was discussed. We’ll come tomorrow and make a call on the team and batting order and stuff,” Paine said. 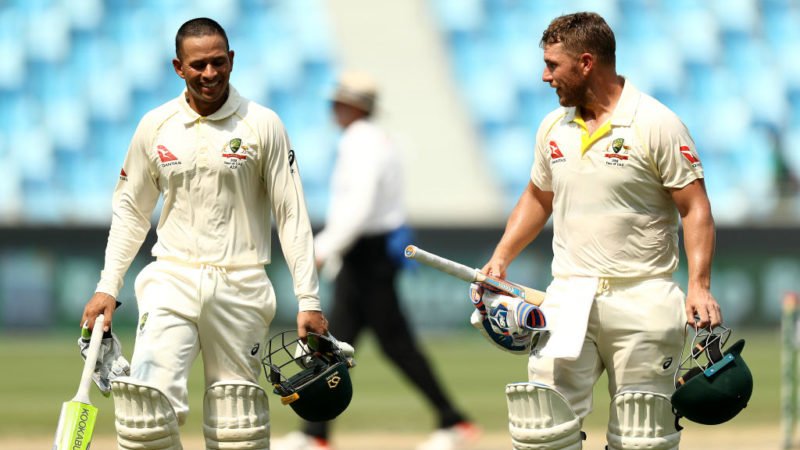 But the overall mood in the camp was good and the team inspired a lot of confidence after their heroics with the bat in the fourth innings in Dubai. “I think the guys in the second innings saw that their plans worked over here,” Paine said.

“You never know … you may have the greatest plans in the world but unless you get out in the middle under that sort of pressure, you never know. So for guys to actually go out and do it – we will take a lot of confidence out of that.”

A big reason behind Australia managing to escape from the jaws of the Pakistani bowlers was the opening partnership between Khawaja and Aaron Finch. The duo added 142 runs in the first innings and 87 in the second to give Australia good starts.

Before this week, Usman Khawaja had never scored more than 26 in Asia.

Now, he's scored one of the most famous innings played in the continent by an overseas batsman. @Ben_Wisden delves into the stats to explain Khawaja's turnaround against spin.https://t.co/j6RFy9mn2a

“It’s great for a team to have a strong opening partnership,” Paine said. “In the last few years, we have had a number of them. So we’d like to get to a stage where we are settling it down.

“They certainly started really well. They had a really good rapport and looked relaxed in the middle and know each other very well. So it’s a really good start and hopefully it continues well.”

A drawn first Test means that Australia are still in with a chance of winning their first Test series in Asia since 2011, when they beat Sri Lanka 1-0 in a three-match series.

The Aussies have arrived in Abu Dhabi ahead of Tuesday’s second #PAKvAUS Test pic.twitter.com/sjmYvSFJSa

Paine said this Australian team is perfectly capable of doing so by playing “their best cricket”. “Yeah, it (winning a series in Asia) will be a massive thing for any Australian team and for this one in particular,” he said.

“We touched on it at the start of last week – not many people gave us a chance over here which a great opportunity to prove people wrong. It’s a great thing to keep driving us. We are trying to get better every day and if we manage to play our best next week, then maybe that’s possible.”