Hardik Pandya blamed the conditions on the third day at Lord’s for the 189-run partnership between Chris Woakes and Jonny Bairstow, saying the ball stopped swinging “all of a sudden”.

Woakes scored a maiden Test century and was unbeaten on a 159-ball 120 as England ended the day with a commanding lead of 250. Bairstow scored a fine 144-ball 93 as well, and their partnership helped England recover from a tricky 131-5.

India have few options from here, apart from hoping desperately for rain. “As a bowling unit, we tried everything and all of a sudden, the ball stopped swinging,” said Pandya. “Then Woakes and Bairstow took the game away. But it happens. 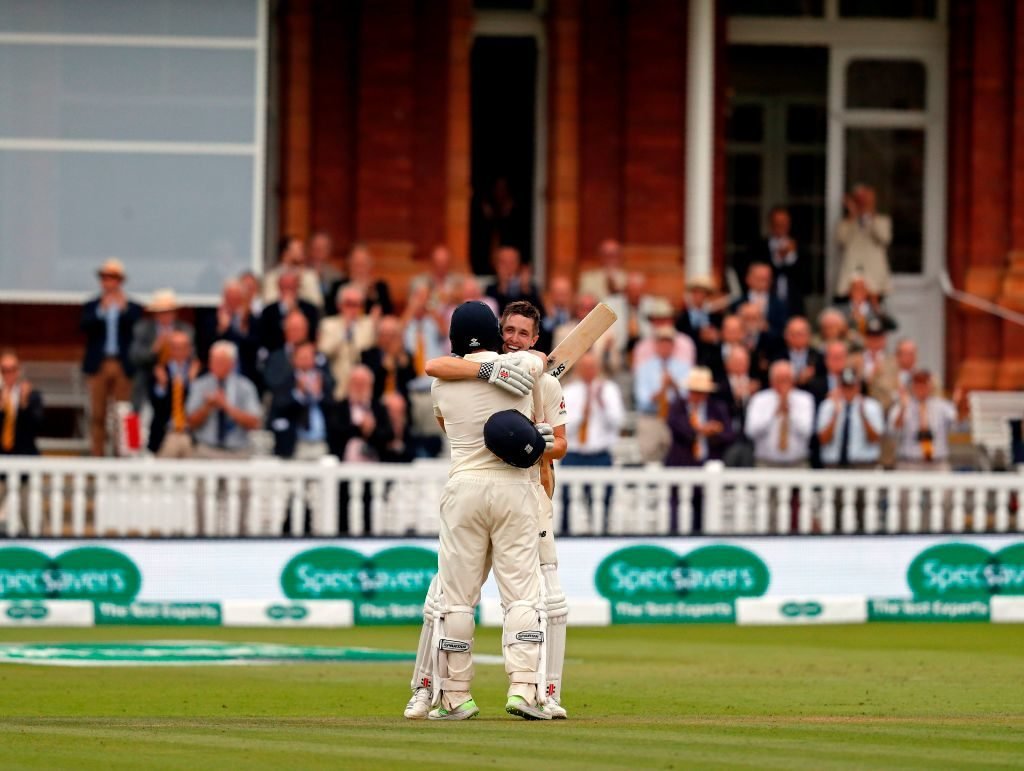 “I’ve seen Test matches, where you get five wickets quickly and then you get that one partnership. With our batting line-up as well, we’ve done it many times. It’s just a part of the game. The ball was not doing much.”

Pandya launched a defence of India’s batsmen as well. They were bundled for 107 in overcast conditions, with Jimmy Anderson returning 5-20, and Pandya said most teams would have struggled similarly.

Related Story: Watch: ‘A touch of SKY and a touch of MS Dhoni’ – Hardik Pandya pulls then helicopters Chris Jordan for two sixes in two balls

“Any team would have got the same score that we had got,” he said. “Because playing in those conditions … where a little drizzle was there, the wicket also was a little bit wet, and the conditions were completely different.

“When we bowled today, it was in proper sunlight. We knew that today was the wicket that we actually expected from the first day. Because of the weather yesterday, the wicket changed quite a bit and it was doing a lot. That’s the only difference.”

Pandya’s position in this team has come under scrutiny, with Michael Holding among the prominent names questioning his role as an all-rounder. He wasn’t used much as a bowler in the first Test, but he filled the role of third seamer at Lord’s as India opted for two frontline spinners.

Asked about his role in the team, Pandya explained, “Whatever I am doing, I’ll … If I am batting, I will think as a batsman, and if I am bowling, I think as a bowler. I don’t have one particular role.” He added that as a bowler, his job was “to keep it tight” and “try to make sure the batsmen make mistakes”.

Couldn’t be happier to see @chriswoakes get himself on the Lord’s honours boards and a real pleasure to be out there when he did it! ???????? #cobba pic.twitter.com/KEDJfmTipL

India’s decision to go with two spinners in conditions ideal for seam and swing also prompted criticism, but Pandya believes the decision would have been vindicated had it not been for showers on the first two days.

Related Story: Deepak Hooda may lend India the balance they have been craving

“Obviously, we had some thought behind it, I don’t want to get into too much. But three (pace bowlers) were enough, to be honest,” he said. “We did enough, we bowled properly. We knew about whatever efforts we had to put.

“Today’s wicket was what we expected, and I think it was a proper call. If it had been a five-day game, spinners would have come into use. But because of the rain and everything, the game has been shortened. There are not many foot-marks, so it was not gripping that much.”