West Indies under 19s caused a stir with their controversial appeal for ‘obstructing the field’ in their World Cup clash against South Africa.

The MCC, the guardian of the game’s laws, state that cricket “should be played not only within its laws but also within the spirit of the game.”

So to the Under 19 World in New Zealand, where an incident has got the whole cricketing world talking.

During South Africa’s 76-run win over West Indies in Tauranga, South African opener Jiveshan Pillay was given out obstructing the field by the umpires. Pillay, on 47, was dismissed after picking up and throwing the motionless ball, which he had inside-edged onto his pad, to West Indies wicketkeeper and captain Emmanuel Stewart, who then appealed.

The umpires convened to discuss the appeal and sent the decision to the third umpire, who then made the judgement. 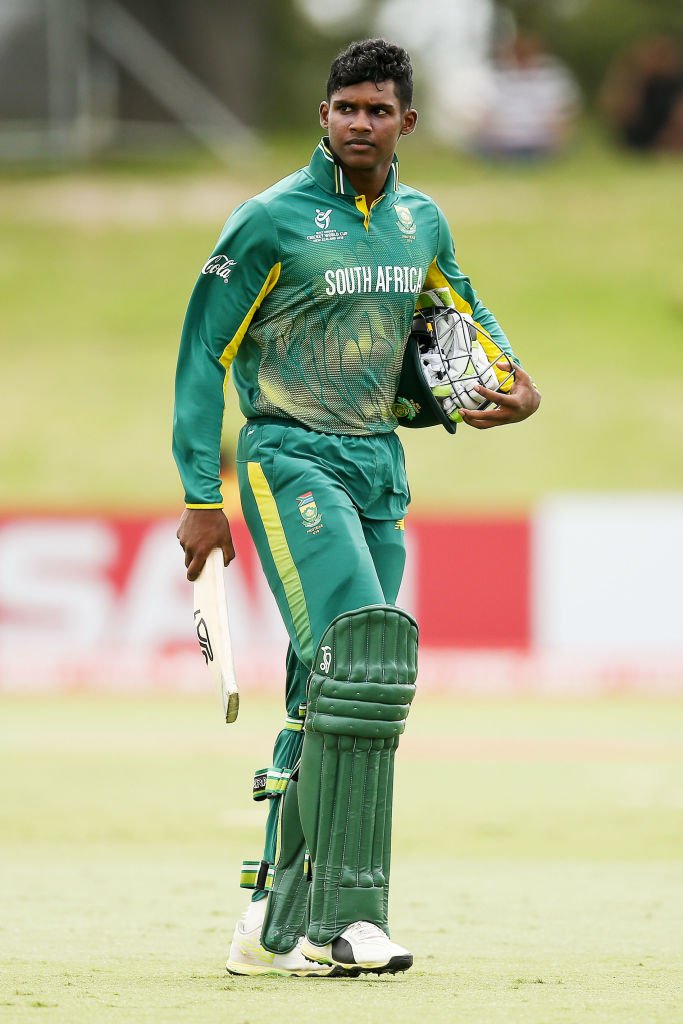 Rule 37.4, called ‘Returning the ball to a fielder’, states: “Either batsman is out obstructing the field if, at any time while the ball is in play and, without the consent of a fielder, he/she uses the bat or any part of his/her person to return the ball to any fielder.”

But, as is often the case with cricket, it wasn’t as straightforward as that.

Pillay was clearly not looking to try and gain an advantage – he was doing something that regularly happens at all levels of cricket. So was Stewart’s appeal in the spirit of the game? Should the umpires follow the laws to the letter, or use their discretion in such situations?

With his side having completed a comfortable win, South African coach Lawrence Mahatlane was very calm in his response to Pillay’s dismissal. “Our take is very simple,” he said. “We play to the laws of the game and it is a part of the laws.”

Stewart has since said: “I asked the question and it was given out based on the laws and the rules of the game. But on reflection it wasn’t in the spirit of the game. I think moving forward I would have withdrawn the appeal.”

The politically correct crew will say Rules are Rules … Buts let be honest this is a disgraceful way to claim a wicket … https://t.co/rH3vQaADnN

Needless to say, views across social media were less forgiving.

Former England captain Michael Vaughan said it was an “utter disgrace”, while ex-South Africa opener Hershelle Gibbs slammed what he saw as “poor umpiring”, calling it a “shocking decision”.

However, there were some, like former Australian fast bowler Mitchell Johnson and New Zealand batting coach Craig McMillan who saw the other side of the argument. They think that as harsh as the decision was, Pillay ultimately brought his downfall on himself.

“Batsman bat, bowlers bowl and please leave the ball to be picked up by the fielders,” McMillan wrote on Twitter. “Don’t pick up the ball and problem solved, not difficult.” Meanwhile, Johnson wrote: “Follow the rules, that’s the spirit of the game right?”

Others were quick to point out that West Indies’ youth sides seem to be particularly drawn to controversy.

Ridiculous! Ball was stationary! Not Out ! I know they are young but withdraw the appeal captain https://t.co/ouQ2YnSx6q

West Indies Under 19s were widely criticised in February 2016 when bowler Keemo Paul used a ‘Mankad’ to run out Zimbabwe batsman Richard Ngarava at the non-strikers’ end while bowling. The dismissal, in the last over, effectively secured a quarter-final spot at the Under 19 World Cup for the West Indies.

Former South African wicketkeeper Mark Boucher wrote: “Disgusting! Once again WI junior team involved in a matter that goes against the spirit of the game. Law or not, I’ve seen AB de Villiers, Steve Smith and Virat Kohli pass ball back to fielder. Follow their example youngsters! Play hard but play fair within spirit of game!”

While the parallels between the two incidents are easy to draw, the ‘Mankad’ is in fact much more black and white, as the non-striking batsman is looking to gain an advantage by backing up out of his crease. As the MCC clarified in November, the onus is on the non-striker to stay in his ground.

But where does that leave us with obstructing the field? As we have gathered, despite the controversy, West Indies captain Emmanuel Stewart was within his right to appeal for the wicket. The umpires simply followed the laws in giving the batsman out. The problem, therefore, lies with the laws.

Related Story: MCC: Deepti Sharma non-striker run out ‘was properly officiated and should not be considered as anything more’

Former West Indies fast bowler Ian Bishop believes the laws should be tweaked in order to avoid such a problem again. He told ICC: “I would advise the law itself needs to be looked at in the case where it is just a friendly way of throwing the ball back. The batsman was not trying to gain an advantage in doing anything, which is quite dissimilar to my view of running out the non-striker.”

The number of players past and present who commented on the incident shows just how strongly views are on the topic – and perhaps how the spirit of the game is open to interpretation. Over to you, MCC.